Ben-Hur has found its Esther and its Pontius Pilate

Ben-Hur has found its Esther and its Pontius Pilate October 15, 2014 Peter T. Chattaway 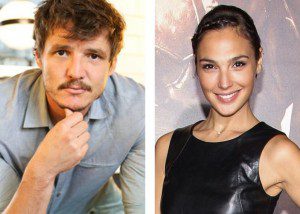 Timur Bekmambetov’s upcoming remake of Ben-Hur may be different from the 1959 version in a number of ways, but in one way it will be remarkably similar: it will feature an Israeli beauty-contest winner as Esther, the Jewish slave girl that Judah Ben-Hur falls in love with.

In 1959, the part was played by Haya Harareet, who won one of the first beauty contests in Israel after that nation came into being in 1948; and now, according to The Hollywood Reporter, the part will be played by former Miss Israel Gal Gadot.

The interesting thing about this is that Gadot has made a name for herself lately as an action movie star. She got her start on the big screen doing her own stunts in the last three Fast & Furious films, and she was recently cast as the superhero Wonder Woman in Batman V Superman: Dawn of Justice and its various spin-offs.

It’s been a while since I read the original novel, but I think it’s safe to say that nothing about Gadot’s Ben-Hur character will require her to flex those muscles… unless they’ve given the story an even bigger rewrite than we thought! (Well, Bekmambetov is the guy who directed Abraham Lincoln: Vampire Hunter, so who knows?)

Meanwhile, Deadline reports that Game of Thrones co-star Pedro Pascal is in talks to play Pontius Pilate. (Did having the initials P.P. help him snag the part?)

Pilate wasn’t a particularly major character in the 1959 film, but Deadline says he “plays a significant role in this version of Ben-Hur, which hews closer to the 1880 Lew Wallace novel and its parallel storyline [about] Jesus Christ”.

Pascal, incidentally, was born in Chile but grew up in the United States.

Here’s a video tribute to Harareet that someone posted to YouTube last year:

And here’s the scene from the 1959 film in which Judah Ben-Hur meets Pontius Pilate for the first time (the meeting takes place after the 2:30 mark):

October 16 update: I have revised and simplified the opening paragraphs of this post, which originally tried too hard to shoehorn in a reference to Israeli actress Elana Eden and her role as the (non-Israelite!) protagonist in The Story of Ruth.

October 17, 2014Exodus: Gods and Kings: lots of new photos and new plot details as the studio previews up to 45 minutes of footage
Recent Comments
0 | Leave a Comment
"In 1972, yes. The movie was made in 1956 but the ratings system didn't exist ..."
Peter T Chattaway One of the reasons I do ..."
"And to think... this movie was rated G? It was."
Bishop One of the reasons I do ..."
"John 7:5 states explicitly that the brothers of Jesus did not believe in him, at ..."
Peter T Chattaway The Chosen starts shooting its second ..."
"Thanks. There is a whole other anecdote in between those two verses. Other relatives, sure, ..."
tmirus The Chosen starts shooting its second ..."
Browse Our Archives
get the latest from
FilmChat
Sign up for our newsletter
POPULAR AT PATHEOS Entertainment
1