Exodus: Gods and Kings: lots of new photos and new plot details as the studio previews up to 45 minutes of footage 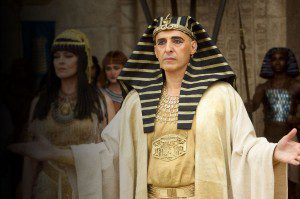 The publicity campaign for Exodus: Gods and Kings is stepping up, just a month and a half before the film opens overseas (click here for the release dates).

20th Century Fox, which already screened about half-an-hour of footage for the media two weeks ago, screened even more footage for reporters in New York and Los Angeles yesterday, and plans to do the same in Washington DC next week. The footage may have also screened in Toronto, to go by a report that appeared in the Toronto Sun on Wednesday.

Various details have leaked out from those screenings, and the studio has added to the new information by releasing some new pictures, including photos of actors we had not yet seen in any of the official press materials. Check ’em out below the jump.

By far the most detailed reports on the footage that I’ve seen so far are the ones posted by io9, Coming Soon and We Got This Covered. Among their revelations:

Regarding the “sexual pass” that Hegep makes, Vulture reported two weeks ago:

I noticed, too, that the more eyeliner a character wore, the more fey and villainous they were telegraphed to be. It’s set in Egypt, and everyone is dressed pretty eccentrically — “These are people who lived as gods, and therefore there is a reputation to uphold and a beauty to convey,” said Bale — but Edgerton’s glittery go-go god is a coward in battle, and Ben Mendelsohn’s venal character, clad in the most eye makeup out of anyone, comes onto Bale the first chance he gets. “Have I displeased you?” he minces. “And if so, is there any way I could please you?” Cue the downward glance.

Fey villains are nothing new in Ridley Scott films, alas. See, for example, the Knights Templar in Kingdom of Heaven, especially the one played by Marton Csokas.

Meanwhile, the Italian website Bad Taste has posted a few new items from their visit to the movie’s set, including interviews with production designer Arthur Max, who makes this interesting comment (as translated by Google):

We were also in a gold mine, a cave that serves as a base camp hidden Moses when he begins to do this sort of guerilla against the Egyptians.

Is this “guerrilla” campaign tied to the flaming arrows we saw in the recent trailer?

Bad Taste has also posted interviews with Aaron Paul, who plays Joshua (and who refuses to disclose whether the film will show Joshua arriving in the Promised Land), and costume designer Janty Yates (who says the Hittite armour was inspired by Mongolian and samurai armour to distinguish it from the Egyptian armour, which historically would have looked very similar; she also repeats Ridley Scott’s odd error of saying the film takes place in “3000 BC”, rather than 3,000 years ago).

And now for the pictures and videos.

The Tumblr page Subground of Mine posted two batches of mostly new photos today, including the picture at the top of this post, which gives us our best look yet at John Turturro as Seti (with Sigourney Weaver as Tuya behind him, to his right).

Another photo gives us our first look at Indira Varma as… well, the IMDb says she’s playing Miriam, but she doesn’t look like the Miriam whose arm Ramses almost chops off, and the movie’s official website says Varma is playing the “High Priestess” (possibly the same one that Ramses executes when she can’t stop the plagues?): 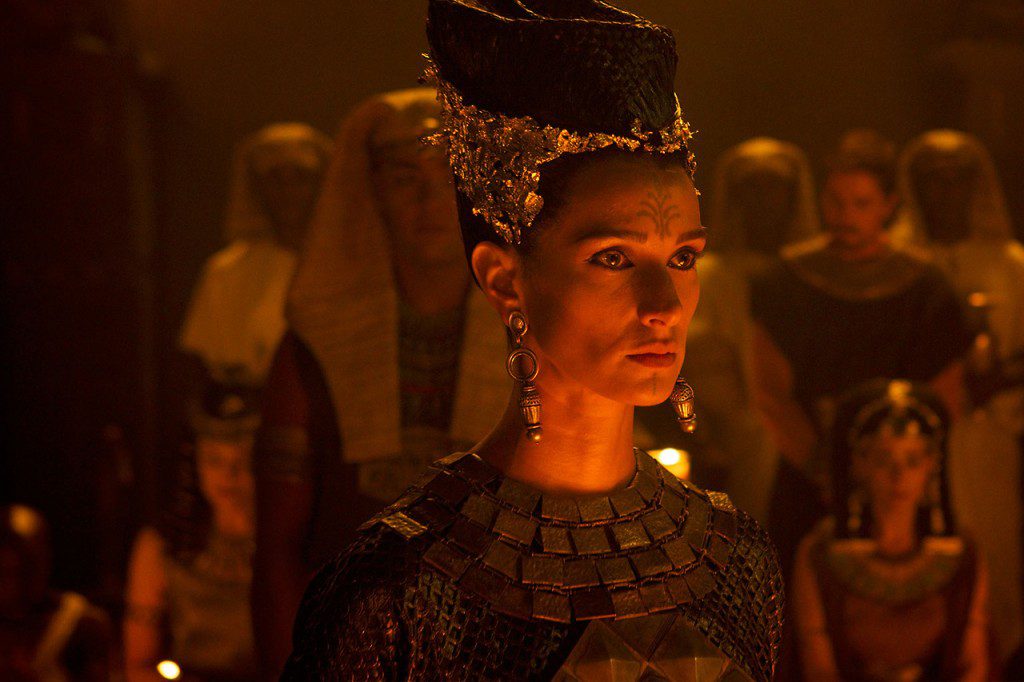 Then there’s our first look at Ben Mendelsohn as Hegep: 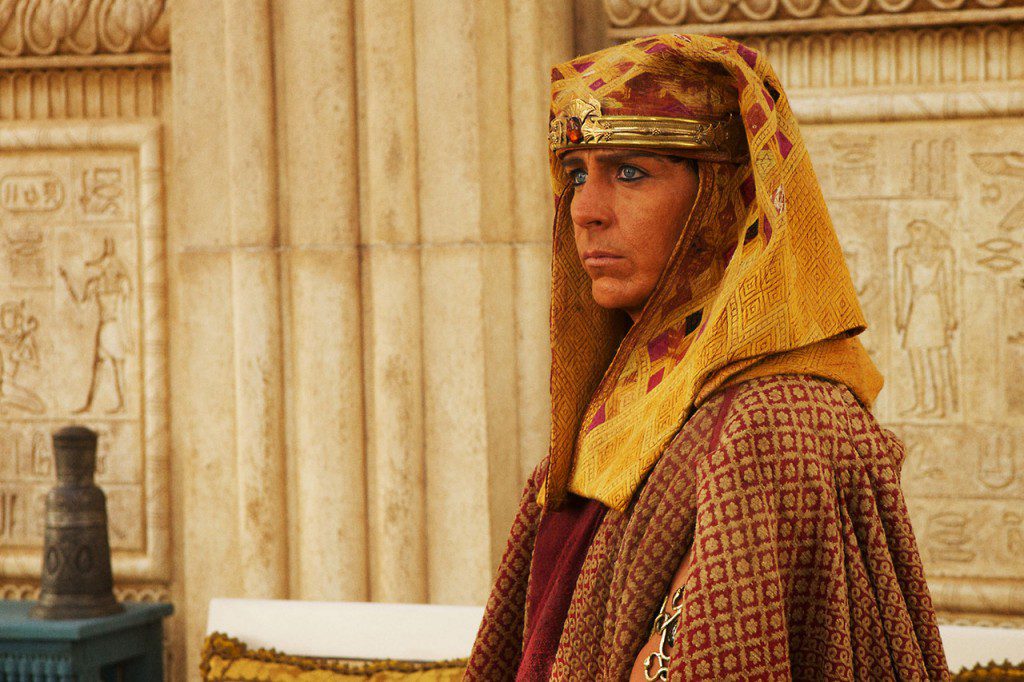 Plus we get our best look yet at Dar Salim as Ramses’ general Khyan: 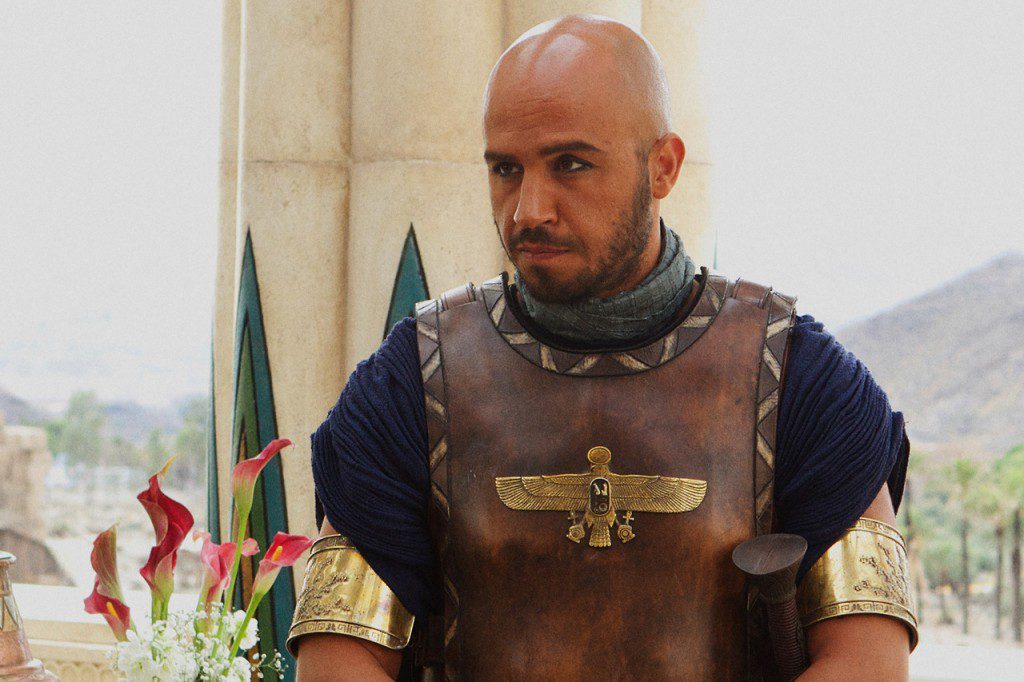 And then there’s this picture of Golshifteh Farahani as Ramses’ wife Nefertari: 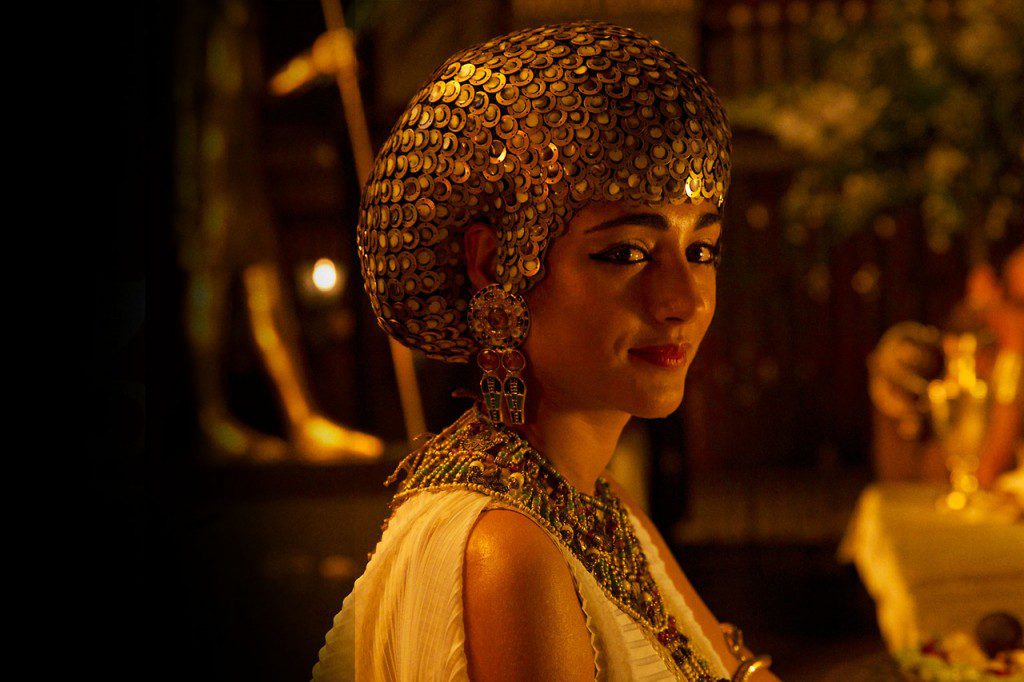 Here’s a shot of Ben Kingsley as Nun (with that anachronistic symbol behind him): 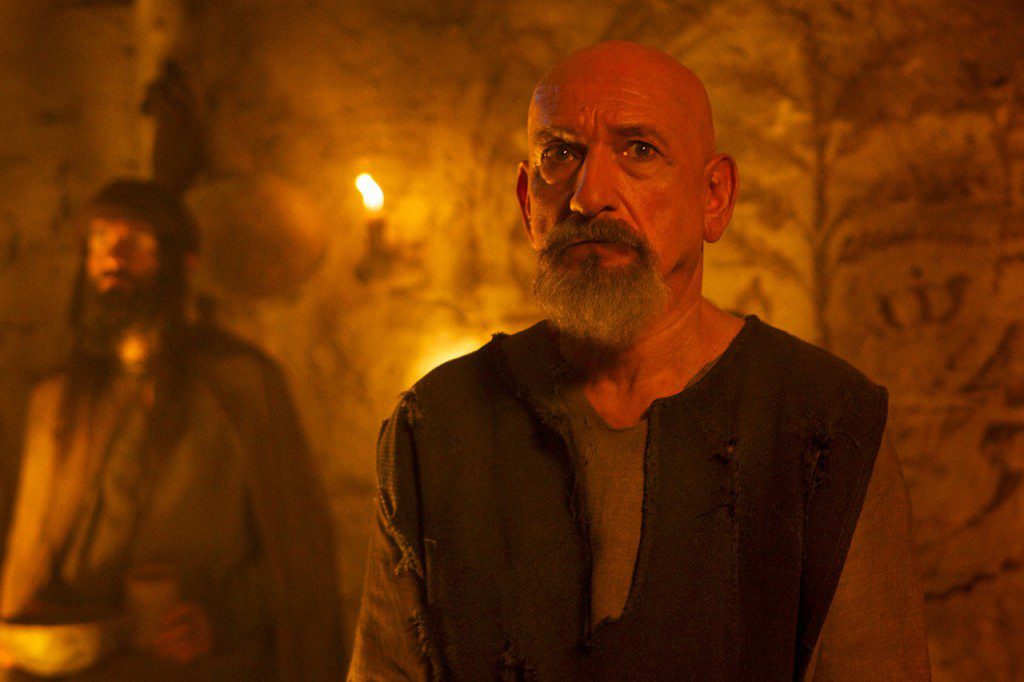 And here’s Aaron Paul as Joshua: 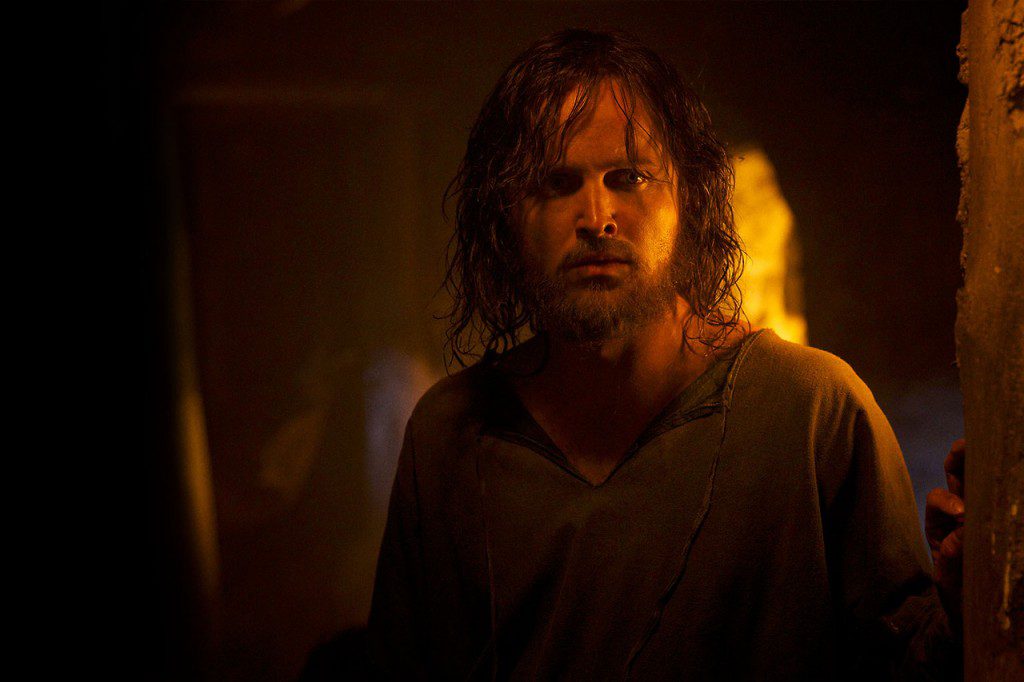 Here’s a picture of Sigourney Weaver as Seti’s wife (and Ramses’ mother) Tuya that we’ve seen before, but cropped differently (and somewhat oddly, I’d say): 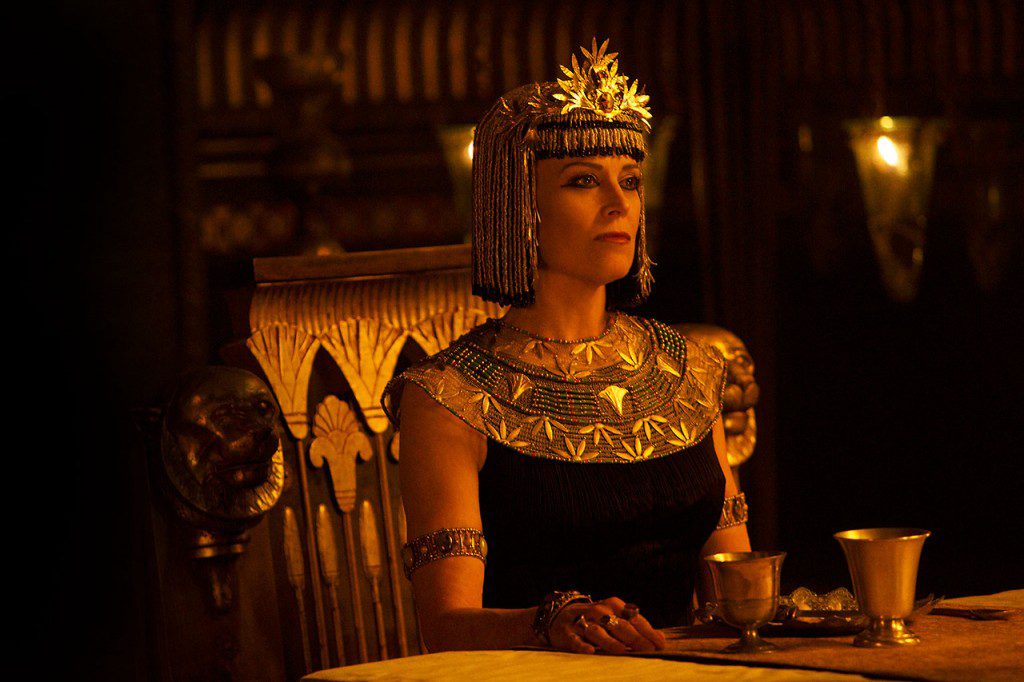 Here’s a picture of Maria Valverde as Moses’ wife Zipporah that we’ve seen before, but cropped just a little less tightly: 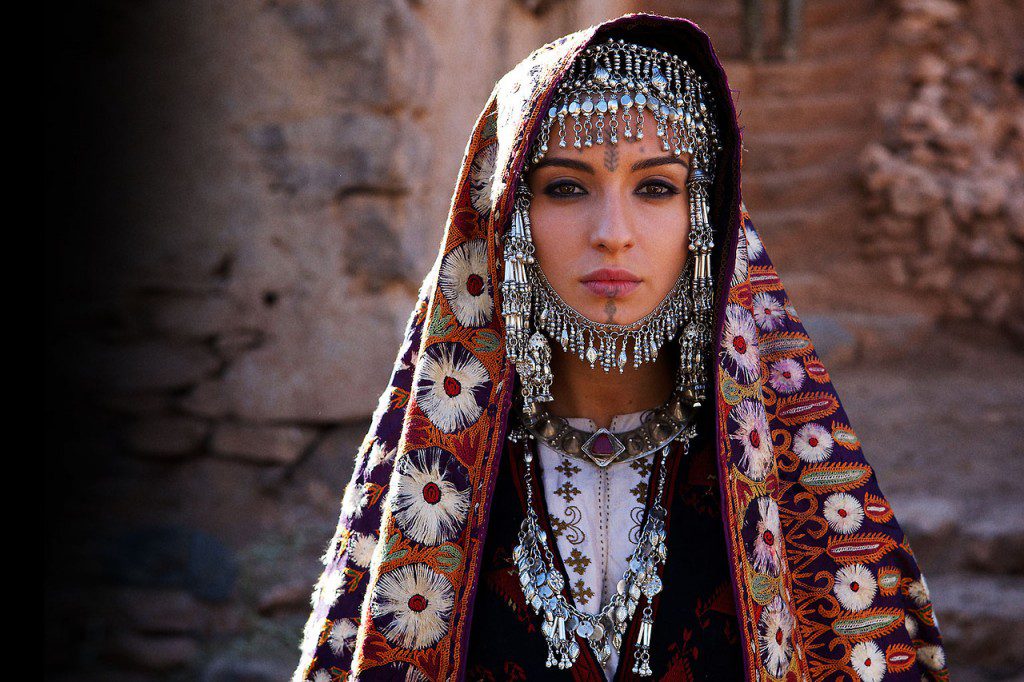 Here are pictures of Christian Bale as Moses and Joel Edgerton as Ramses that resemble many pictures we have already seen, though I can’t tell at this point whether we’ve seen these exact shots before (it’s all becoming a blur…): 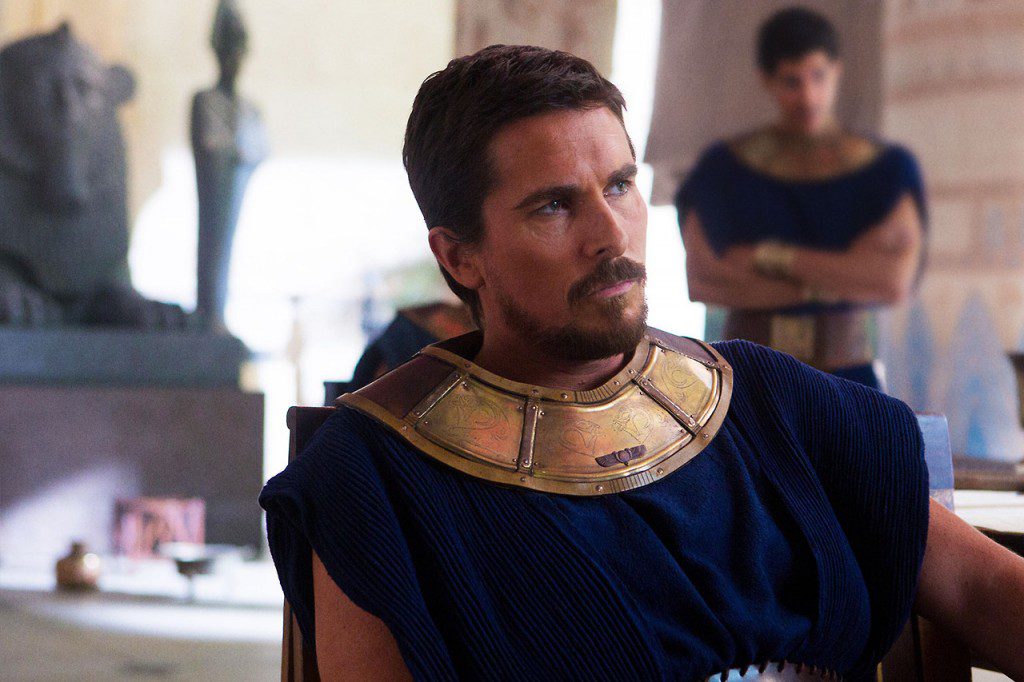 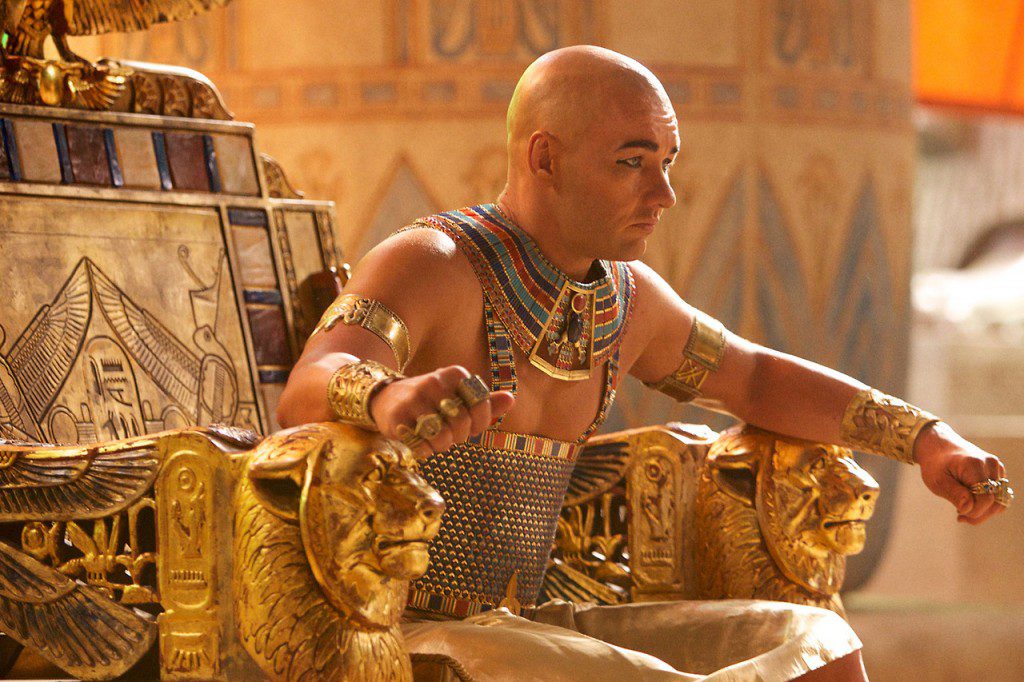 And here’s a shot of director Ridley Scott directing: 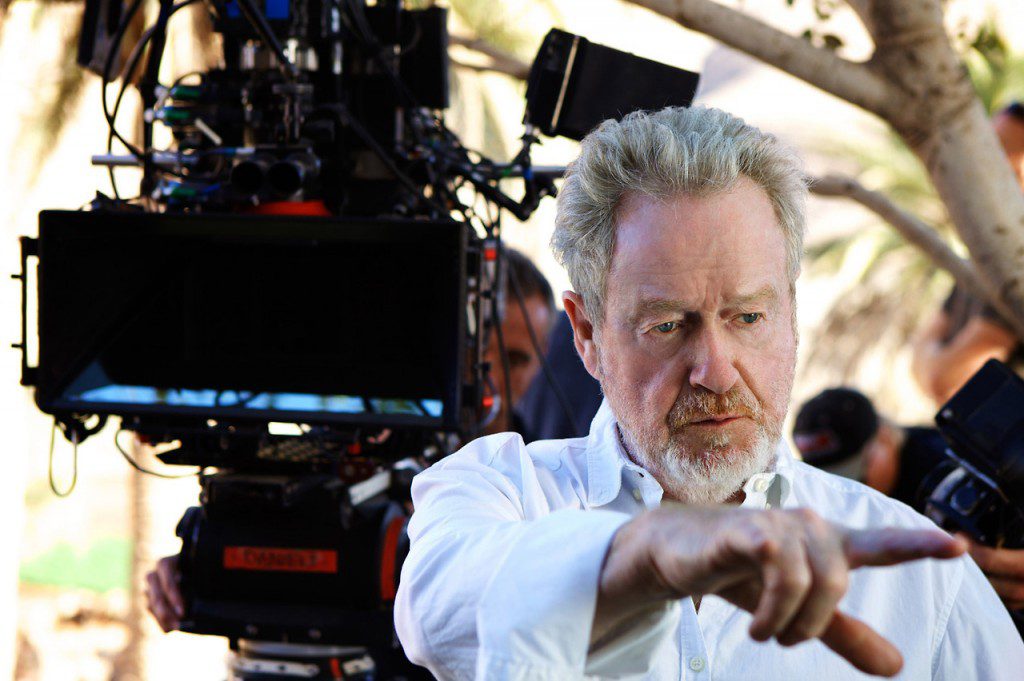 In addition to all these new pictures, the website PR Syria has this picture of Ghassan Massoud in costume as the Pharaohs’ adviser: 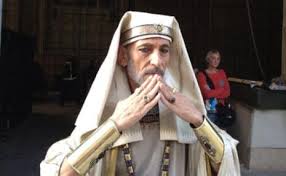 Finally, the film’s Facebook page has posted a series of photos and GIFs and ultra-brief video interviews over the past two weeks. Here’s a different version of the picture of Bale as Moses that I posted just a few images ago: 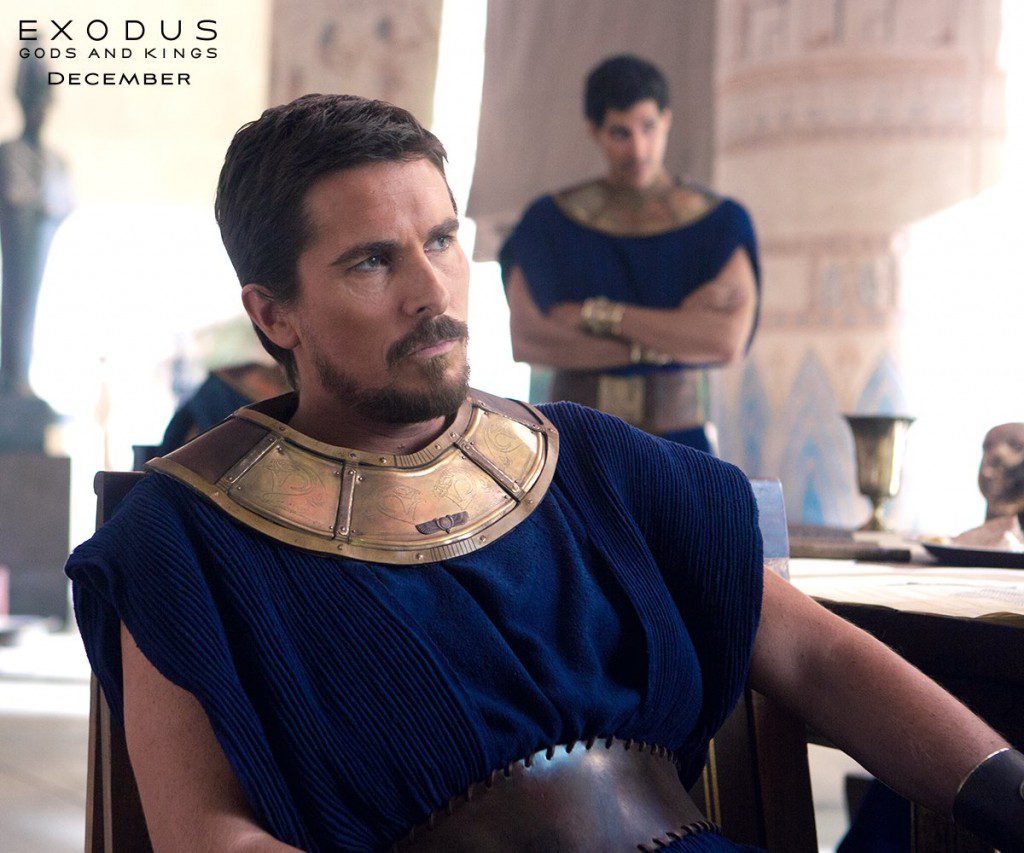 And then there are these: 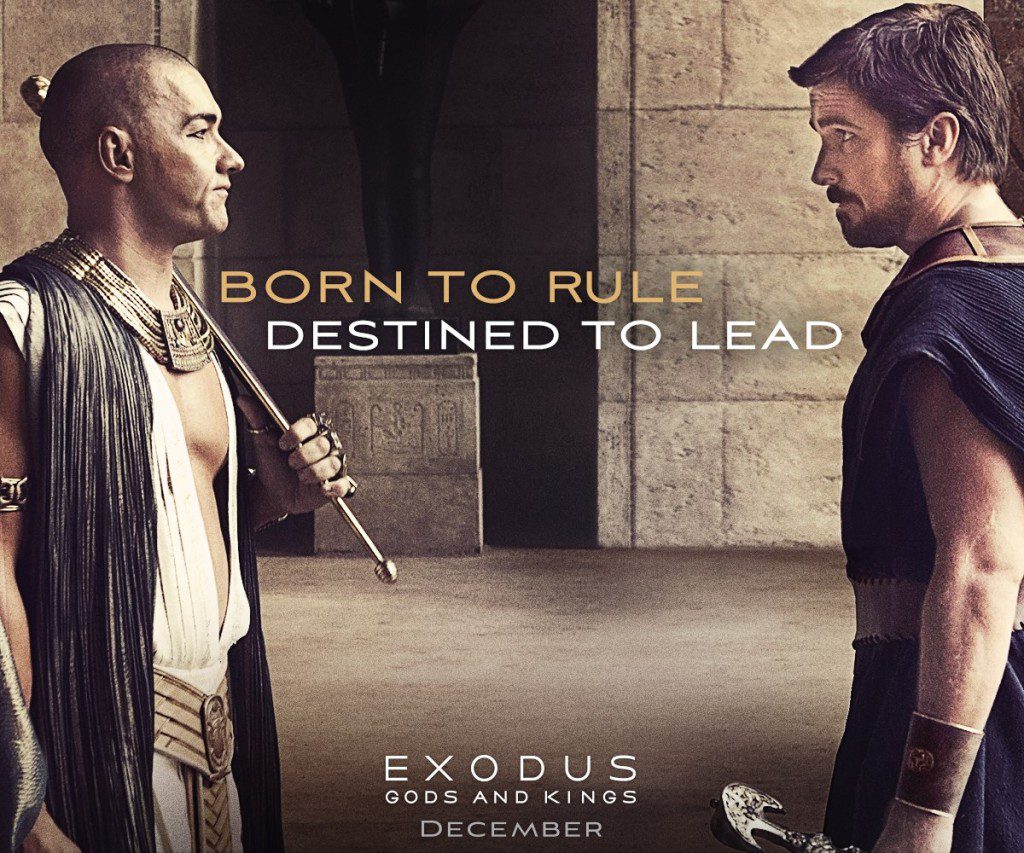 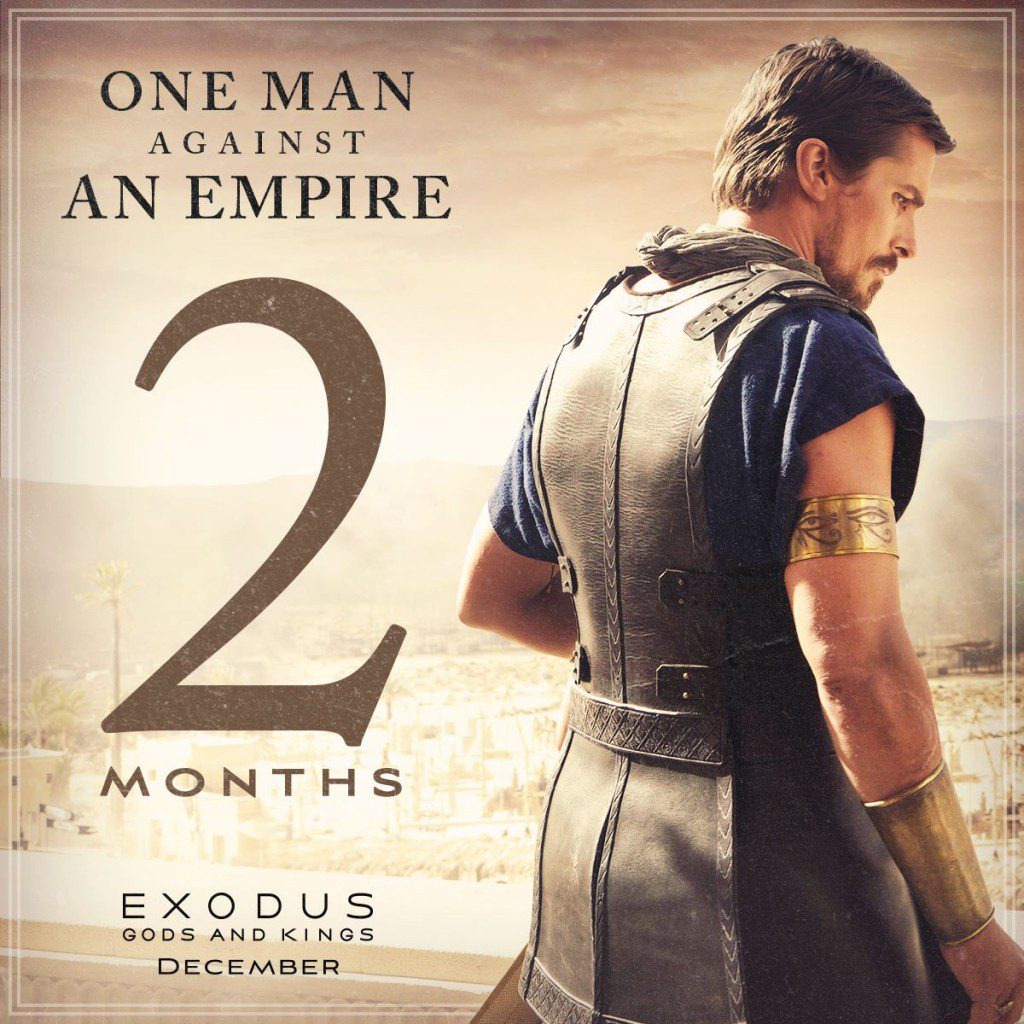 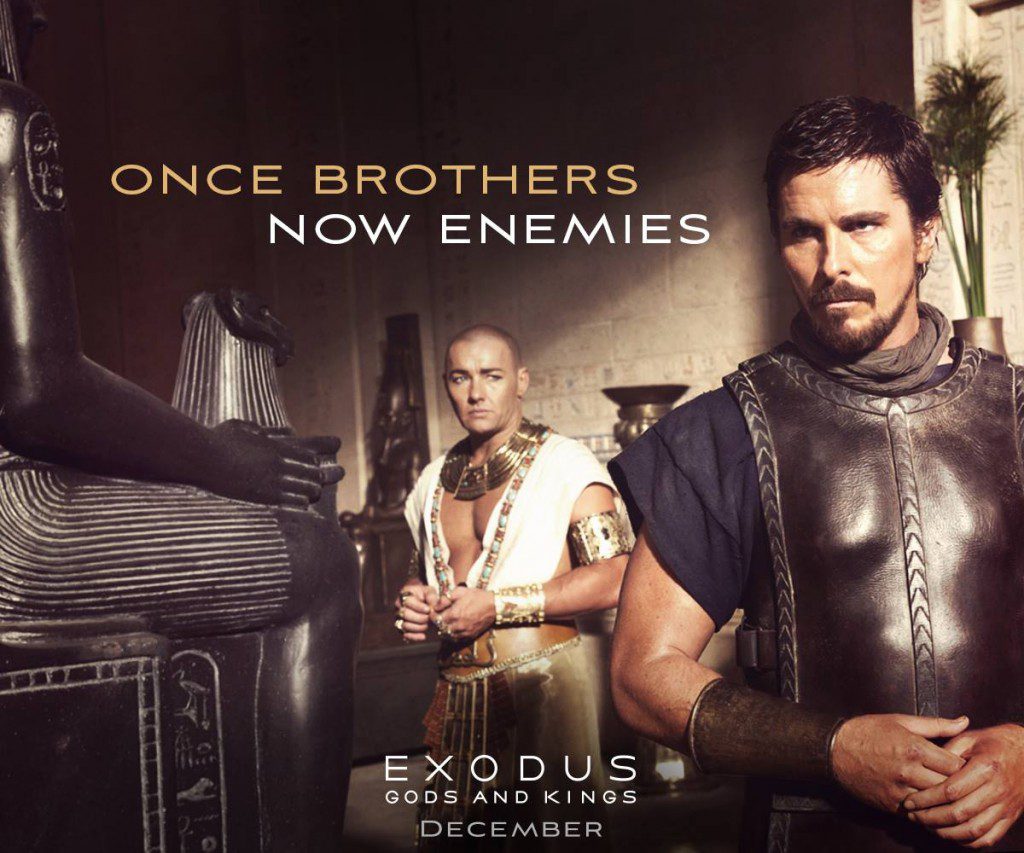 The Facebook page also posted the following GIFs based on the second trailer:

And finally, the Facebook page posted two micro-interview clips. Here are 14 seconds of Christian Bale describing how Ramses and Moses were brought up:

And here are 12 seconds of Ridley Scott praising Christian Bale:

Update: I have revised this post to take into account the reports that were posted by Coming Soon and We Got Covered shortly after I first finished this post.

October 15, 2014
Ben-Hur has found its Esther and its Pontius Pilate
Next Post

October 17, 2014 Regina Hall to star in a thriller called The Surrogate. Is this identical to the movie Halle Berry almost starred in?
Recent Comments
0 | Leave a Comment
Browse Our Archives
Related posts from FilmChat