Ridley Scott on the “very modern” monotheism of Moses 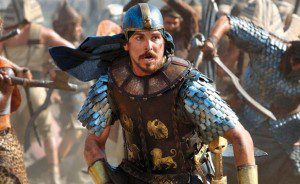 There’s a new article about Ridley Scott’s Exodus in Première magazine, and it has some interesting new details about the film and the way Scott, an agnostic, is approaching the story of Moses. My French is a little rusty, but with a little help from Google Translate, I was able to glean this much from the article:

That final quote from Scott plugs in nicely to that other recent quote of his, in which he indicated that Moses will have a crisis of faith early in the film.

The idea here seems to be that Moses starts out as a polytheist, has a crisis of faith, and then becomes a monotheist — though how much of his monotheism will be due to divine intervention and his Hebrew roots on the one hand, and how much of it is something that plays out on a purely personal or psychological level on the other hand, remains to be seen. (Sigmund Freud, for one, speculated that Moses got the idea for monotheism from the pharaoh Akhenaten, who reigned just a few generations before this movie takes place, and who abandoned Egyptian polytheism in favour of a religion devoted to the sun-god. Will the movie tap into any of those theories?)

In fact, given Scott’s other comments in that earlier story, about Moses questioning the idea of an afterlife etc., and given that it seems this film may take the unusual step of showing Moses at the funeral of Seti, I almost wonder if Moses’ crisis of faith will be precipitated by the death of his adoptive father. As ever, we shall see.

You can check out the original French article here: 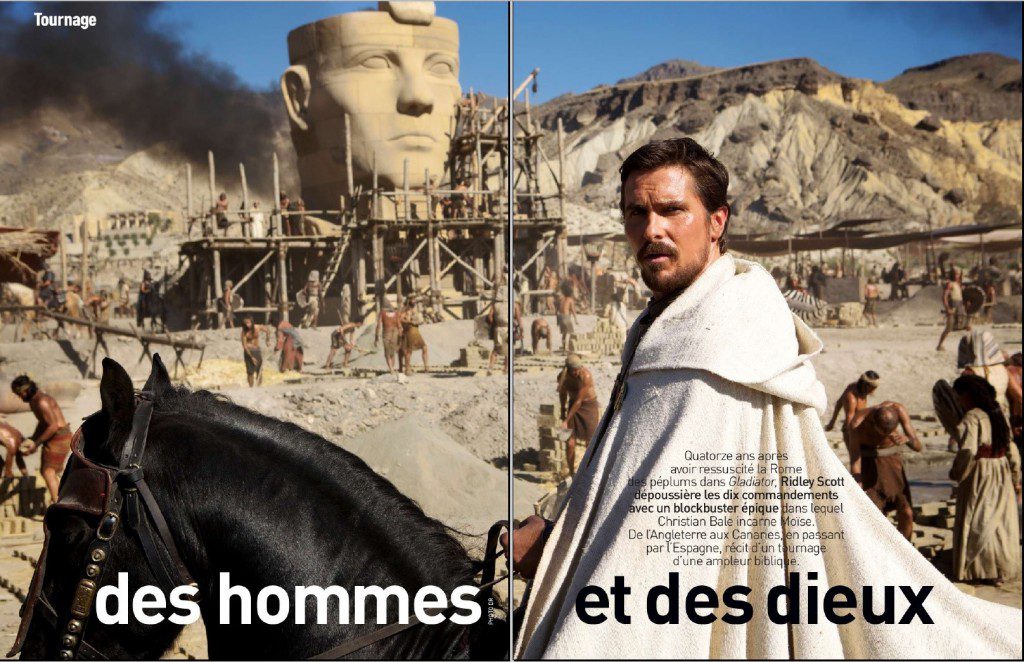 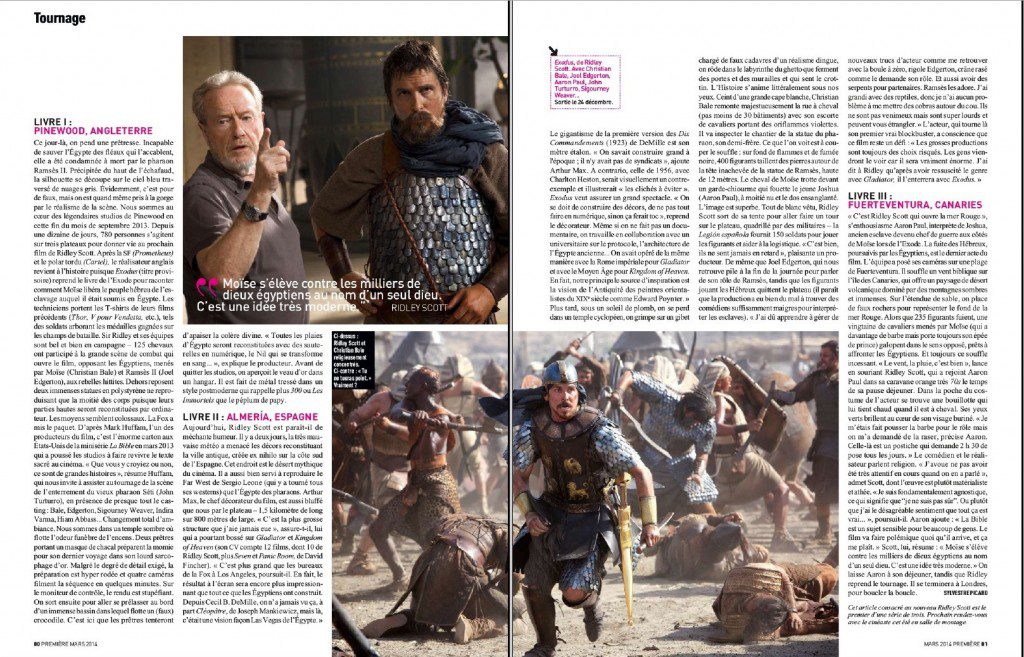 March 4, 2014
Two more op-ed pieces by Christians who have seen Noah
Next Post