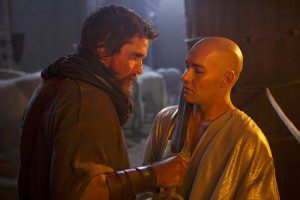 At least fourteen photos and three posters were released this month during the run-up to the first trailer for Exodus: Gods and Kings. Now, thanks to a website called Pissed Off Geek, we have at least three more images for our collections.

The most striking, to me, is this shot of Moses holding a sword to Ramses’ throat, which was hinted at in the trailer but is much more explicit in this photo. And look at how much taller Moses is! I can’t think of another movie about the Exodus that made Moses so much more physically imposing, even threatening, than the Pharaoh he confronts. Even Charlton Heston, for all his statuesque poses, was content to proclaim things, point his fingers, and let God and his miracles take care of the rest. (And the Pharaoh opposing him was played by Yul Brynner, who was no slouch in the alpha-male department himself.)

You have to assume that the film will at least take the position that slavery is bad and the slave-based system overseen by Ramses needed to be overthrown. But will Moses come across as heroic in the way he goes about overthrowing it? So far, everything we have seen — in the trailer and in the photos — leads me to wonder if Ridley Scott is casting Moses as a sort of religious fanatic who will test our sympathies even though his cause is righteous, not unlike Noah in Darren Aronofsky’s film.

I could be wrong, though. We’ll find out in five months.

In the meantime, here are the other two new (to me, at least) photos. The first shows Moses on horseback, being stopped by some Egyptian soldiers: 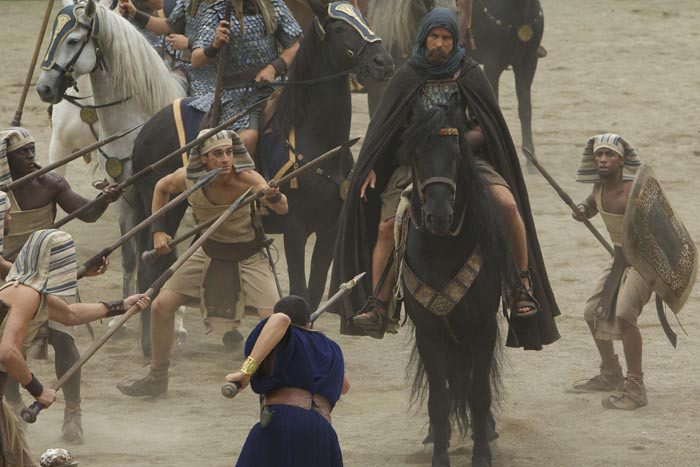 And the second shows Moses in his younger, prince-of-Egypt days: 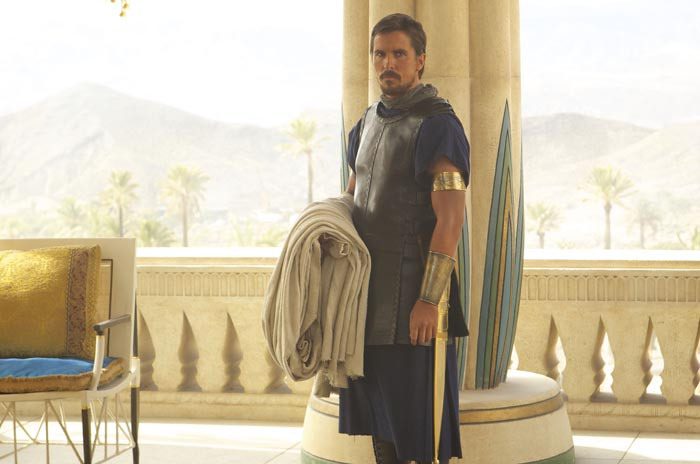 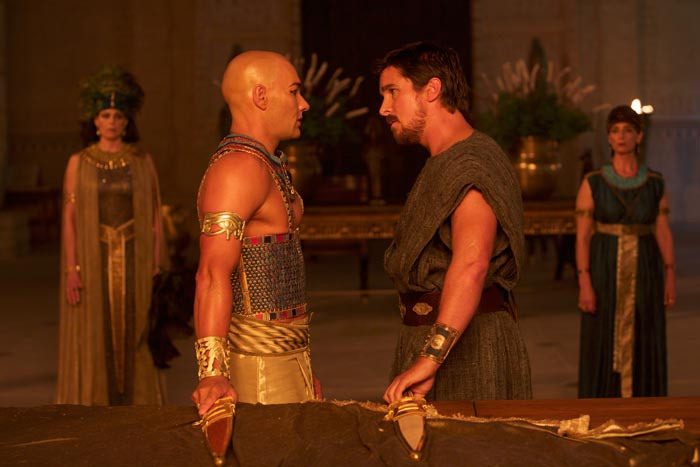 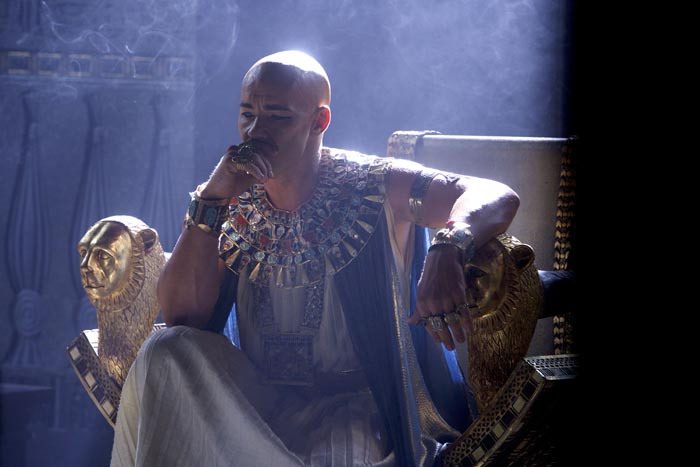 …and by Entertainment Weekly: 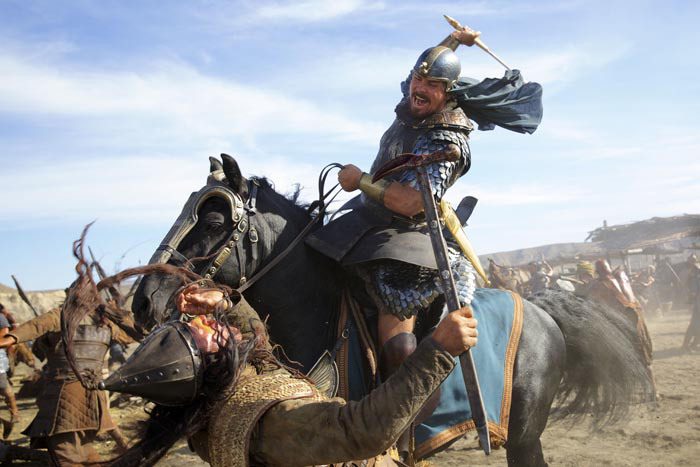 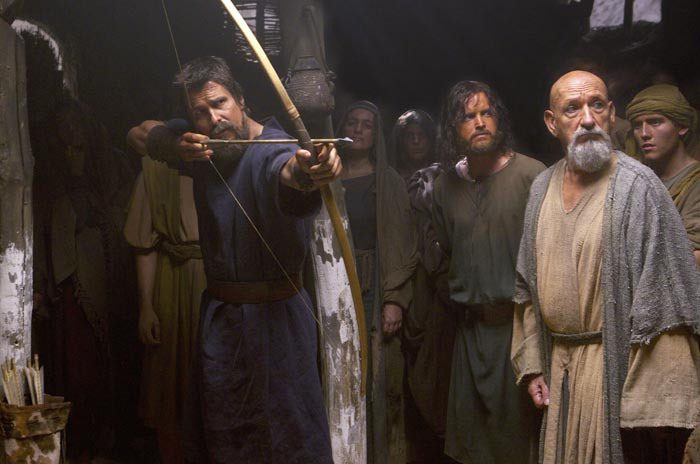 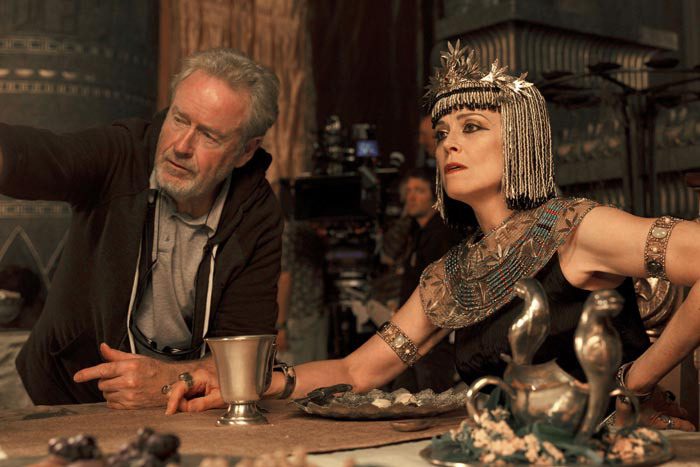 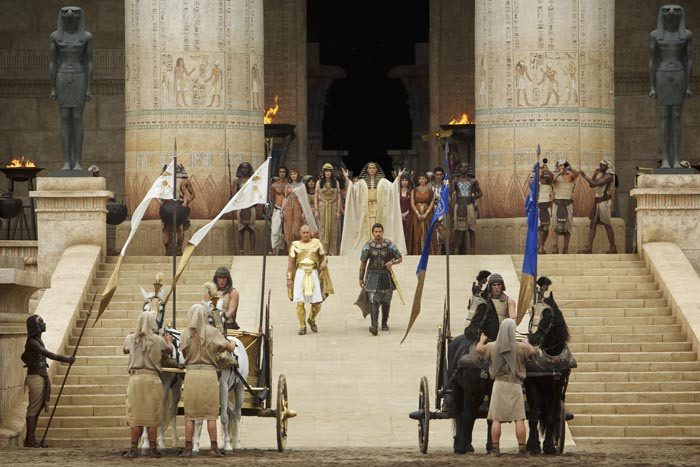 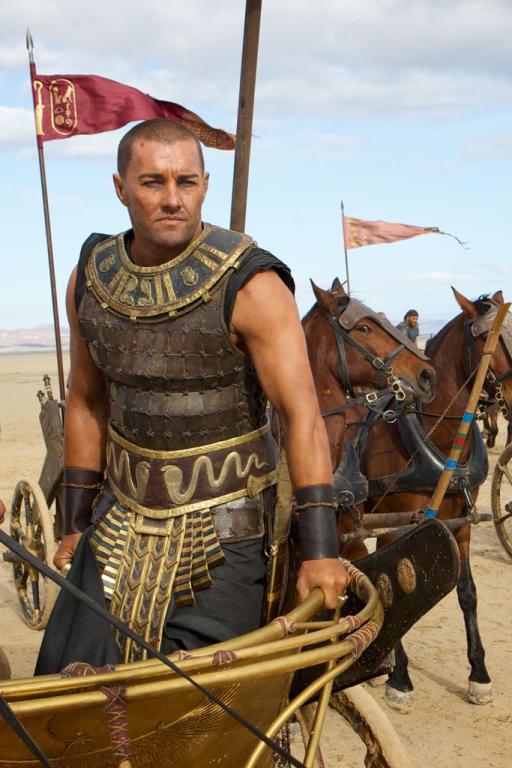 Finally, just for fun, here’s an instagram from the set of Exodus that was posted two weeks ago, which features Christian Bale in a costume I don’t think we’ve seen before: 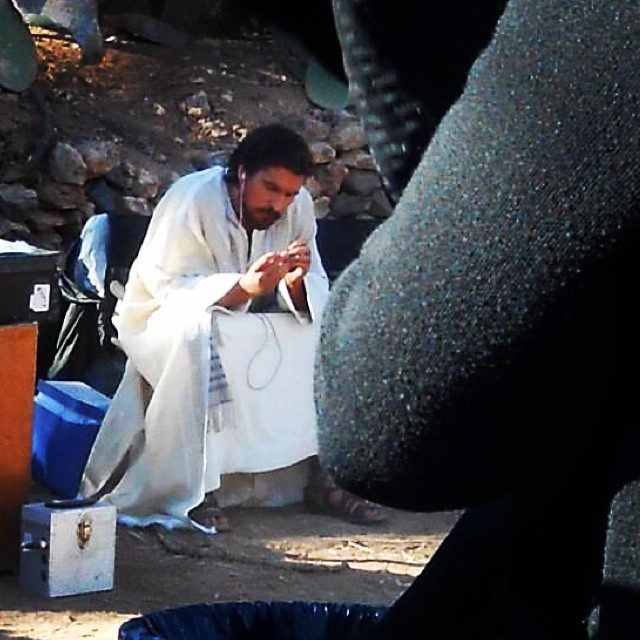 July 16, 2014
The Pasolini-directed movie about St Paul that never was
Next Post

July 18, 2014 Hillsong United documentary tweaks its Easter release date
Recent Comments
0 | Leave a Comment
"Animation would uniquely allow the creator to show the genitalia without getting into the waters ..."
Kellen The naked Christ in film: birth, ..."
"Gentlepersons:While I am a lifelong Christ-follower and served as Chaplain to a graduate program in ..."
Darrell A. Harris Exclusive: Patrick and Paul Aiello on ..."
"I know this is from 5 years ago, but I just got around to seeing ..."
digital bookworm Exclusive: Watch the trailer for Becoming ..."
"Thanks so much for making this list. I was thinking of doing something similar, but ..."
Bill Kudrle The Chosen — season one scripture ..."
Browse Our Archives
Related posts from FilmChat