Moses and the Pharaoh have swords in new Exodus posters 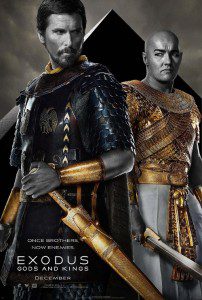 The first posters for Exodus: Gods and Kings are here — and for a film that is supposedly going to be promoted as the next big battle epic from the director of Gladiator, it’s striking to see how sombre and lacking in action these first promotional images are.

They’re also strangely colourless. As you can see from the main poster to the right — which shows Christian Bale as Moses and Joel Edgerton as Ramses kind of glaring at each other while they touch their swords — the images are essentially black-and-white, except for gold-tinted highlights and just a hint of blue.

I also can’t recall ever seeing a Moses movie that made a pyramid as central to its imagery as this poster does. It gives the poster an Illuminati-esque feel, and I’m afraid the first thing it brings to mind is the fact that Exodus director Ridley Scott is attached to an HBO series which will play on the idea that the ancient Egyptian civilization was built in part with help from aliens.

Anyway, here’s a larger version of the main poster: 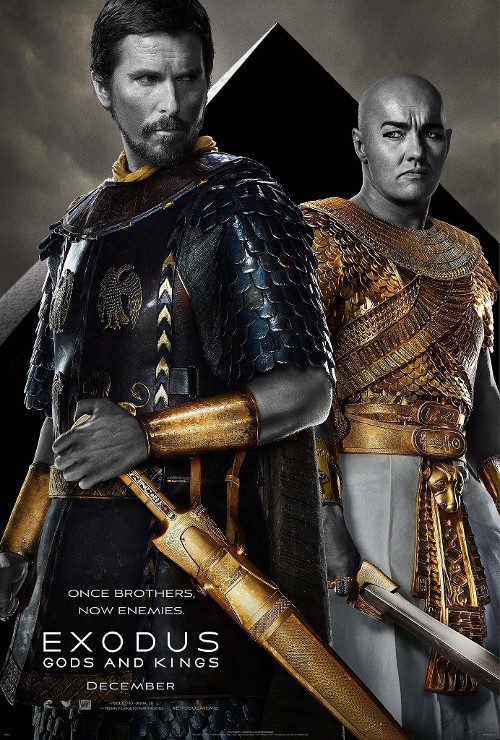 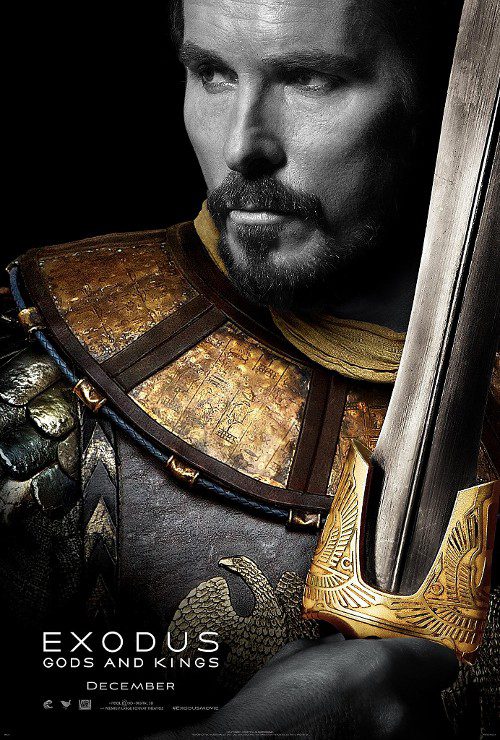 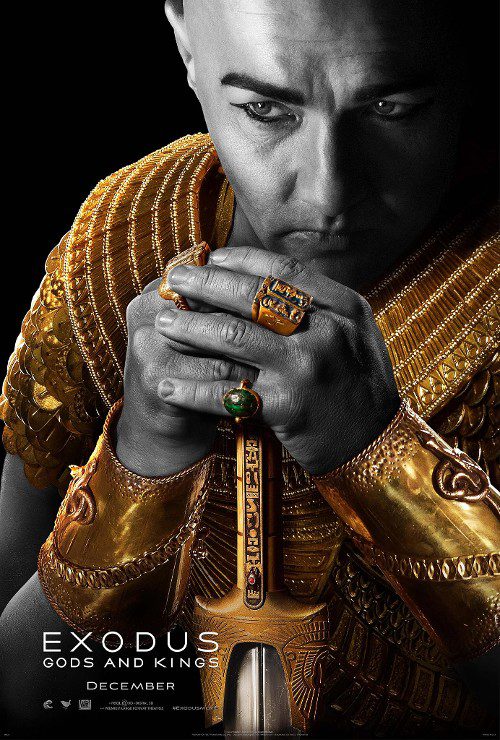 To get a sense of how static these images are, compared to the posters for other recent ancient epics, here are the original domestic and international posters for Noah, which emphasize apocalyptic disaster — the falling rain! the crashing waves! — and the threat of violence posed by the weapon in Noah’s hand: 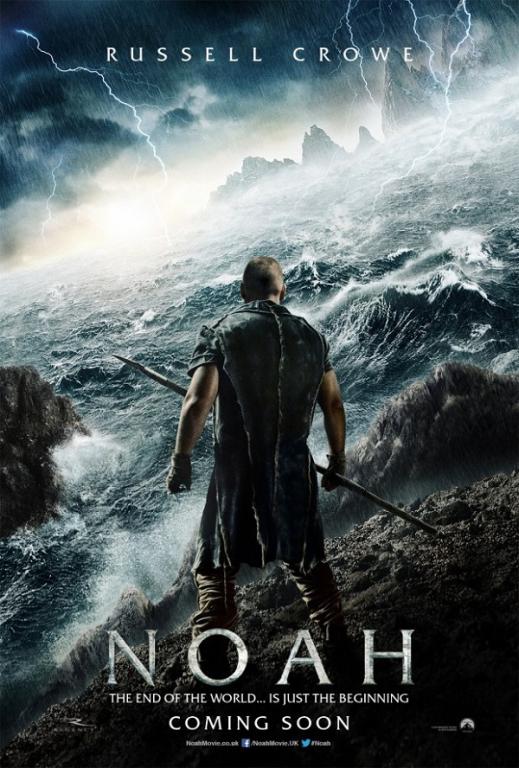 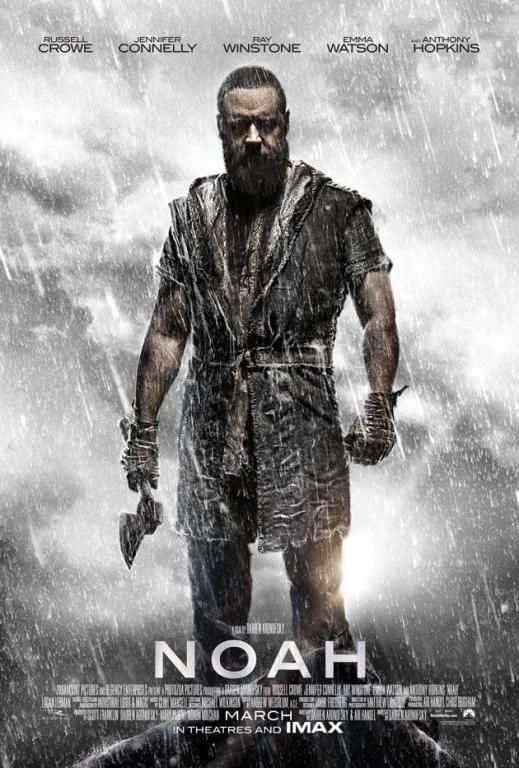 And here is the poster for Son of God, the bottom portion of which emphasizes the turmoil between the Jewish protestors and their Roman occupiers: 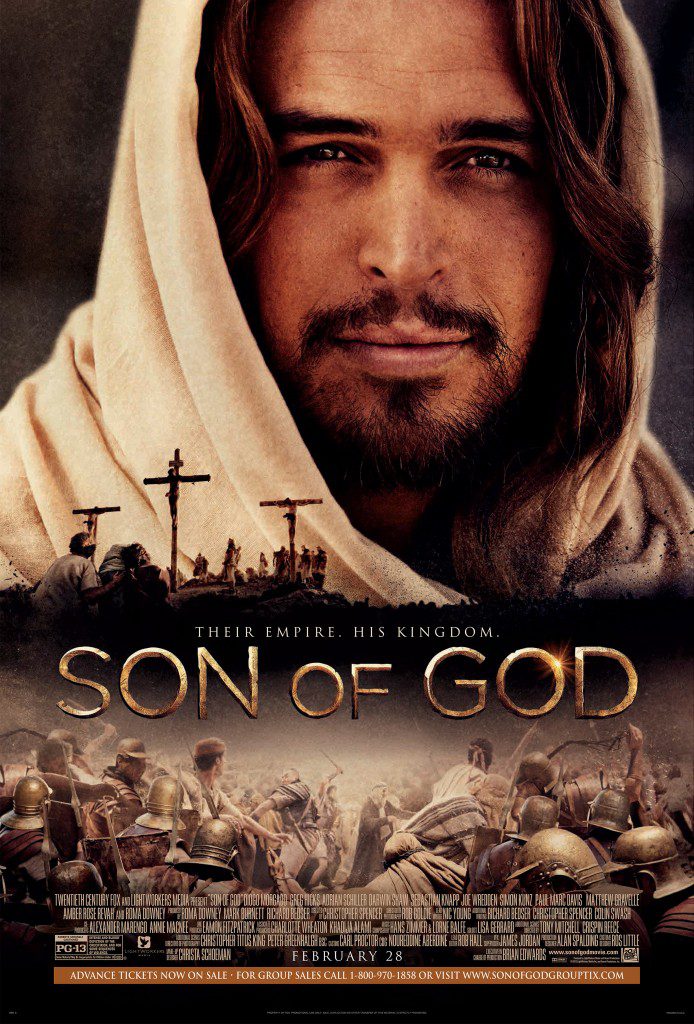 You could argue that the original poster for Gladiator was somewhat static too — just Russell Crowe holding a sword — but notice the words rising behind him: 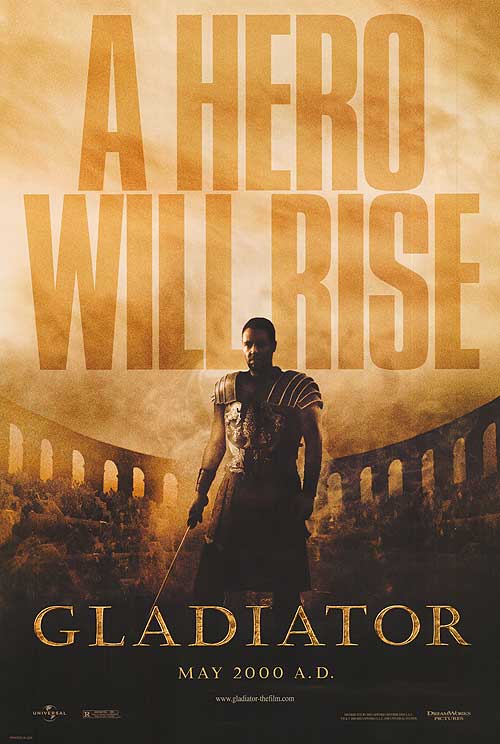 And certainly the poster for Scott’s subsequent epic, Kingdom of Heaven, was a lot more dynamic than the posters for Exodus: Gods and Kings: 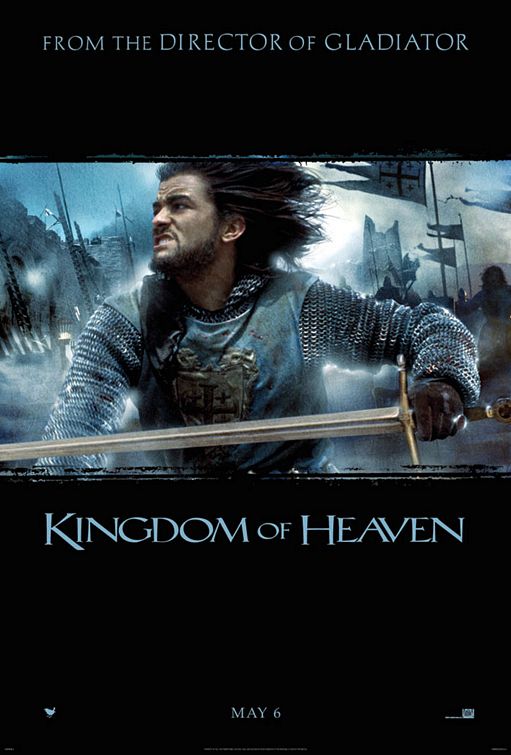 Ah well. The new movie isn’t due for another five months, and we’ll probably see even more posters before it comes out. Hopefully the next ones will be better.

July 8, 2014
Box-office update: Poor July 4 attendance affects two movies with a faith hook that are not "faith-based" movies
Next Post

July 8, 2014 Ridley Scott signs on to produce a movie about King David
Recent Comments
1 Comment | Leave a Comment
"Animation would uniquely allow the creator to show the genitalia without getting into the waters ..."
Kellen The naked Christ in film: birth, ..."
"Gentlepersons:While I am a lifelong Christ-follower and served as Chaplain to a graduate program in ..."
Darrell A. Harris Exclusive: Patrick and Paul Aiello on ..."
"I know this is from 5 years ago, but I just got around to seeing ..."
digital bookworm Exclusive: Watch the trailer for Becoming ..."
"Thanks so much for making this list. I was thinking of doing something similar, but ..."
Bill Kudrle The Chosen — season one scripture ..."
Browse Our Archives
Related posts from FilmChat