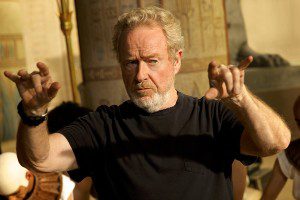 Another day, another batch of new photos from the set of Exodus: Gods and Kings. And would it surprise you to learn that most of them consist of variations on themes that have already been covered by the other photos that have been released over the last few months? No, didn’t think so. So what we have are more pictures of Moses and Ramses riding chariots and sitting around in Egyptian palaces, a new photo of Maria Valverde modeling Zipporah’s wedding jewelry, and more pictures of director Ridley Scott pointing at things and talking to his actors. Check them all out below the jump.

First, the Italian website Bad Taste posted what they promise will be the first part of an ongoing series of reports from their visit to the set back in November 2013.

They haven’t really said much about the film itself — yet — but they did reveal the photo at the top of this post, as well as the next four photos below: 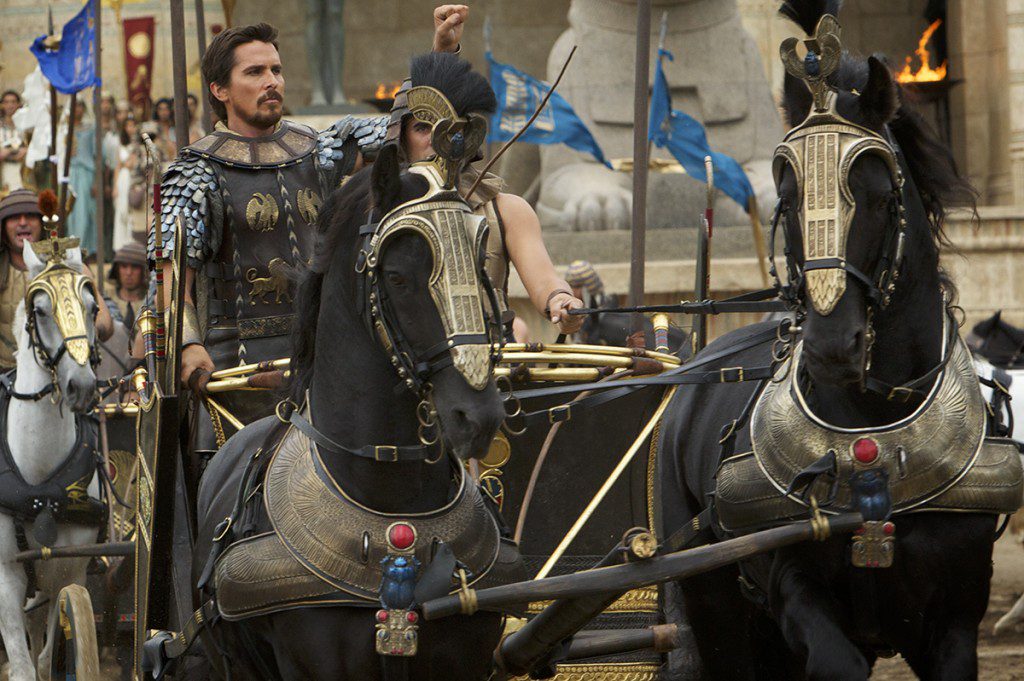 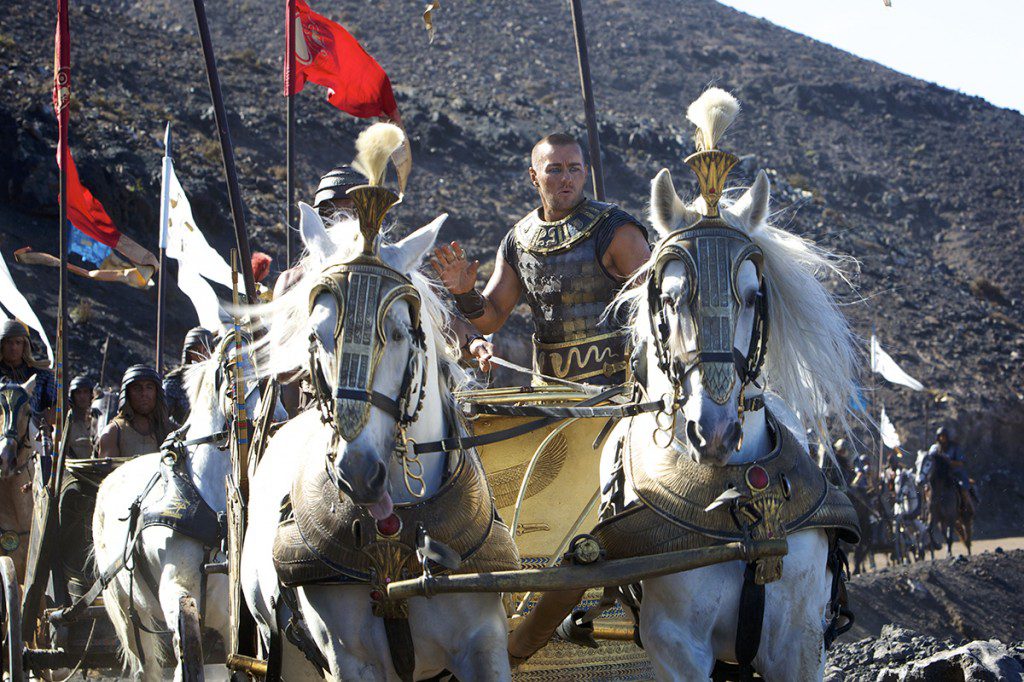 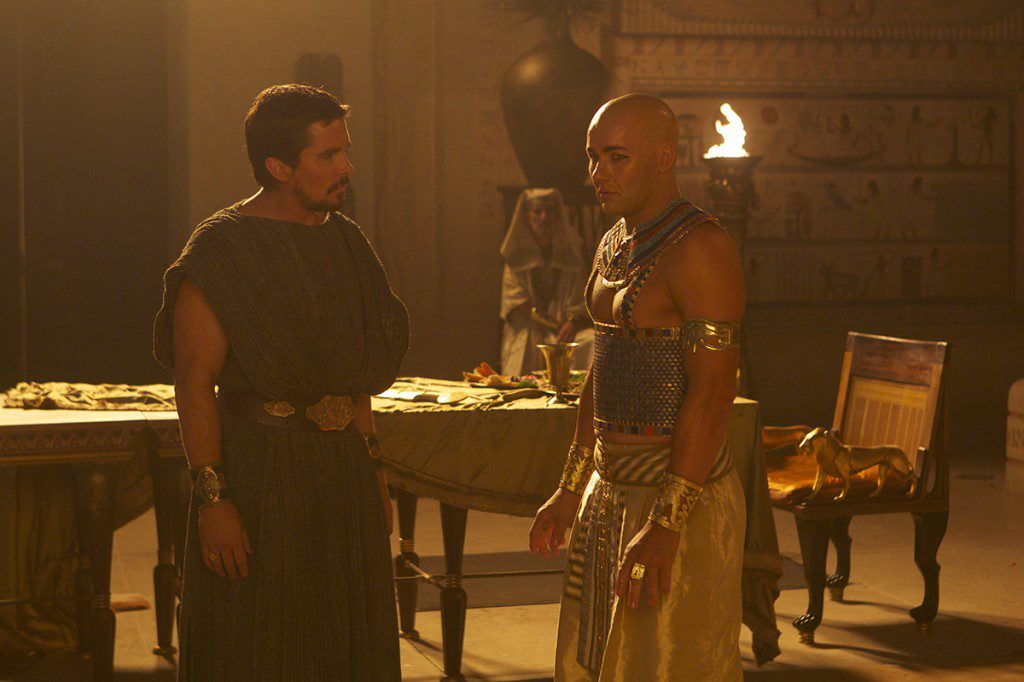 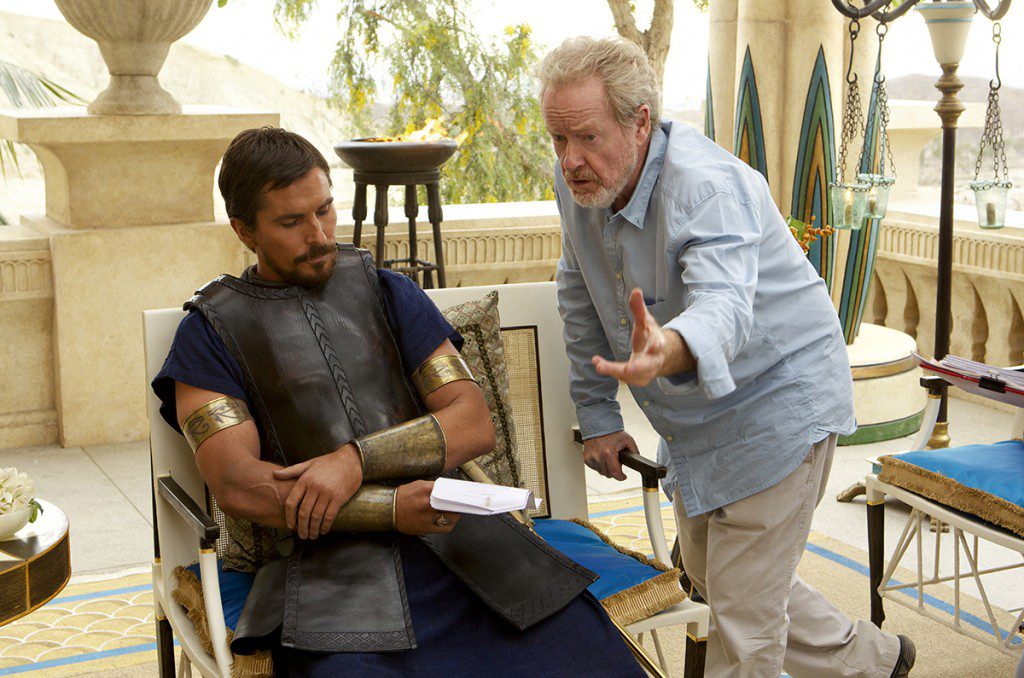 Second, the movie’s Facebook page posted six photos related to the movie’s costumes — though one actually shows the Pharaoh’s throne, which you’d think would be more of a set-decoration thing. I guess even the furniture wears clothes in ancient Egypt! 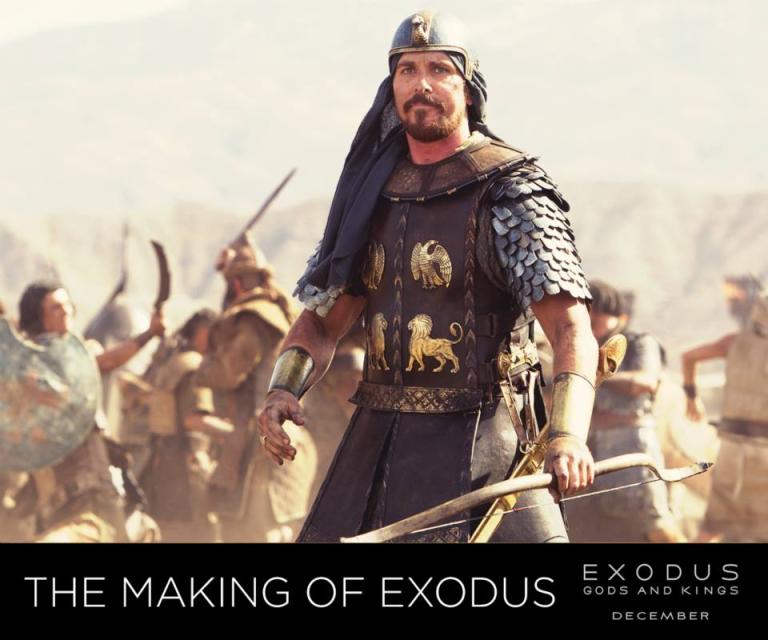 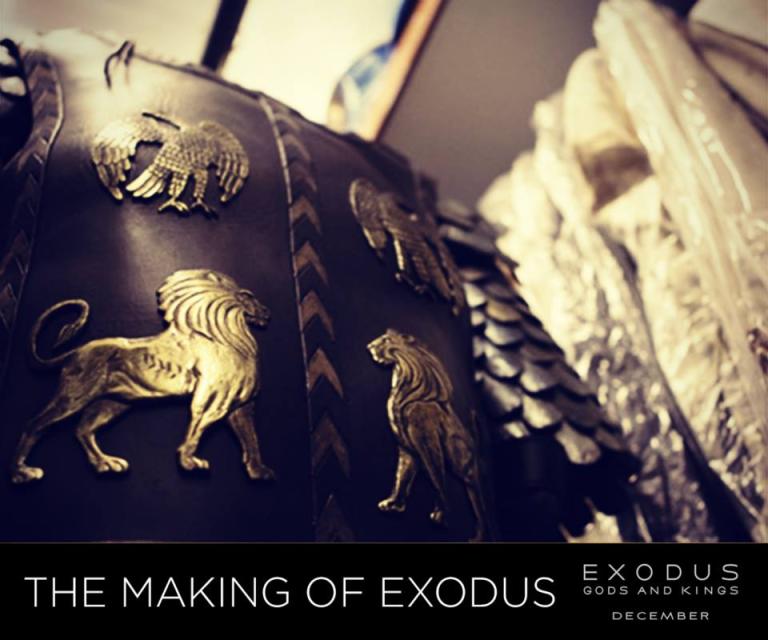 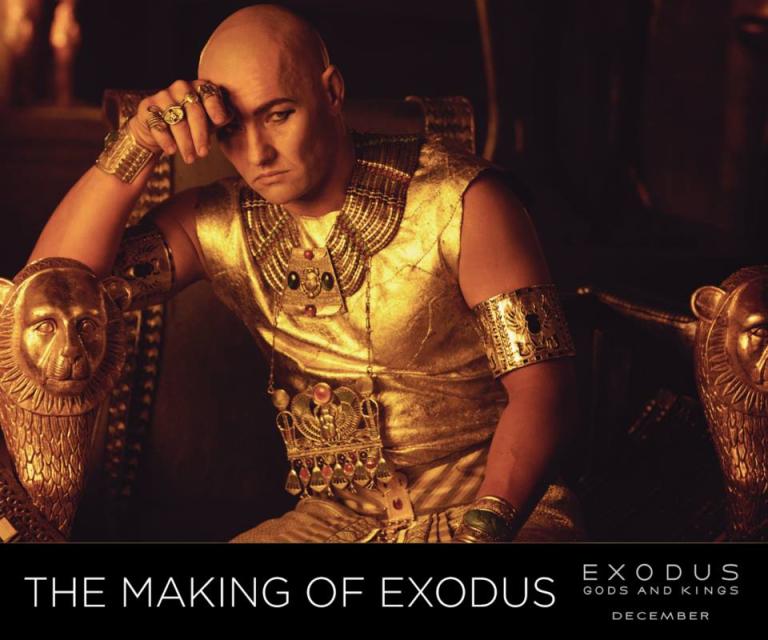 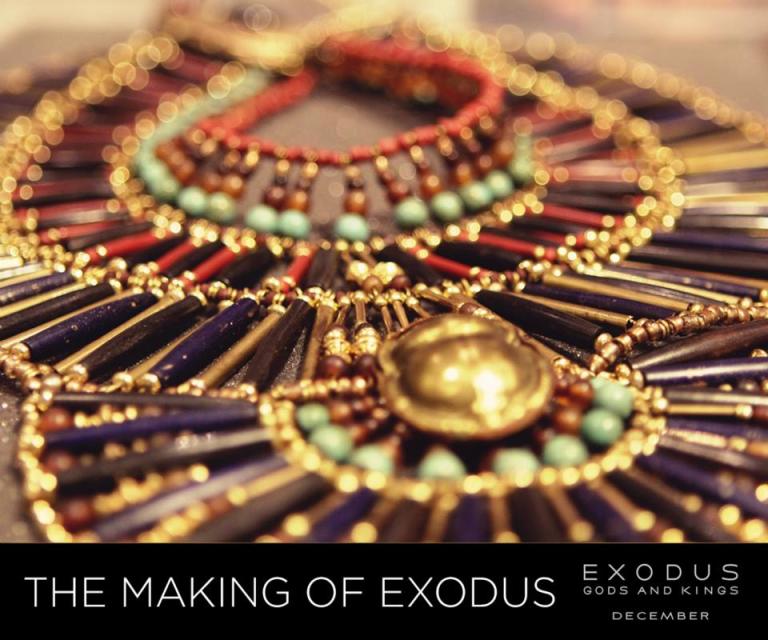 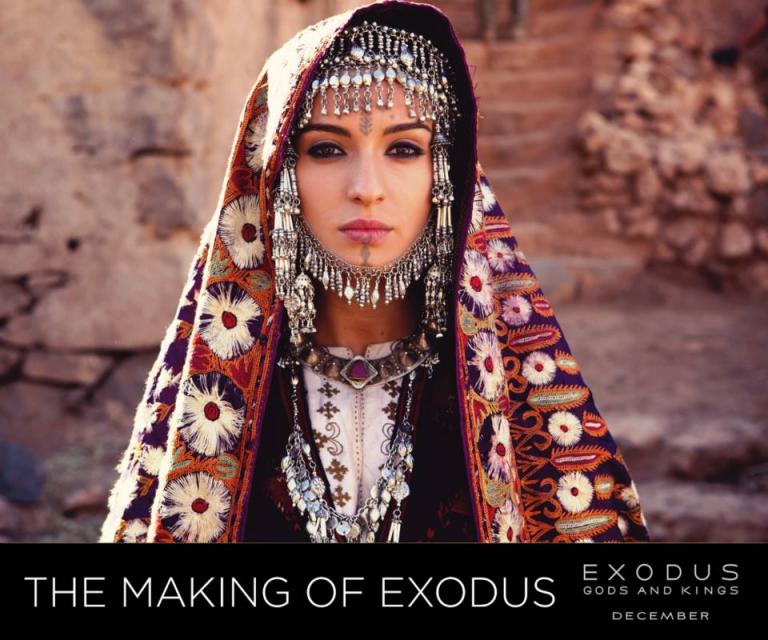 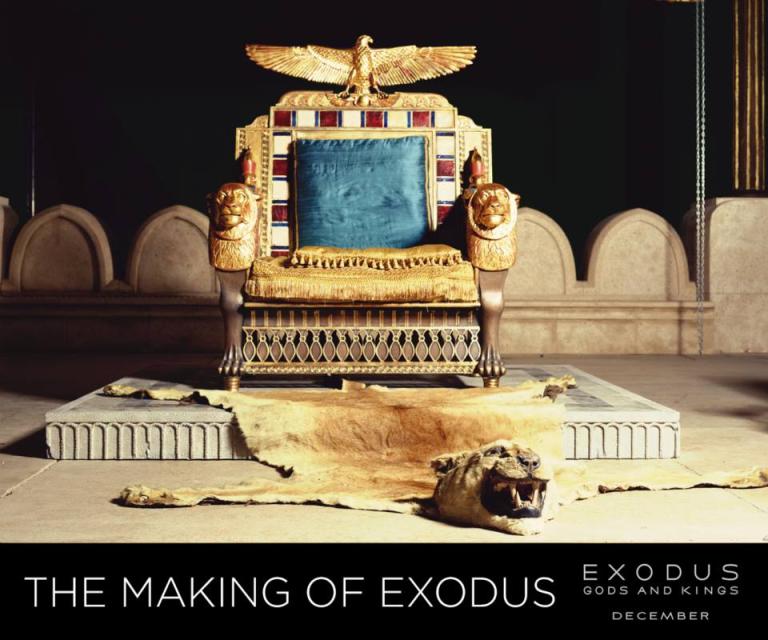 Update: Total Film also has a set-visit report that went up today, and there’s not much new there, though I was intrigued to learn that the armour and helmets worn by the Egyptians and/or their enemies were partly inspired by Andrei Tarkovsky’s Andrei Rublev — a 1966 film about medieval Russians — while the Nubian costumes were “inspired by the people of Kau, a tribe documented by Leni Riefenstahl.”

Upperdate: MTV UK also posted a set report today. One thing they mention is that the opening battle against the Hittites is a “pre-emptive strike” on the part of the Egyptians — who return home “tired and bloodied but triumphant.”

September 15, 2014
Our first look at the Genesis-themed The Red Tent
Next Post

September 16, 2014 Listen: Four tracks from Solomon-themed The Song
Recent Comments
0 | Leave a Comment
"I certainly hope to! Just haven't had the time to do Season 2 yet."
Peter T Chattaway The Chosen — season one scripture ..."
"Hi Peter.Thanks for this extensive list. Will you be doing the same for all seasons? ..."
Meelperd The Chosen — season one scripture ..."
"I have neither noticed that much. I recenty read a leadership book inspired from Cyrus ..."
Hamid Mortazavi Cyrus the Great — a Persian ..."
""AD" stands for "Anno Domini", a Latin expression meaning "In the Year of Our Lord".So ..."
Peter T Chattaway The Chosen — season one, episode ..."
Browse Our Archives
get the latest updates from
FilmChat
and the Patheos
Entertainment
Channel
POPULAR AT PATHEOS Entertainment
1