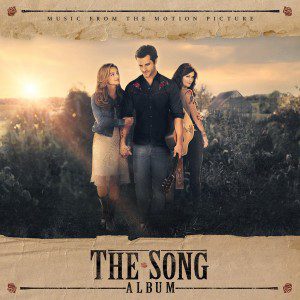 The film opens September 26, and the full soundtrack — featuring songs by Ricky Skaggs, Emmylou Harris and others — comes out four days later. Among other things, the album will include a new version of ‘Turn! Turn! Turn!’, a Pete Seeger song that was based on a Bible passage that has traditionally been ascribed to Solomon. This new version will be performed by Roger McGuinn — who, as lead singer of The Byrds, famously covered this song in 1965 — along with Harris and Skaggs.

In the meantime, to whet your appetite, Noisetrade has released four songs from the soundtrack album, all sung by the movie’s stars Alan Powell and/or Caitlin Nicol-Thomas, and one of the movie’s websites has a preview of the album with short clips from all but one of the tracks. (The one holdout is ‘Turn! Turn! Turn!’)

The film’s distributor also released this new trailer a few weeks ago:

September 16, 2014 Jack Huston to play title role in upcoming Ben-Hur remake
Recent Comments
0 | Leave a Comment
"I found Hanky Panky a pretty cool 80s movie when I first saw it on ..."
UniblabBR Sidney Poitier marathon: Hanky Panky (1982) ..."
"In 1972, yes. The movie was made in 1956 but the ratings system didn't exist ..."
Peter T Chattaway One of the reasons I do ..."
"And to think... this movie was rated G? It was."
Bishop One of the reasons I do ..."
"John 7:5 states explicitly that the brothers of Jesus did not believe in him, at ..."
Peter T Chattaway The Chosen starts shooting its second ..."
Browse Our Archives
get the latest from
FilmChat
Sign up for our newsletter
POPULAR AT PATHEOS Entertainment
1