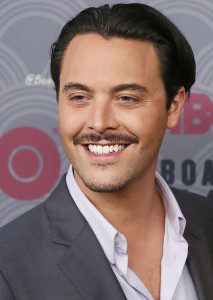 Last month it was rumoured that Tom Hiddleston was being courted for the upcoming remake of Ben-Hur, but those rumours were scuttled today when it was announced that Hiddleston is going to star in the King Kong spin-off Skull Island instead. No matter, the makers of Ben-Hur have an announcement of their own to make: namely, they have cast Boardwalk Empire co-star Jack Huston in the title role made famous by Charlton Heston in the 1959 film.

Huston, as it happens, is the grandson of legendary filmmaker John Huston, who played both Noah and the voice of God in The Bible: In the Beginning… (1966), which he also directed. The younger Huston played Flavius in the 2004 TV-movie remake of Spartacus — it was based on the same Howard Fast novel that the 1960 Kirk Douglas film was based on — and he played Lord Alfred in Al Pacino’s Wilde Salomé (2011). So he’s had a bit of experience with movies set in the ancient Roman empire. Nothing quite on this scale, though.

September 16, 2014
Listen: Four tracks from Solomon-themed The Song
Next Post

September 16, 2014 Will there be "naturalistic interpretations" of the Red Sea parting and other miracles in Exodus: Gods and Kings?
Recent Comments
0 | Leave a Comment
"In 1972, yes. The movie was made in 1956 but the ratings system didn't exist ..."
Peter T Chattaway One of the reasons I do ..."
"And to think... this movie was rated G? It was."
Bishop One of the reasons I do ..."
"John 7:5 states explicitly that the brothers of Jesus did not believe in him, at ..."
Peter T Chattaway The Chosen starts shooting its second ..."
"Thanks. There is a whole other anecdote in between those two verses. Other relatives, sure, ..."
tmirus The Chosen starts shooting its second ..."
Browse Our Archives
get the latest from
FilmChat
Sign up for our newsletter
POPULAR AT PATHEOS Entertainment
1