Regina Hall to star in a thriller called The Surrogate. Is this identical to the movie Halle Berry almost starred in? 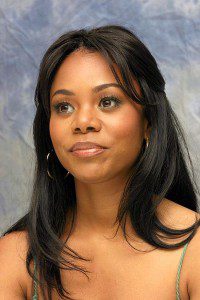 Five years ago, it was reported that Paul Verhoeven was going to direct The Surrogate, a thriller based on a Christian novel and produced by one of the industry’s best-known Christian producers.

It was also reported that Halle Berry might star in the film, as a wife who is so desperate for a child that she turns to a surrogate mother, only to discover afterwards that the woman carrying her baby is insane.

Verhoeven was still talking about the film a year later, but I haven’t heard a peep about it since. As of now, however, I wonder if the project might be happening again, but with a different creative team.

Roger Friedman reports that Regina Hall and possibly Taye Diggs are in line to star in a thriller called The Surrogate that concerns “a couple who hire a surrogate to carry their baby, and she wrecks havoc in their lives.” The director is Jon Cassar, and the “top producers” are former New Line executives Bob Shaye and Michael Lynne.

Is this the same film that Ralph Winter was working on a few years ago, based on the novel by Kathryn Mackel? No idea. Friedman doesn’t say who wrote the film or whether any other producers are involved. And admittedly, it’s not like there haven’t been other thrillers along these lines called The Surrogate; the IMDb lists at least two, one in 1995 and one in 2013, both of which were produced for television.

At any rate, I’ll be keeping my eye on this one, at least until we know for sure.

October 17, 2014
Exodus: Gods and Kings: lots of new photos and new plot details as the studio previews up to 45 minutes of footage
Next Post

October 21, 2014 Exodus: Gods and Kings has a rating, a running time, and a new video of Christian Bale and Joel Edgerton
Recent Comments
0 | Leave a Comment
"This was a refreshing read. I'm an average fan of Hellboy but I'm also a ..."
Andrew Mathews Doug Jones on Hellboy and Christianity.
"Great interview! One thing I've wondered since watching Season 1 is why they didn't include ..."
A.J. Cattapan Interview: The Chosen writer-director Dallas Jenkins ..."
"Earth actually does exist in the Dark City universe. Early in the film when John ..."
Edward Clint Dark City and the ambiguous ending.
"I don't always agree with your opinions, but your reviews are never less than interesting ..."
Laura-Lee Rahn The top-grossing Italian movie of 2019: ..."
Browse Our Archives
Follow Us!