Watch: The first trailer for Risen, formerly known as Clavius

The trailer for Risen, the film formerly known as Clavius, is here! And, in addition to confirming that Cliff Curtis is playing Jesus, it also lets us know that Jesus will be called “Yeshua” in this film — just as he was in Last Days in the Desert — and it even gives a nod to the Shroud of Turin. Check it out below the jump.

Here is the trailer, courtesy of USA Today:

Here are a few key screenshots from the trailer:

First, Jesus on the cross (and note, he is nailed to the cross through his wrists):

Second, the burial cloth of Jesus, with its Shroud of Turin-like image of his face:

Third, Clavius (Joseph Fiennes) and Lucius (Tom Felton), the Roman soldiers who have been given the job of finding Jesus’ missing body:

And, finally, a glimpse of the resurrected Jesus himself: 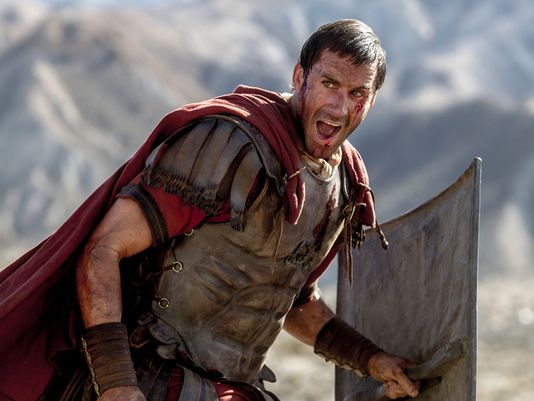 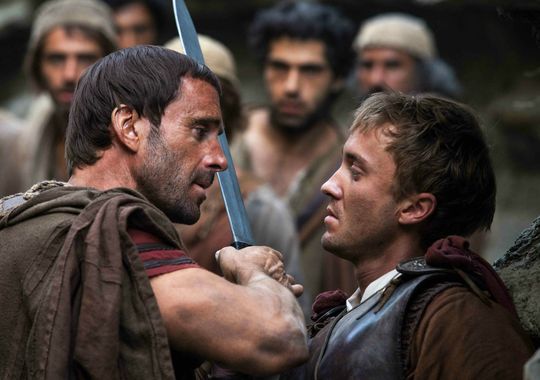 The film opens nine months from now, on January 22, 2016. That’s five weeks before Ben-Hur and another two weeks before Christ the Lord: Out of Egypt.

April 28, 2015
Watch: An angel breaks the apostles out of prison in a new clip from next week's episode of A.D. The Bible Continues
Next Post