Today is the feast day for Simon the Zealot in the Orthodox Church.

As Wikipedia notes, Simon is one of the most “obscure” apostles, and I can think of almost no films or TV shows that have developed him as a character.

One noteworthy exception to this rule, however, is A.D. The Bible Continues, which has done a good job of creating distinct characters not just for Peter and John, but for James and Thomas and Matthew and, yes, Simon the Zealot as well.

Even more amusingly, Simon is played in the current series by Fraser Ayres, who previously played Barabbas in the earlier miniseries, The Bible.

Scholars disagree as to whether Simon was a “Zealot” in the political sense, but it is generally agreed that Barabbas was a revolutionary of some sort, as some translations of John 18 put it. So Ayres has gone from one kind of “Zealotry” to another.

Here is the official publicity still of Ayres as Simon in A.D. The Bible Continues: 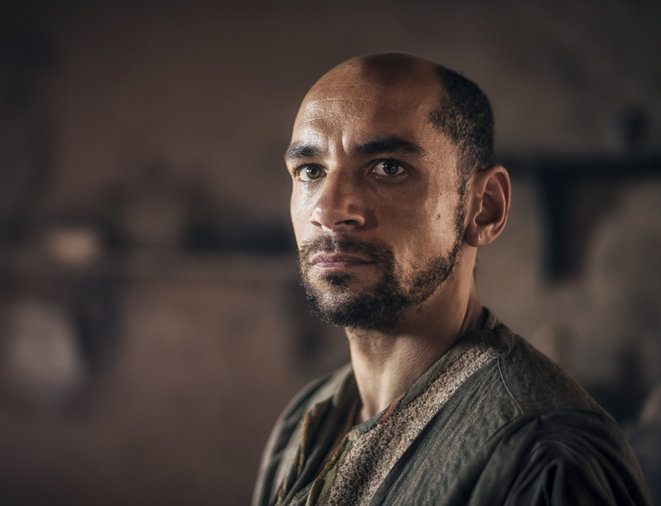 And here is a shot of Ayres as Barabbas, in The Bible: 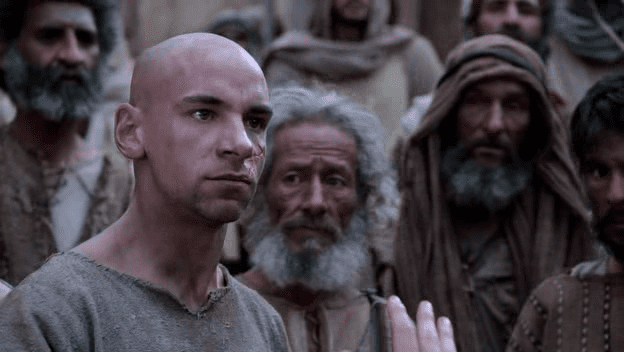 Finally, here is Ayres discussing Simon’s status as “the mystery apostle”, and how he researched the character at an Orthodox church close to his home:

So, many thanks to the makers of A.D. for fleshing this character out a little.

May 10, 2015 Watch: The fifth episode of digital talk show Beyond A.D.
Recent Comments
0 | Leave a Comment
Browse Our Archives
Follow Us!