A.D. The Bible Continues is coming to DVD and Blu-Ray

High-Def Digest reported today that A.D. The Bible Continues will be coming to home video as a four-disc DVD set and a three-disc Blu-Ray set on November 3.

In addition to the twelve episodes that aired between April and June of this year, the Blu-Ray set will include the following bonus features:

It’s a little surprising to me that it took so long for the home-video edition of the series to be announced like this — Mark Burnett and Roma Downey’s previous miniseries The Bible was in stores, like, two days after the final episode aired — but it’s possible they were waiting to see whether the series would get renewed before they put the finishing touches on the disc. In the end, alas, the series was cancelled.

Ah well. In any case, here is the cover art for the upcoming Blu-Ray: 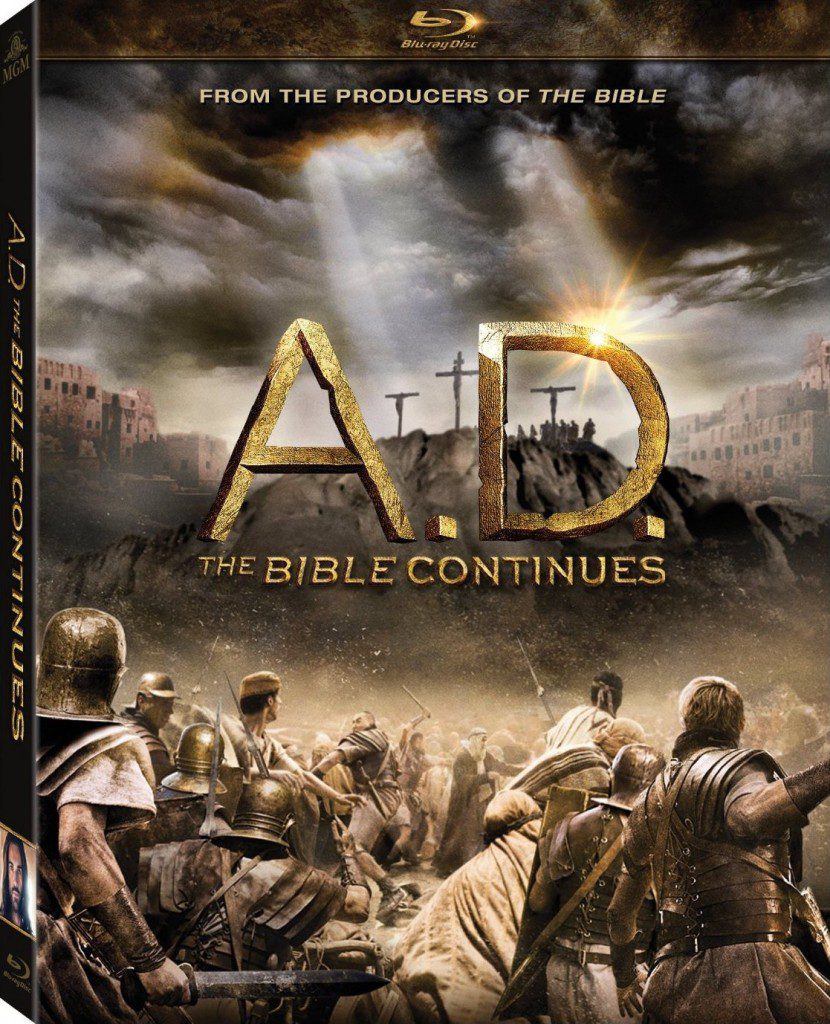 July 30, 2015Su Re -- a Rashomon-like version of the Passion?
Recent Comments
0 | Leave a Comment
"In 1972, yes. The movie was made in 1956 but the ratings system didn't exist ..."
Peter T Chattaway One of the reasons I do ..."
"And to think... this movie was rated G? It was."
Bishop One of the reasons I do ..."
"John 7:5 states explicitly that the brothers of Jesus did not believe in him, at ..."
Peter T Chattaway The Chosen starts shooting its second ..."
"Thanks. There is a whole other anecdote in between those two verses. Other relatives, sure, ..."
tmirus The Chosen starts shooting its second ..."
Browse Our Archives
get the latest from
FilmChat
Sign up for our newsletter
POPULAR AT PATHEOS Entertainment
1