Watch: The first trailer for Queen of Katwe, starring Selma’s David Oyelowo as a chess-teaching missionary

Watch: The first trailer for Queen of Katwe, starring Selma’s David Oyelowo as a chess-teaching missionary May 10, 2016 Peter T. Chattaway

Today Disney released the first trailer for Queen of Katwe, which tells the true story of a poor girl from Uganda who becomes an internationally-recognized chess prodigy after she is introduced to the game by a soccer player turned missionary.

The missionary in question is Robert Katende, who runs the Kampala office for Sports Outreach, an evangelical ministry based in Lynchburg, Virginia. He is played in the film by David Oyelowo, who has talked quite openly about his own faith in connection with films like Selma, in which he played Martin Luther King Jr., and Captive.

The chess-playing girl at the centre of the film is Phiona Mutesi, played by newcomer Madina Nalwanga; and her mother is played by Lupita Nyong’o, who won an Oscar for 12 Years a Slave and can currently be heard, though not seen, in the Star Wars movies and the “live-action” version of The Jungle Book.

Here is the trailer for the film, which is directed by Mira Nair (Monsoon Wedding):

It’s impossible to say, based on this trailer, whether the film will get into the religious elements of this story or filter them out for the sake of being more generically uplifting. Here’s hoping the film sticks to as many of the particulars as possible.

Before Nair directed this film, she directed a 13-minute documentary about Katende:

Here is a six-minute documentary about Mutesi posted by Sports Outreach:

And here is another six-minute documentary; this one has been online since 2011:

Finally, here is the poster for the film: 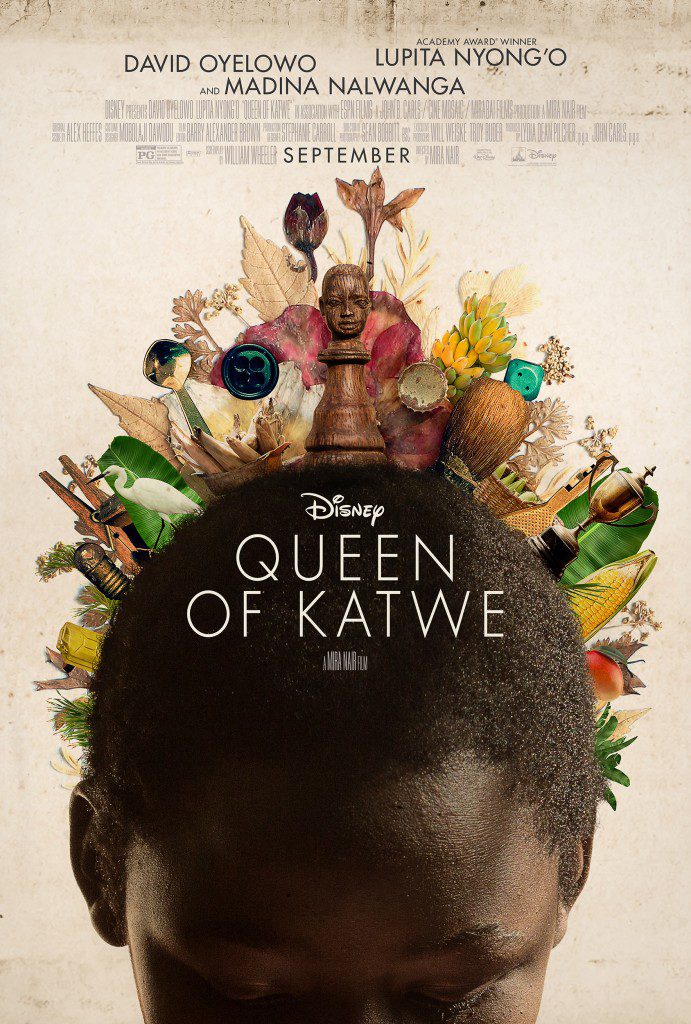 May 10, 2016 Are the actors who play Jesus getting older?
Recent Comments
0 | Leave a Comment
Browse Our Archives
get the latest from
FilmChat
Sign up for our newsletter
POPULAR AT PATHEOS Entertainment
1