Watch (and listen): The music from animated Bible movie The Star

There are only five weeks to go until The Star — which tells the story of the Nativity from the animals’ point of view — comes to theatres, so it’s time for the studio to start ramping up its publicity. Today, Sony Pictures released two featurettes about the music from the film, and in two weeks the studio will be releasing the soundtrack itself.

First, here’s a video promoting the soundtrack album, which comes out October 27. The video includes soundbites from producer DeVon Franklin and director Timothy Reckart, and it pays special attention to the new theme song, sung by Mariah Carey:

Sony also posted a look at the making of A Great Big World’s song ‘Life Is Good’:

The studio also posted a lyric video for ‘Life Is Good’ at one point, but it appears to have been taken down. Not to worry, though; you can listen to the song via Spotify:

Here’s a complete track list for the album that comes out in two weeks; if any more songs are released online before then, I will add them to the Spotify playlist above:

The studio also released a new trailer last week that I was too busy to note at the time:

“It’s divisive times that we’re living in right now, and stressful too, all the violence that we read about all the time. The power of this story is that you have so many people from all different walks of life [involved],” Reckart commented.

The young director pointed to the “three kings,” calling them upper-class foreigners from another land, and the local shepherds “at the bottom of the working class,” making note that Jesus brought people from all walks of life together.

You can see video footage of that interview here:

The Star will come to theatres across North America on November 17.

October 16 update: The lyric video for ‘Life Is Good’ is now online: 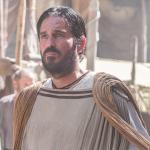 September 8, 2017
Jim Caviezel returns to the Bible-movie genre in Paul, Apostle of Christ
Next Post 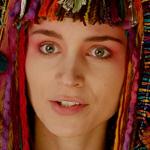 October 13, 2017 Newsbites: Mary Magdalene! Paul, Apostle of Christ! Aardvark!
Recent Comments
0 | Leave a Comment
Browse Our Archives
get the latest from
FilmChat
Sign up for our newsletter
POPULAR AT PATHEOS Entertainment
1