Mainstream Hollywood has tried its hand at the Bible-epic genre over the last few years. Now it’s Pure Flix’s turn. The “faith-based” distributor — best-known for the God’s Not Dead trilogy (yes, there’s a third film coming out on Good Friday!) — has released a new trailer for Samson, which comes out February 16. Check it out below the jump.

Here is the trailer, which went online today:

First, this film’s Samson (Taylor James) seems to fall into the “reluctant hero” trope. His father Manoah (Rutger Hauer) says it is God’s will that Samson should be a “hand of vengeance” against the Philistines, and Samson replies that it is not his will. The interesting thing here is that the biblical Samson really does seem to be reluctant to fight the Philistines; he generally seems content to hang out with them (especially the women) until they start provoking him — at which point, yes, he does fight back, but usually as a way of seeking personal revenge rather than to fulfill any sort of divine destiny.

Second, Delilah (Caitlin Leahy) sounds almost sincerely concerned when she shouts, “Samson, the Philistines are upon you!” But if this film follows the biblical story, she will say this (more than once) after trying to deprive Samson of his power so that he can be captured. Has the film made the Samson-Delilah relationship more complex? (And what of Samson’s bride, or the prostitute he visits — are they still part of the story?)

Finally, is that a big stone block shattering on Samson’s arm in the frame above?

I assume we’ll all find out when the film comes to theatres next month.

Check out earlier Samson trailers and other videos here: 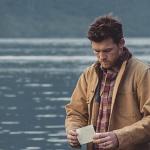 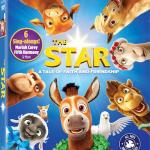 January 12, 2018The Star is coming to Blu-ray and DVD next month
Recent Comments
0 | Leave a Comment
Browse Our Archives
get the latest from
FilmChat
Sign up for our newsletter
POPULAR AT PATHEOS Entertainment
1