1. Neil Jordan is going to write the adaptation of Simon Sebag Montefiore’s Jerusalem: The Biography for Lionsgate Television UK. The book spans three thousand years — going all the way back to King David’s time — and Jordan has had at least some experience with stories that span multiple centuries, as director of Interview with the Vampire. His other credits include The Crying Game, for which he won the screenplay Oscar.

2. Hamilton star Brandon Victor Dixon has been cast as Judas in Jesus Christ Superstar Live in Concert, which airs on NBC on Easter Sunday (i.e. April 1). Other new cast members include Ben Daniels as Pontius Pilate, Norm Lewis as Caiaphas, Jason Tam as Peter, Jin Ha as Annas and Erik Gronwall as Simon Zealotes. They join the already-announced John Legend as Jesus, Sara Bareilles as Mary Magdalene and Alice Cooper as Herod Antipas. Because the musical will be broadcast live, there is of course no footage from the actual show available yet, but you can reportedly watch a clip of Legend rehearsing the song ‘Gethsemane’ at Playbill — though it seems that the network, as is its wont, has not made the video available outside the United States.
Previous Post 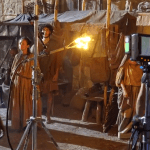 March 5, 2018
Watch: A new video looks at the modern-day relevance of Paul, Apostle of Christ
Next Post 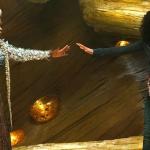