In the months leading up to the release of A Wrinkle in Time, the Disney studio made a token effort to reach out to Christian audiences, and, on the surface at least, it made sense: the film is based on a classic children’s sci-fi novel by the late Madeleine L’Engle, who often spoke at length about the way her works were informed by her Episcopalian faith.

It’s a little strange, then, to actually watch Ava DuVernay’s disappointingly clunky movie and to see how it expunges everything from the book that is specifically Christian.

For example, the three supernatural beings who guide the story’s protagonists on a journey around the cosmos are no longer guardian angels who sing God’s praises, but little more than generic fairy godmothers. The Bible quotations that motivated the action in the book are nowhere to be heard in the film. And when the supernatural beings rattle off a list of people who have made the world a better place, they no longer mention Jesus, though they do quote Buddha and they speak rather highly of Gandhi and Oskar Schindler.

It’s a little like making a Narnia movie in which Aslan is just another talking beast.

And that isn’t the movie’s only problem.

L’Engle’s book deals with some pretty abstract concepts, such as two-dimensional worlds and the cosmic embodiment of evil, which are great for teasing the imagination on the page but don’t translate so well to a visual, dramatic medium like film. And where the book encouraged a deeper form of cultural literacy, by quoting French and Greek philosophers and the like, the film frequently opts for quotes from rap artists and recent hit musicals.

The story concerns Meg Murry (Storm Reid) and her precociously smart kid brother Charles Wallace (Deric McCabe). Their father (Chris Pine) went missing a few years ago while working on a way to teleport to other places using just his mind, and now Meg’s classmates taunt her with the idea that her father just wanted to get away from her.

Then Meg and Charles Wallace get a series of visits from Mrs Whatsit (Reese Witherspoon), Mrs Who (Mindy Kaling) and Mrs Which (Oprah Winfrey, who first appears as a comically gigantic figure, taller than a house), three ancient beings who want to help Meg find — and, ultimately, rescue — her father, who is stranded on a planet held captive by evil.

What follows is a series of journeys to a variety of worlds, but instead of finding any sort of narrative flow between these scenes, DuVernay lurches from one setpiece to another in a way that lacks coherence and ultimately tries the audience’s patience.

It also doesn’t help that, while the visual effects frequently try to look rather epic, the story that strings them together is remarkably thin on characterization and world-building.

There are a few bright spots. Reid and Pine are particularly good in their roles, and once in a while the visual whimsy hits on something that works; I particularly liked the scene in which Meg seems to be walking up the blueprints for a set of invisible stairs.

Most importantly, the film doesn’t entirely lose the book’s emphasis on the power of love, which becomes an especially crucial point in the film’s climactic showdown.

But the film is also now full of bland, Oprah-esque messages about believing in yourself, being one with the universe, and having faith in who you are, which just feels very shallow — especially given how deeply rooted in the author’s faith the story used to be.

— A version of this review was first published in The Anglican Planet.

Here are a few other comments that I tweeted but couldn’t squeeze into the word-count:

In the book version of #AWrinkleinTime, Mrs Whatsit transforms into an angelic being and Calvin falls to his knees. "No," she replies. "Not to me, Calvin. Never to me." Nothing in the film even *tries* for that sort of solemnity or transcendence. Quite the opposite, really.

#AWrinkleinTime gets me wondering: What was the first movie to show a human flying through the air with a (quasi-)supernatural being's help, only to fall and get caught before they hurt themselves? 1978's #Superman, perhaps?

It's kind of alarming how much grey there is in #ChrisPine's beard in #AWrinkleinTime, given that he was playing Captain-Kirk-as-college-student just a few years ago. (Even the most recent #StarTrek film is set three years before the first of Shatner's episodes.) 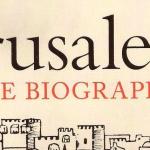 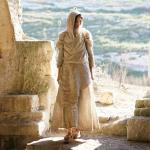 March 9, 2018 Watch: The makers of Mary Magdalene talk about "taking people back to the core message of Jesus" in a new featurette
Recent Comments
0 | Leave a Comment
Browse Our Archives
get the latest from
FilmChat
Sign up for our newsletter
POPULAR AT PATHEOS Entertainment
1