On Pagan Elders and the Popes We Made Along the Way

Sorry about that, people who had to deal with him. I’ll work on keeping my mighty summoning powers under wraps in the future.

I’m not going to bother with naming names or pointing fingers or anything, because a) the worst review is no review, and b) it’s a Tradition-specific issue, and Gardnerians are, in general, really good about handling these things internally. (“EVERYTHING’S FINE,” we’ll tweet, while bodychecking each other through plate glass windows. “BLESSED BE. DON’T COME OVER.”) Suffice it to say, some random guy declared in a semi-public forum that he was an “elder” of the tradition and therefore had the authority to speak for all of us, while the rest of us were like, “Yeah… that’s not how this works.”

I always get twitchy when someone introduces themself as an elder. It makes me feel like they’d walk into a roomful of famous authors and announce, “Hello, everyone! I am a famous author.” Elderhood certainly exists within Paganism, but I think it’s a lot more scaled-down and amorphous than some might want to believe; it is a legit designation, but one that becomes problematic when viewed as something we have to beat out others to achieve.

There used to be an eclectic Wiccan tradition in Houston — I don’t know if they’re around anymore — that had a path to elderhood spelled out in their bylaws: Once three initiates had attained the third degree and hived off from the original coven, the tradition would become “legitimate,” at which point the founders would retire and become the elders. It was a bit of a multi-level marketing approach (and it begged the question, “legitimate according to whom?”), but it also had some solid checks and balances. Most importantly, the founders would be named elders of the tradition, not of, like, all of Wiccadom — basically, they wouldn’t presume to have any say-so over anything the rest of us did. Which I, y’know, appreciated.

But I’m also reminded of an acquaintance who one day up and decided that it was time for the “Elders of the Pagan Community” to recognize him as an elder as well. He had a shortlist of fairly well-known locals to petition, and I guess they were going to get together and discuss his résumé over coffee or something, but if they did decree that he was an Official Elder… what would that actually grant him? Would all Pagans in the Greater Houston area be expected to defer to him, regardless of whether or not they had any affiliation with him? Does anyone else find that vaguely unsettling?

It’s Time to Light the Lights

I suspect that what he actually wanted was to be recognized as a community leader, which I could get behind, but leader and elder are two very different positions. A leader is actively and presently engaged, whereas an elder — at least in my mind — is removed by a generation or two. They might share their wisdom, provide guidance, or help resolve a dispute if the situation calls for it, but they are not obligated to do so. They have paid their dues.

Actually, you know who make really good examples of elders? Statler and Waldorf from The Muppets. Hear me out on this: They are without a doubt part of the show, but they’re not performers themselves — instead, they offer commentary and critiques from a distanced standpoint based on experience. As Pagans trying to get our brains around elderhood, we might want to pay them a little more attention and respect what they have to say.

Send in the Popes

The benefit of an all-Pope religion is that we’re pretty much forced to hold ourselves independently accountable in matters of spirituality, and we’re only responsible for our own discrete spiritual growth (or atrophy). I want to expand on this model, and submit that as Pagans, our elders are unique and individual to us as well. Maybe the most workable way to approach the concept of elderhood is by saying, “My personal elders are Lady Heretica and Lord Blasphemus” or whomever, while owning that my elders will be different than your elders, even within a given region or tradition.

And perhaps, over time, if a bunch of us compare notes and realize that we all perceive Lady Heretica as an elder, then sure, we can go ahead and… I don’t know, coronate her or something. But until then, I feel like it’ll be a more egalitarian ride for everyone involved if we just keep our singular elders to ourselves. 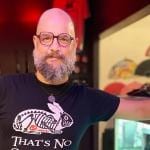 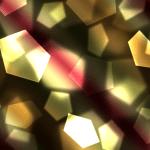