Decondition, Rinse, Repeat: Wicca and the Curse of Greyface

“You obviously don’t know what chaos magick is. You’re Wiccan. I can believe in Superman if I want to.”

It would give me the biggest kick to say that this was feedback on my blog, but in truth, the barb was slung at me by a self-professed chaos witch — let’s call her CeeCee — in the midst of an online debate about Wicca. Alas, the shade fell flat, since those of us who practice any kind of Wicca are pretty much invulnerable to insults at this point.

Long before the word “Wicca” entered the common vernacular, “Traditional” Witches (whose mystic origins traced to about 1960) were condemning Gardnerian Witches as charlatans. Once Wicca started growing in popularity, initiatory Wicca was branded obsolete by eclectic Wiccans, who were themselves caricatured as “fluffy bunnies” by the next generation of serious, academic Wiccans. And then other forms of Witchcraft started trending, so the religion as a whole got sent to the corner, where people who had once identified as Wiccan could point at it and say, “I’m not that. I’m a real Witch.”

Our CeeCee believed that Wicca was guilty of cultural appropriation, and she strongly encouraged practitioners to leave it behind in favor of Chaos Magic… which, as she put it, “takes from everything.” It was spectacular chutzpah to be sure, but it was indicative of a hypocritical truth within Pagandom as well: We’re taught early on that “All paths lead to the Center,” but also, “It’s okay to hate this one path.”

But why is it okay? Why do we normalize framing Wicca as the official whipping boy of the occult world?

It’s simple, really: Our culture tells us to.

We’re products of Western Civilization, and all the capitalism, colonialism, conformity, and consumerism that comes along with it. As such, we’re both unconsciously and overtly chained to what Daniel Quinn called Taker Culture [waves at CeeCee], and what Terence McKenna referred to as Dominator Culture.

But since this is a Discordian space, we’re going to name it Greyface Culture.

The Curse of Greyface

Page 00042 of the Principia Discordia states:

In the year 1166 B.C., a malcontented hunchbrain by the name of Greyface, got it into his head that the universe was as humorless as he, and he began to teach that play was sinful because it contradicted the ways of Serious Order. “Look at all the order around you,” he said. And from that, he deluded honest men to believe that reality was a straightjacket affair and not the happy romance as men had known it.

It is not presently understood why men were so gullible at that particular time, for absolutely no one thought to observe all the disorder around them and conclude just the opposite. But anyway, Greyface and his followers took the game of playing at life more seriously than they took life itself and were known even to destroy other living beings whose ways of life differed from their own.

The unfortunate result of this is that mankind has since been suffering from a psychological and spiritual imbalance. Imbalance causes frustration, and frustration causes fear. And fear makes for a bad trip. Man has been on a bad trip for a long time now.

The Curse of Greyface included the division of life into order/disorder as the essential positive/negative polarity, instead of building a game foundation with creative/destructive as the essential positive/negative. He has thereby caused man to endure the destructive aspects of order and has prevented man from effectively participating in the creative uses of disorder. Civilization reflects this unfortunate division.

Greyface Culture enforces comparisons; it tells us that something can only be “good” if something else is “bad,” or that for something to achieve “validity,” it has to invalidate something else. Rooted firmly in the Protestant Christian ethics that influence all aspects of our society (whether we realize it or not), Greyface Culture demands that scapegoats and sin-eaters — individuals and groups deemed “lesser than” —  take the blame for any problems we encounter, while the true sources of those problems remain safely in the shadows.

Greyface Culture makes us rigid, not just in our religious beliefs, but in our perceptions of outside spiritualities, which only exist to be strip-mined and persecuted. It pits polarities against each other and breeds entitlement. It teaches us that fads are more important than sustainability; and, most detrimentally, it keeps us too distracted with infighting and competition to pay attention to real-world plights that could quite literally be the death of us all.

Here’s the thing, folx: If we’re truly going to be a liberated Pagan community, we need to do more than just acknowledge that we’re stuck in Greyface Culture. We’ve got to actively divorce ourselves from it, and do what we can to prevent it from holding any further sway over us.

Well, how the hell are we supposed to do that?

I’m a little biased in this answer, but to start with, I recommend Witchcraft.

In his iconic book Mastering Witchcraft, Paul Huson presents a ritual of “unbinding,” which includes reading the Lord’s Prayer backwards on three consecutive nights. (He also provides a phonetic transliteration, as follows.)

Sarah Lyons also encourages the initiatory breaking of taboos in Revolutionary Witchcraft, along with crafting chain links out of construction paper and ritually tearing free of them. The point of these rituals is not to blaspheme, but to unshackle ourselves from the hold Greyface Culture has over us, which makes them a really good first step. But let’s set metaphysics aside for a second and go over some mundane solutions.

The Reasons Behind the Slime

In my experience, people who regularly lambast Wicca usually fall into one of two categories:

“Selling” in this case is not limited to monetary transactions. When we come across someone going all-out-Alice on how awful or useless Wicca is, we need to look at what’s motivating them. Are they promoting a “cutting-edge, higher-quality” alternative to Wicca? Attempting to establish a cult of personality? Trying to fit in with the cool kids by picking on the outcast? All of these are symptoms of Greyface Culture, and the only one who actually benefits from them is Greyface himself.

Wicca-bashing doesn’t serve to educate: It’s just another form of marketing. But once we’re able to identify the ulterior motives behind it, we’re much less likely to fall for the subliminal messages within it.

In Conclusion, Don’t Be a Dick

I mean it. We need to stop bullying Wicca. The more we do so, the more we’re just playing into the trope of a marginalized community spending all of its energy oppressing its own members so that the Powers That Be don’t have to concern themselves with us.

It’s not something that can happen overnight, but if we really start working to shrug off Greyface Culture, we can start building a unified, inclusive Pagan community that truly celebrates the diversity comprising it. With time, the power that Greyface exerts over us will fade, and we will become unstoppable. 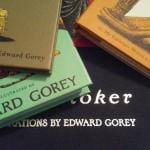 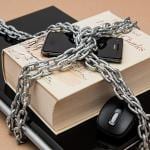 February 19, 2021 Over the Moon (or, an Open/Shut Case of Open/Closed Practice)
Recent Comments
3 Comments | Leave a Comment
Browse Our Archives
Related posts from Fivefold Law 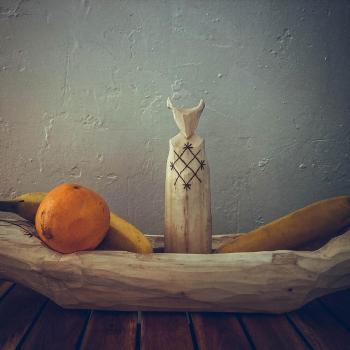 3 responses to “Decondition, Rinse, Repeat: Wicca and the Curse of Greyface”