I was flopped on the couch around 8:00 p.m., enjoying a pint of non-dairy frozen dessert and watching Them on Amazon Prime, when the phone rang. I didn’t recognize the number and decided to let it go to voicemail, but whoever it was immediately called back. Figuring it was too late for creditors or telemarketers to be hunting me, I went ahead and answered.

“May I speak with Dave, please?”

“I think you have the wrong number.”

He hung up, and I picked up my remote control, but before I could un-pause the show, the phone rang again. Same number.

Something clicked. “Did Dave tell you to call me?”

“Yes. I’m sorry it’s so late in the evening. I hope I’m not disturbing you. This is really hard. I’m sorry.”

“I promise you have nothing to apologize for,” I said. “I’m glad you called. When was the last time you drank?”

We Hit Bottom When We Stop Digging

Dave and I are littermates, meaning that we came into recovery right around the same time. He’d mentioned awhile back that he was going to give my number to an acquaintance who wanted to stop drinking, but I’d completely forgotten about it until the guy actually called. And the guy himself had put off calling until he bottomed out, which, in his case, meant waking up in the hospital with alcohol poisoning.

My own bottom was eight and a half years ago and involved calling my friend Deborah to tell her I got fired for drunkenly passing out in the middle of the workday.

“You know what?” she said. “Don’t call me anymore when you’re drunk.”

“Well, then when am I supposed to call you?” I asked.

The extended, stony silence that followed that question? That was my bottom. It was the moment I could no longer pretend that drinking wasn’t making my life unmanageable.

There were any number of debacles before that phone call that would’ve made perfectly acceptable bottoms: demotions, financial perils, health issues, toxic relationships, etc. But it was Deborah’s ultimatum that finally made me accept that I had a problem I couldn’t solve or survive on my own.

A shamanic crisis occurs when a member of a tribal community is stricken with an illness that can’t be cured by physical means. The afflicted individual is taken to a shaman, who puts them through an initiatory ordeal: Should the individual pass the test, they are healed and become a shaman themself, vested with the ability to guide others through their own crises.

Whether we call it an allergy or a disease, addiction is very much a spiritual affliction. And the relationship between sponsor and sponsee in 12-Step recovery mirrors the shamanic process, in that the sponsor has gone through the Steps and has (hopefully) had a spiritual awakening, thereby gaining the wisdom and experience to lead by example and show their sponsees how to navigate the same path. Eventually, those sponsees are able to start sponsoring others, and the initiations continue.

It may seem discordant to talk about the 12 Steps in terms of shamanism, since Alcoholics Anonymous has a reputation as a predominantly Christian organization. However, one of the founders of AA was an atheist, and the other dabbled in Spiritualism, so, y’know, there’s definitely some wiggle room.

The guy who called me agreed to meet me at a local LGBTQ+ recovery clubhouse, and we went to a meeting together. (Or, more specifically, I met him in front of the building and, like, gently coaxed him inside.) I could tell he was surprised at what he heard during the meeting — addicts tend to think that nobody understands what we’re going through, so it can be a bit mind-blowing to listen to a roomful of people telling their stories and realize we’re all going through the same things.

But it’s that sharing that ultimately keeps us sober — an oral tradition in which those of us with more time in recovery pass on our experience, strength and hope to those who come in after us. It doesn’t always work, and not everyone who comes into recovery stays sober. But it worked for me, and as such, I am obligated to stick around and offer help to anyone else who finds that it’s working for them.

New guy got swarmed after the meeting, with people writing their contact info in the copy of the Big Book I’d given him and encouraging him to call anytime. So he’s already got a support network growing up around him, and within it, hopefully, someone to sponsor him.

I hope he makes it through his crisis.

And I hope that in a few years, once he’s good and settled in his sobriety, I’ll be able to call him and say, “Hey there. A friend of mine wants to quit drinking. Is it cool if I give him your number?”

Ed. Note: If you think you have a problem with drugs or alcohol but don’t feel comfortable with traditional 12-Step Recovery, the Pagans Recovering Together Facebook group would be a great place to start. Additionally, The Pagan in Recovery by Deirdre A. Hebert is an excellent guidebook for approaching the 12 Steps from a Pagan point of view. 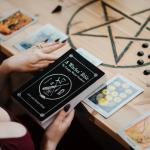 April 20, 2021 Witch This, Not That: How to (Actually) Make Moon Water
Recent Comments
0 | Leave a Comment
Browse Our Archives
Related posts from Fivefold Law