In Which I Throw the Book at Them

My best buddy Douglas (whom I’ve called Catman for years, which we both think is hysterical, although neither one of us remembers why) wanted to run by our fair city’s most prominent occult bookstore, and being a good sport, I tagged along, even though I’m not a big fan of the place. Actually, I take that back — the store itself is fine, with a good selection of merchandise at reasonable prices. It’s the employees who make my left eye twitch.

And actually, let me take that back as well — some of the employees are really cool. There’s one girl who’s hilariously sarcastic and always in a good mood, and there’s a friendly if oddly put-together fellow on whom Douglas has a harmless if inexplicable crush. The rest of them, though, are my least favorite type of Pagan: haughty and pretentious and doing their best to project auras of voluminous magical (magickal/majikal/mahzheegahl) power, even when it is excruciatingly clear that they have no idea what the hell they’re talking about.

Of these employees, Lady Crushed Velvet reigns supreme. (I don’t know her real name, but my compatriot Veles and I have always referred to her as Lady Crushed Velvet, so why stop now?) Draped in the finest yep, you guessed it, Lady Crushed Velvet makes damn sure her customers understand how grateful they should be that a Mistress of the Ethereal Arts is taking time out of her busy schedule to ring up their joss sticks. I once witnessed her berating an underling for heresies unspecified before turning to a co-worker and stating, “That’s how you talk to a student.” Hopefully, said student was able to drop the class with his transcripts intact.

Lady CV was not in residence this day, but her second-in-condescension was: a wizened, older woman serving Been There, Croned That realness. If asked to list her occupation, she would probably put down “cunning folk.”

Douglas and I were poking around the display cases near the front of the store and checking out the jewelry we didn’t need, when a twenty-something young lady hesitantly approached the counter.

“Hi, I’m looking for information on Wicca,” she said.

“Wicca or Witchcraft?” Croned That asked, in a tone suggesting they were sitting under a bare light bulb in an unpainted, cinderblock cell.

I missed the next part of the conversation, but I guess the girl said Wicca, because I heard Croned That say, “Wicca is a religion. You’re looking for Witchcraft.”

“I… didn’t realize there was a difference,” said the young woman.

“Oh, there most certainly is,” Croned That replied. “Come with me.”

Croned That escorted her new protégé over to the book section, while I shot Douglas a look that was all, I am morally obligated to prevent whatever is about to happen, and he shot me a look back that was like, I need you to not be you until after that customer pulls out of the parking lot. So I glared at him all, You’re not my real mom, and he glared back like, I drove us here and will happily abandon you, so I shot him one more look that was all, Touché, and then I waited until he was distracted by a fantasy-film replica sword and scampered across the store.

I caught up with Croned That and pretended to browse, while she thoughtfully scanned the titles and tapped her lips and went, “Hmmm, let’s see, what should we start you with?” Her stance and demeanor implied that she’d read every book in the stacks and was mentally comparing them chapter by chapter, but I work in retail and could see through her act, it being the same one I used when I took a job at health food store without being trained on any of the products we carried.

Croned That eventually made some decisions. “Here’s what I recommend,” she said. “Sit on that bench, right over there, and begin reading these, and find the one you most identify with.”

And she handed the girl three books on Wicca.

Douglas managed to wrestle me out of the store before I started kicking, but if there’s one major downfall to modern Paganism, it’s the emphasis on assumed expertise over actual education. Everyone’s got to be a freaking adept right out of the gate, and anyone who dares admit ignorance is immediately dismissed. It hurts me in what’s left of my soul when students feel like they have to apologize for being students, which is what happens when teachers like Croned That and Crushed Velvet define “student” as “lesser than.” And that happens because teachers like Croned That and Crushed Velvet are afraid to step out from behind the curtain and admit that they do not know everything; that at best, they are students themselves.

And it is okay to be a student. It is even more okay to be willing to learn. And it is the mostest okay to say, “I don’t know, but let’s go find out.”

I say all of this as a horrible hypocrite, since within the two traditions I practice [Ed. Note: It’s also okay to not practice any traditions], I will often catch myself smiling and nodding instead of asking for clarification. But I have also been  blessed with students of my own, and I want them to be excited about what they’re learning, as opposed to beating themselves up for not already knowing it.

I’ll leave you with one last thought, using the Abrahamic religious model as an analogy: From a scholastic standpoint, getting ordained into the Catholic or Anglican priesthood is the equivalent of earning a PhD. Feel free to point this out the next time you encounter a Pagan positioning themself as an authority with no sanction other than willpower.

Feel free to hand them a book on the subject. 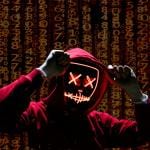 3 responses to “In Which I Throw the Book at Them”