Falls Down, Goes Boom: The Art(ifice) of Ritual Swooning

The Witch who initiated me is not particularly authoritarian, but she does have one non-negotiable rule:

“If you’re attending a ritual and find yourself feeling woozy, that’s understandable — just step out and do what you need to do to ground and take care of yourself. But do it quietly. There is no reason to act like you’ve been ravished by Cossacks.”

I always take her wisdom to heart, but this discrete nugget resounded in my head for a good long while. Especially after the last time I got invited to an open ritual.

The ritual was to be held in a nearby arboretum, and I talked Trowthy into coming with me, so that I could have a witness in case something bonkers happened. We made it to the site right on time and tromped off into the woods, and after a couple of wrong turns, we came to a clearing, where we found a group of people in robes and garlands, sitting around a picnic table and looking bored.

“Hi!” said Trothwy. “I’m with the Baptists, here to hand out pamphlets.”

Everyone gasped and drew back in horror. “Well, if you give us pamphlets, we’ll… we’ll tear them up.” One woman sputtered.

“Um, I was just joking,” Trothwy said. “We’re here for the Witchcraft?”

An awkward silence ensued, which fortunately only lasted until the High Priest and High Priestess arrived 90 minutes later.

It was not a very lively ritual — and I don’t mean that as an insult. One of the coven’s members was going to hive off and start his own group, so it was more of a graduation ceremony than any kind of magical working. So things got started, and right away I realized it was going to be a dynamic that historically dries my teeth.

The High Priest cast the circle, and called the Quarters, and blessed the cakes and wine, and gave a speech about the guy hiving off, all while the High Priestess stood silently by the altar, occasionally making interpretive arm gestures while gazing devoutly at the sky. It was basically, “We are here to honor the Divine Feminine by placing this representative of the Goddess on a pedestal and then ignoring her while a man does all the heavy lifting, because she’s far too delicate to do any real work, the poor thing. Blessed Be.”

But I managed to keep my assessment in check and my poker face bolted in place, and the circle eventually came to a close (it was a really long speech: “We are very proud of this student. Very proud. Very proud.”), and as soon as it was over, the High Priestess made a beeline for the picnic area and dropped into a folding chair and went, “WoOOoo, the energies…”

She held court from that position through the post-ritual potluck, with coveners bringing her food and drink, bowing a little as they did so. And at one point, I overheard her say to an HPS from a different group, who’d come to pay respects, “Oh, I’m so sorry about what happened during that last ritual of yours. But you know, when the energies hit, they just take me right out.”

“Swooner,” I muttered under my breath, just loudly enough for Trothwy to hear. “Cossacks.”

And she wrinkled her nose and nodded in solidarity.

Swooning, in a Pagan context, occurs when an attendee at — or occasionally, the leader of — a given ritual is suddenly overcome by the Powerful Energies that have been raised. They have no other option but to kerfuffle about and collapse in a heap, dramatically stealing focus and irreparably derailing the rest of the evening. In practice, it’s a lot closer to catching the vapors than catching the Spirit.

What’s interesting (to me, at least) is that the swooner is rarely a pie-eyed, unshielded newbie, participating in their Very First Real Pagan Circle. Almost always, it’s Grand High Lord Muckety-Muck StagDragon, Magister Supreme… whom, y’know, you’d think would have a better handle on Powerful Energies.  But hey, who are you to judge, newbie? Maybe one day, you’ll be even half as affected by Powerful Energies as Grand High Lord StagDragon, and then you’ll understand.

Therein lies the inherent authority implied by a good swoon: sensitivity to the supernatural, and any resulting physical reaction, denotes great and terrible occult power. That is, swooners don’t swoon because of a lack of training or control—-rather, they swoon because they have so much psychic ability that the slightest shift in unseen forces just blows their legs right out from under them.

Yeah, I threw up in my mouth a little bit, too. But that’s what they’re selling, so that’s what I’m blogging.

Since the ultimate goal is to garner as much attention as possible, the most important factor of effective swooning is timing. If all of the participants in a ritual are dancing ecstatically, you can’t just crumple to the floor — everyone will assume you tripped. No, you have to wait for the perfect moment, such as the middle of a guided meditation. Once everyone else has moved into a nice, serene trance state, moan like a banshee and fall out of your chair. People will ask what happened. Tell them.

As cynical as I’m sounding, please don’t think I’m saying that energy or power or what-have-you can’t be raised or experienced. Far from it. I’ve raised power, and I’ve felt the power raised by others. What I’m saying is that when certain Pagans consistently swoon at every ritual they attend, something’s up.  And I’m saying that those Pagans are the same ones who are constantly under magical attack, and the same ones who have Very Significant dreams in which the Gods appear to them (and only them) to give detailed instructions on how the coven/fellowship/non-profit should really be run.

So, anyway, back to our resident Bride of StagDragon. She popped up at several events in a row, and by all accounts pulled a couple of spectacular faceplants. I was hoping to catch more of her act in person, but, sadly for me, the locals began to get suspicious. That’s the downside of swooning: You can get away with it twice, maybe three times, before the Pagans around you start rolling their eyes: “Again?”

But she’ll be fine. The Pagan community is nothing if not forgiving, so all she has to do is lay low for a while, and everyone will forget all about it.

Well, almost everyone. For every show-stopping swoon, there is a receipt. And I am an avid collector. 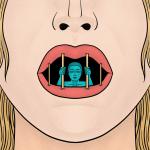 October 1, 2021
Stop Me Before I Stop Myself: Notes on Binding Spells
Next Post 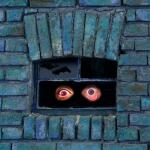 My Brother Died Today
But right now I'm tempted to consider whether putting unglamorous photos of...
view all Pagan blogs