Lately I’ve been lamenting at what a toxic place the internet can be, but instead of lament would like to contribute something more helpful to make dialoging with people on the internet a little less toxic, and a little more right. Here’s 10 things we can do to make the internet a better place for everyone:

1. Remember that avatars aren’t just avatars- but are real people with a real story.

It’s easy to lose sight of an individual’s humanity on the internet, but remember, this is a real person with a real story– and you don’t know their story. Try to remember that you’re not really talking to a cartoon avatar, but a real, live, human being who has their own story that led up to their nasty comment.

2. Know that you’re probably not seeing the individual’s true personality.

I am convinced that 99% of the nasty people you encounter on the internet probably aren’t like that in real life. They’re probably people who love their kids, don’t kick their dog, are generally kind to others, and who would be treating you completely different if you were sitting in their living room.

3. Remember that people are more than simply their position on a single issue.

When we encounter folks on the internet, it’s usually in response to a post that is dealing with one specific issue. Remember that you cannot gauge the totality of their personhood by their position on one, single issue. If you were to sit down with them, you might find a host of other things you agree on or have in common.

When people lash out online, there’s usually good reason– and that reason most likely could be linked to feelings of fear, insecurity, or that their worldview is being threatened. Many people are afraid that if they discover one area of their belief system is wrong, everything else could collapse on them too (even though that’s rarely the case). For these folks, there is a need of self preservation to defend and argue, because they’re trying to protect their worldview from falling apart.

5. Don’t say things that you know will needlessly escalate a person.

Some of us are better at pushing people’s buttons than others, but we all know how to do it. Remember that a human being is not a toy to be maliciously played with, and saying things that you know will have a high likelihood of setting them off for no good reason should probably remain unsaid.

This won’t be the case 100% of the time, but quite often you’ll find that if you respond to someone gently and kindly, they’ll soften up a bit to the point where you might be able to have a real conversation with each other.

7. Remember that responding with a defensive attitude can make  you look as obnoxious as the person you’re talking to.

The best way to go from the receiving end of nastiness to the giving end of it, is to respond defensively. I get it, no one likes to feel attacked– happens to me on a daily basis. But, the best thing you can do is to walk away when you’re feeling defensive because commenting from a defensive posture before you’ve had time to sit with your thoughts is a fast-track to becoming as nasty as they are.

8. Try to listen, no matter how hard.

A lot of nasty people just want to be heard, but haven’t quite caught on yet to the concept that they’re more likely to be heard if they knock off the obnoxious behavior. Consider taking the first step– help them by trying to listen to what they’re really trying to say. Perhaps being heard will help them to cool down a bit.

When you’re in bad space, that bleeds into your comments regardless of whether or not you can always see it. You’re less patient, less kind… less everything that’s good in the world. The best bet is to just avoid participating in the comment section when you’re in a bad mood.

10. Remember that you’ve done that too.

It’s easy to judge that nasty person you encounter online, but remember: there’s a good chance that someone else has a story where you were the nasty person. We all have our bad days. We’ve all done it. Just remember that the person you’re talking to might be just like you, but on a bad day.

We both have good days, and we both have bad days– but let’s try some of these 10 items and see if we can make the internet a better place for all of us.

This article also appeared at 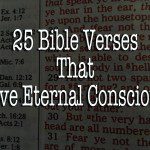 February 4, 2015 Does Progressivism Have Its Own Version Of Fundamentalism? (That God Show EP18)
Recent Comments
29 Comments | Leave a Comment
"Ben, I pray you are ok..."
Bob Shiloh 5 Ways To Contribute to Drama-Free ..."
"This headline is false. God's word is perfect faithful and true. Stop trying to rewrite ..."
Epiphany Mirabeth No, Franklin Graham, God Didn’t Destroy ..."
"Sounds to me like you are over-interpreting this verse. It's not "a law". It's simply ..."
KraigDeKompressorKruncha The Prosperity Gospel vs. Jesus: Why ..."
"There's a reply below... or however Disqus - may its name be thrice vilified - ..."
Stone_Monkey Why Do Intelligent Atheists Still Read ..."
Browse Our Archives
Related posts from The Official Blog of Benjamin L. Corey