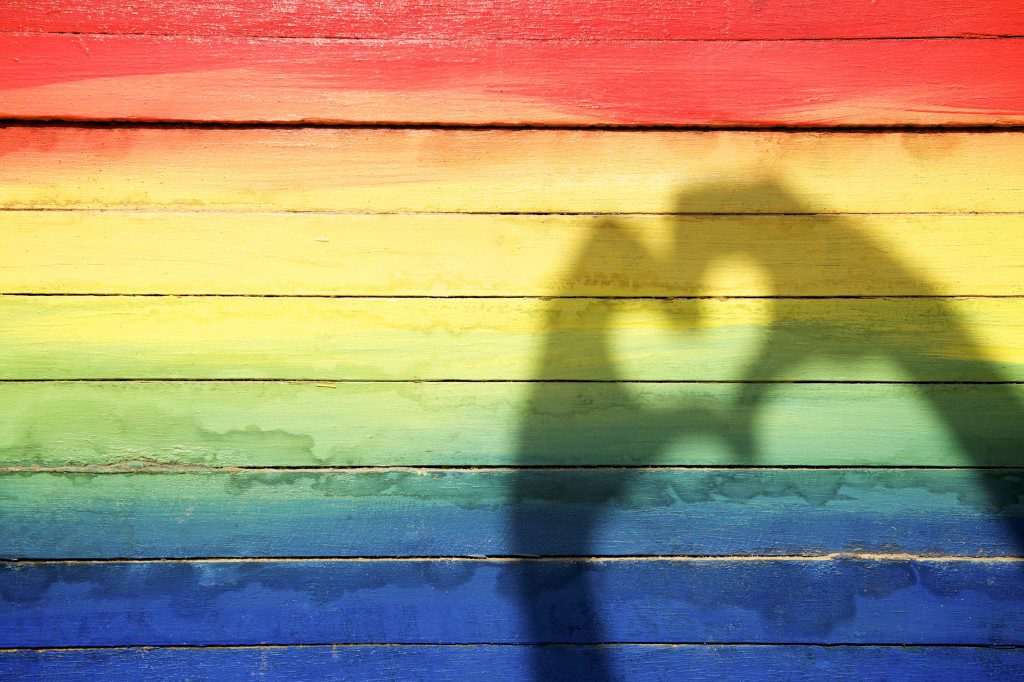 If one follows the news they’d see that many major Christian denominations are split over LGBTQ inclusion. As I have followed these developments, one observation that has stood out in my mind is that the division over LGBTQ inclusion is a recent development, historically speaking. This means one thing: the movement to include and affirm our LGBTQ brothers and sisters in the church is growing.

I believe we are seeing the early stages of what will be, within a generation, a seismic shift in the Church toward LGBTQ inclusion and affirmation. While some would assume this is due to younger Christians (who I do believe are leading the way) a recent Pew Research Center poll showed that increasing support for our LGBTQ brothers and sisters is actually climbing across all demographics– even the older generation.

Why is this dramatic shift happening?

No, it’s not because we’re in the “great falling away” that those end-timers preach about.

There’s actually 5 really solid reasons why more Christians are becoming LGBTQ affirming, and as your Explainer-in-Chief, I’d be happy to break this down for you. Here’s what’s happening:

More Christians are engaging with biblical scholarship than before.

Funny thing: many Christians are becoming affirming not in spite of the Bible, but because of it. As they engage some of the great work being done today, they’re realizing that when reading the six passages that seem to reference homosexuality, there is far more to consider than the unquestioned interpretations they grew up with. For example, they’re discovering folks like Dr. JR Daniel Kirk whose extensive work demonstrates Old Testament prohibitions are about more than meets the eye. Plus, Christians today know that OT law was completed through Christ, rendering those verses (along with that shellfish and mixed fibers stuff) relics of an ancient tribal people.

In the New Testament, more Christians are engaging the three “clobber” passages with a heart for understanding original language and context– something otherwise known as basis exegesis. Scholarship in that area reveals that the type of homosexual behavior observed and critiqued by Paul was hardly a 1 for 1 correlation to the movement for the monogamous, life-long relationships being advocated today. Instead, a cultural investigation shows that Paul would have seen a Roman culture where straight people were having gay sex out of excess, gay sex happening in conjunction with idol worship, and pedophilia in the Roman military, etc. The ancient realities of Paul’s day, compared to our modern realities, quickly make this an apples and oranges comparison.

Previous generations didn’t have this scholarship at their fingertips, and had to rely on their pastors (often not biblical scholars at all) who did their best to interpret English translations of the Bible, but did so in a way that simply reflected the views of the generation before them. Thankfully, we’re more biblically informed than our grandparents were able to be.

More Christians are realizing that being gay isn’t a choice.

No one chooses their orientation– orientation chooses you. While we do not yet completely understand the biology behind orientation to a scientific certainty, we can say with confidence that you are either born with it, or it develops so young in life that it could in no way be seen as a choice one can consent to, or reject.

A growing number of Christians are realizing that one can no more repent of being gay than they can repent of being left handed (and as a lefty, I’ll tell you: I’d die of starvation and exposure to the elements if I had to do things with my right hand.)

I’ve never met a single person of any orientation who claims they actually chose it. I have however, met scores of people who all tried to un-choose their orientation, only to realize that un-choosing orientation isn’t possible.

More Christians are aware of the harmful impact of non-affirming theology.

The struggles facing those in the LGBTQ community, especially LGBTQ youth, are undeniable and no longer unseen. More Christians are waking up to the reality that a non-affirming stance is leading to growing LGBTQ youth homelessness, as families reject their own children. They’re also more aware of things like suicide among our LGBTQ brothers and sisters, stemming from the rejection and isolation that non-affirming theology naturally cultivates, even if unintentionally.

More Christians are seeing these and other negative impacts of non-affirming theology, and are realizing that it produces bad, bad, fruit. For me, this was the precise turning point on my own journey to an affirming stance. It happened one night when a non-affirming friend asked me quite sincerely, “How can I hold a non-affirming stance in such a way that kids won’t want to go out and kill themselves?”

I thought long and hard about the question, and when I realized that I didn’t have a single answer for him, I knew that affirming was the only possible stance I could morally justify to my own conscience– and there’s a growing number of Christians who are with me on that.

More Christians are seeing people instead of seeing an abstract issue.

In the previous generation, LGBTQ was just a distant “issue” that many Christians didn’t have personal experience with. It was easy to be scared of “the gays” as they’d call them, because most folks only had distorted caricatures and stereotypes to go by– usually shaped by anti-LGBTQ rhetoric that had little resemblance to reality.

But today? Today it’s no longer a detached, dehumanized “issue.” As more and more of our LGBTQ Christian brothers and sisters have the courage to come out and share their stories, more Christians are beginning to see LGBTQ not as an “issue” but as the real life stories and experiences of their friends, neighbors, siblings and children.

When we humanize an issue by accepting the invitation to walk on the inside of someone’s sacred story, something magical happens: we develop compassion and empathy, and these eventually break way to acceptance and affirmation.

The more one knows and sincerely loves the LGBTQ people in their life, the harder and harder it becomes to hold onto non-affirming theology.

More Christians are are siding with the message of hope– and there’s no hope in non-affirming theology.

Christianity has always been the message of hope and inclusion, but non-affirming theology doesn’t offer that– and a growing number of Christians are catching on.

Think about it. In traditional non-affirming theology this is the best it gets: “Your only hope of not going to hell when you die is to spend the rest of your life completely lonely, and to totally resist ever having your most basic physical and emotional needs met.”

And that’s not an exaggeration– that really is most hopeful scenario I can think of that non-affirming theology offers. Forced celibacy and loneliness in order to avoid hell.

It’s an easy message to preach when you’re not one of the people in the audience.

More and more Christians are awakening to the realization that Christianity was never intended to be so devoid of hope, and that such hopelessness and isolation has no room in the beautiful and inclusive tradition of Jesus.

Yes, it’s true that many denominations are finding themselves divided over LGBTQ inclusion, but remember: this is a good thing, because it shows us that a growing number of Christians are doing the hard work of rethinking this, and that love is winning. 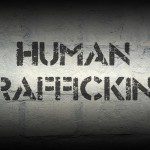 May 26, 2016
Is Pornography What's Fueling Human Trafficking?
Next Post 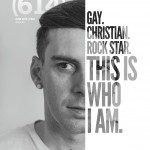