Pope Francis Is NOT A Champion Of The Marginalized 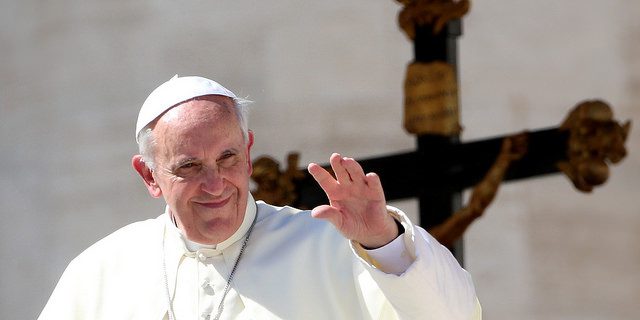 Pope Francis has, by and large, been lauded by many progressive Christians since the earliest days of his papacy– I have been one of them. In fact, in 2015 I was interviewed by CNN as one of a variety of non-Catholic faith leaders who liked and respected him, even going so far as to say I had a “bromance” with him.

There are certainly a host of things to like and celebrate about Pope Francis, most especially when viewing those things in comparison to his predecessors. Some times, appreciating qualities of a leader is not absolute but is often relative. From washing the feet of prisoners, consistently speaking out in defense of the poor, to his more humble life that includes simple garb, sneaking out for pizza, and living in a normal apartment; I can find no shortage of things to appreciate about him. Because of some of these unique acts and qualities, the Pope has often been hailed as a hero of the marginalized, as if he is a shining example of what standing in defense of the vulnerable look like.

But unfortunately, that’s not true. As I continue to listen and learn from voices within marginalized communities, and as I push myself to dig deeper into issues of intersectionality when it comes to risk and marginalization, I am more and more aware that Pope Francis is no hero to the marginalized.

One cannot claim to stand for the marginalized and oppressed while continuing to stigmatize and contribute to the very factors that lead to one becoming marginalized. For example, the Pope recently stated that teaching children what it means to be transgender was “terrible” and a “war against marriage.” These types of statements show that while the Pope puts on a good front for many people pushed to the shadows of society, he still does not understand how many of the end up there.

As these negative stereotypes, biases, and misinformation about various groups take root and permeate through culture, individuals end up either pushed to the margins of society, or are denied ever being included as a full and equal part of it to begin with.

And what happens then?

Once a people group begin to find themselves marginalized, things have a way of always getting worse. While stigmatization (beginning with the language we use) gives birth to progressive marginalization, marginalization often gives way to things like criminalization or destitution. When one is either poor, has limited access to physical or societal resources, has drastically reduced or limited opportunities in comparison to the average member of society, and/or is verbally maligned by society at large, they often find themselves in the difficult position of destitution or surviving via activities that for them are necessary, but for society are criminalized. Usually activities that those outside of a marginalized population don’t have to engage in if they don’t choose to, which makes the criminalization factor even more oppressive since it is largely only these marginalized groups who are affected. And of course, as we all know, once you have been criminalized life can get a lot harder moving forward.

The net result of this process of stigmatization leading to marginalization, followed by criminalization or destitution, is that it creates a vicious cycle where people have no way out. No hope. For many, life’s trajectory only moves in one direction: progressively worse.

While I applaud many of the overtures Pope Francis has made toward the poor and oppressed, the sad reality is that he is playing a role in how some of them get there to begin with. In addition, those who hear, internalize, and repeat some of the negative language or stereotypes he has made about marginalized communities, are doing the same.

Until the Pope is ready to fully embrace and affirm our LGBTQ brothers and sisters, until he calls on everyone to welcome them in as full and equal members of the church and of culture– and certainly as long as he continues to make disparaging remarks about them– Pope Francis is no champion of the marginalized.

He’s actually contributing to their marginalization. 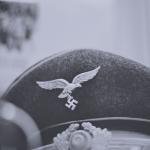 August 22, 2017
Dear Religious Right: Didn't You Just Finish Telling Me You Believe in Violence Against Nazis?
Next Post 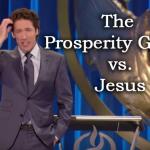 September 6, 2017 The Prosperity Gospel vs. Jesus: Why These Two Things Are Not the Same
Recent Comments
377 Comments | Leave a Comment
"Ben, I pray you are ok..."
Bob Shiloh 5 Ways To Contribute to Drama-Free ..."
"This headline is false. God's word is perfect faithful and true. Stop trying to rewrite ..."
Epiphany Mirabeth No, Franklin Graham, God Didn’t Destroy ..."
"Sounds to me like you are over-interpreting this verse. It's not "a law". It's simply ..."
KraigDeKompressorKruncha The Prosperity Gospel vs. Jesus: Why ..."
"There's a reply below... or however Disqus - may its name be thrice vilified - ..."
Stone_Monkey Why Do Intelligent Atheists Still Read ..."
Browse Our Archives
Related posts from The Official Blog of Benjamin L. Corey