Core Values the Religious Right Taught Me, But Abandoned in the Age of Trump 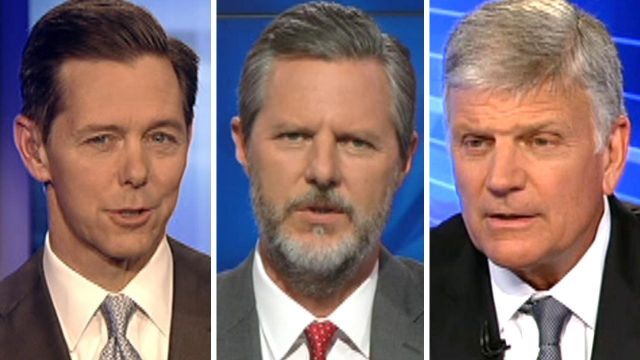 I was a child of the Religious Right.

From my 777 “To Hell With The Devil” t-shirt, to reading Like Lambs to the Slaughter so I could explain to my English teacher how her guided “relaxation” technique was demonic, I was programmed well.

I grew up and eventually became an adult in the Religious Right.

I left Gospel tracts with my tip at restaurants, was the town chairman of the Republican party, and even had a bumper sticker that said “I accelerate for liberals.”

Throughout my years in the Religious Right, especially as a child, I was taught a specific slate of values– some I still hold, and some I do not. Ironically, the same can be said for the Religious Right itself; core values and principles which once were seen as unshakable, have now been discarded in the Age of Trump. Here are some of these values that this Leftist Apostate learned from the Religious Right, but that only I believe now:

Growing up in the Religious Right, we used to have a go-to saying for people who claimed to be a Christian but whose life clearly didn’t reflect it. We’d tell them, “I can sit in the garage all day long and claim to be a car, but that doesn’t make me a car.” We rightly believed that simply claiming the title “Christian” did not necessarily mean that an individual actually was one.

However, in the Age of Trump, this belief has been totally abandoned. Instead, the most un-Christian president one could possibly imagine is now seen as a bold Christian who boldly defends Christian values– simply because… well, he says so.

Me? Well, I might be a Leftist Apostate, but I still believe that the true evidence of whether or not one is a Christian is found in the type of life that they lead.

Here’s an inconvenient truth: during the Clinton presidency we coined the term “character counts” because, so we believed, the individual moral and ethical character of a leader directly impacted their ability to lead.

This core belief of the Religious Right firmly existed until the day they realized remaining true to this value would mean voting against their own candidate. In the Clinton Era, this value meant taking out a democrat– but in the current era, remaining true to that value would have meant actually electing one. With the election of Trump I thought I had seen my former tribe at their worst, and wondered if this was a one-time deal they’d eventually repent of, but came to see that this value change of the Religious Right was permanent in nature when they supported child-predator Roy Moore for Senate.

Me? Well, this Liberal Apostate believes that character still counts, and won’t be supporting candidates in either party who can’t pass a basic morality test.

When I was a kid the Religious Right sat us down and taught us that simply because culture may change, it doesn’t mean that truth or morality changes with it– that just because all of our friends might become accepting of something, doesn’t mean it’s right or true. Instead, we were taught that truth is absolute and that what is moral or immoral never changes either.

In the Era of Trump, this belief changed dramatically. While they still of course hold to some of their original moral convictions, truth and morality in many areas have all of a sudden become much more fluid. Sexual assault became “locker room talk”, lies became “alternative facts”, folks like Franklin Graham responded to the Russian meddling in the U.S. election with “so what, everyone is doing it”, and the moral failings of their own political leaders all of a sudden became somehow excusable.

Me? Well, I remain firm in my conviction that truth and morality don’t shift with the seasons of culture. What is a lie today doesn’t magically become truth tomorrow. What is immoral today doesn’t instantly become acceptable tomorrow. Apostate or not, I’ll keep holding this conviction long after they have walked away from it.

It is impossible to serve two masters

Jesus famously said that it’s impossible to serve two masters, and when I was a member of the Religious Right we actually believed this.

These days? While I still believe it is impossible to swear allegiance to God and something or someone else, the Religious Right seems to have changed their tune. Instead, I’ve actually seen many leaders on the Religious Right argue that serving God, by definition, meant one had to also serve Donald Trump.

Yes, in the old days we believed that one had to pick between Jesus and Barabbas, but in the Era of Trump it appears that you can choose them both at the same time.

Me? Well, I actually still hold to the belief that you can follow God, or follow the crowd. 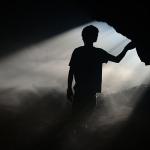 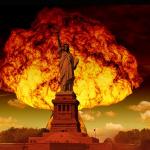 January 4, 2018 Dear Evangelicals: Is Trump Still "Pro-Life" If He Gets Us All Killed?
Recent Comments
350 Comments | Leave a Comment
Browse Our Archives
Related posts from The Official Blog of Benjamin L. Corey