Be Not Deceived: There’s No Such Thing As A “Christian Banker” 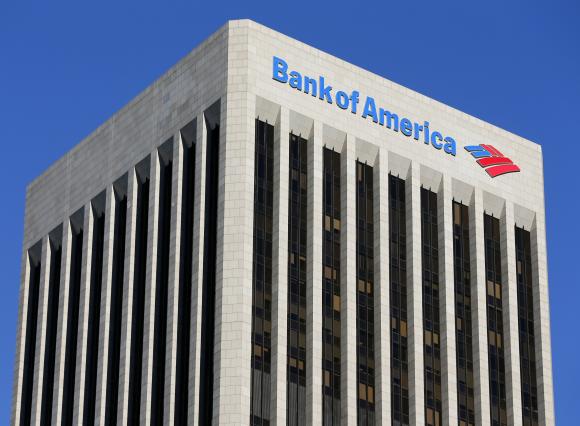 You know what makes me absolutely lose my mind?

Bankers who call themselves “Christians”. I realize historically that there may have been small pockets of people who identified as being both a banker and a Christian, but these days, it’s almost widely accepted. I mean, just the other day I saw an advertisement for the Fellowship of “Christian” Bankers! Even worse, they weren’t meeting at the Episcopal church– they were meeting at the Presbyterian church!

I think the fact that we’re seeing more people identify as “Christian Bankers” as if there’s such a thing (there isn’t), is a sign of just how corrupt society has become. Scripture warns us that when the end times are upon us, we’ll be seeing more of this kind of thing– people will exchange truth for a lie, and that they’ll have no desire to live out true Christianity.

Those days are upon us, my children. Instead of truth, people in today’s culture just want their ears tickled with false teaching that caves to the pressure of culture instead of remaining true to the Bible. People just want a “feel good” Gospel (which isn’t really a Gospel) without ever challenging them to actually obey scripture (hat tip, Dr. James White). Such is the case with these so called “Christian bankers” and all the supposed “Christians” who invite them into the Kingdom of God.

Let me be clear: you have NO RIGHT to be inviting these people into the Kingdom! If you invite them in and refrain from judging them in lieu of letting God work on their hearts, it’s simply proof that you’re not a true Christian either. You emergent and progressive leaders (aka, wolves in sheep’s clothing) who keep going out into the streets and saying “God is throwing a banquet, and you’re are invited to come in!” are every bit as much the problem as the “Christian” bankers themselves.

Honestly, the term “Christian Banker” outright disgusts me. Why someone would want to pair the words together is sick, sick, sick.

Be not deceived: there’s no such thing as a Christian Banker, and scripture makes that clear.

In Ezekiel chapter 18 we see it in no uncertain terms:

“He eats at the mountain shrines.
He defiles his neighbor’s wife.
12 He oppresses the poor and needy.
He commits robbery.
He does not return what he took in pledge.
He looks to the idols.
He does detestable things.
13 He lends at interest and takes a profit.

Will such a man live? He will not! Because he has done all these detestable things, he is to be put to death; his blood will be on his own head.”

That’s right: charging interest on a loan is “detestable”, otherwise translated as an “abomination”. The penalty? Death. This abomination is exactly how bankers make a living, and it’s sick.

So no– don’t try to give me your liberal nonsense that it’s possible to be a banker and a Christian at the same time. It’s not. If you think that, it’s only because you reject scripture and therefore reject God.

And no, don’t try to tell me that this passage might have a specific historical context instead of being a blanket prohibition for all times, all places, and all situations. We all know that there’s no reason to study the historical context any deeper than the surface of the English text.

No, don’t try to tell me that there might be reasons, completely known only to God, as to why some people are bankers. I don’t care why– and I don’t care if I don’t know why, it’s still an abomination worthy of death. God will not take into account any additional factors when judging, and neither must we.

No, this is not an area where Christians can disagree and still maintain fellowship with one another, or still have Christian charity towards one another. There is no “third way” on this issue, and if you try to find one, it’s only because you’re ashamed of the Gospel of Jesus and would rather deny him before men than take a stand against banking.

And, don’t even get me started on what I think you should do if your college age child tells you that they seem to have a natural affinity for accounting, because you probably won’t like the cold, hard truth I’ll tell you.

Instead of inviting bankers to join everyone else in experiencing Jesus and to therefore see that he is altogether wonderful, and instead of trusting that Jesus will reveal to their hearts whether or not he wants them to abstain from banking, it is my job to pronounce loud and clear that:

BANKERS ARE OUT and they are NOT WELCOME at this banquet.

It’s that simple– and if you disagree with me, it’s probably because you don’t really love Jesus (and you’ll have an eternity in hell to wish you had listened to me).

June 19, 2014
You'll Never Understand The Bible Until You Understand Jesus
Next Post

June 23, 2014 Letting Go Of Hell (Without Letting Go Of The Bible)
Recent Comments
95 Comments | Leave a Comment
Browse Our Archives
Follow Us!