One of my favorite songs as a kid was American Pie (The Day The Music Died) about the death of Buddy Holly.

It’s one of those tunes you just never get out of your head.

In the opening lines he talks about hearing the news that Buddy Holly had died and says:

“I can’t remember if I cried,

When I read about his widowed bride,

But something touched me deep inside,

The day the music died.”

We often are not able to see or identify pivotal moments in history until long after they have passed. There are times however, when we’re able to realize just how significant a certain moment is.

Especially when someone– or something– dies.

Yesterday was one of those moments in American Evangelicalism.

When World Vision announced that they were now allowing married, gay Christians to work in their US offices, the internet blew up on all sides. It seems that all the gay wedding cakes that have been discussed were like tinder being collected dried out, and left far too close to a heater. World Vision’s attempt at unity within the body of Christ most obviously backfired, and became the final spark to ignite an evangelical explosion.

Last night I reflected on the situation in deep sadness. I’ve always considered myself an evangelical, and for the most part I still do depending who’s defining the term. However, I sensed in my spirit that yesterday was a profound day in our history, and it came with sadness for me.

The question I posed on twitter became: “did we just witness the death of evangelicalism?”

In some ways, the answer to that is yes. Yesterday, I believe, was a major turning point in the Evangelical Reformation that has been underway and that we at least experienced the death of Evangelical Christianity in America as it once was.

Although it may not have always felt this way, Evangelical Christianity was a relatively large bubble that had room for a range of perspectives. Fundamentalist Evangelicals, Mainstream Evangelicals, and Progressive/Emergent Evangelicals were able to all be in the same space- though there was usually friction in areas of overlap, for a time it was big enough for everyone. 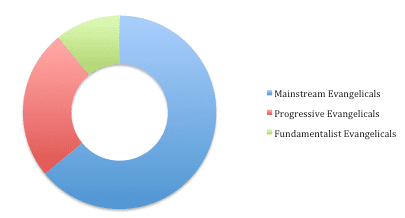 Yesterday however, we saw a merger between mainstream evangelicals and fundamentalist evangelicals. Together, they were able to merger to the point that it fractured the circle, sending the rest of us outside of what used to be a diverse evangelical tribe. 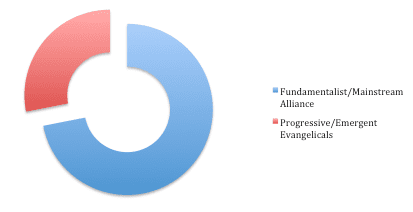 Now, it’s important to understand that “evangelical” or “evangelicalism” can refer to different things. One is simply a reference to culture and tribe while the other is a theological viewpoint. For example, the most basic requirements of being an “evangelical” using the requirements of the Evangelical Theology Society is simply an affirmation of the trinity, and an affirmation of the inspiration of scripture and that the original autographs were inerrant (whatever that ends up meaning).

I’ll always be a theological “evangelical”, that’s not going anywhere. What we saw the death of yesterday obviously wasn’t the theological category of “evangelical” but the culture of “evangelicalism”– it was a death of the tribe as we knew it. The fundamentalist and the formerly “main stream” evangelicals drew hard lines in the sand, merged together, and made it clear that they are not interested in big tents or leaving room for the “other”.

Basically, if evangelicalism had a Court of the Gentiles, the other two groups just set up a bunch of tables and told us to go wait outside.

Yesterday shows that the former main stream evangelicals are now going to double down on this issue or anything that even hints of it. Be clear: this actually wasn’t a debate on same sex marriage. This was a debate on whether or not a Christian organization can hire gay Christians from denominations who have a different theological perspective on the issue.

World Vision and those of us who lean my way said “yes– we want everyone working to help the poor and needy and we want to acknowledge diversity in the body.” The others responded with a “Hell no. We’ll pull the support of the children we sponsor before we ever tolerate gay people working here.”

I was actually taken back by the amount of bile being spewed over this issue around the internet. It was far more than I had anticipated, and caused me to re-think my defense of World Vision throughout the day.

In the end, not only am I unapologetic for defending World Vision; I’m as defiant about it as Tony Jones standing up to the Friendly Atheist. Defending them and speaking up for these children was and is the right thing to do.

However, the day left me sad. Where I sensed a death was when I realized how the lines that had been drawn were so unnecessary. We always knew that the sides against same sex marriage and the sides for same sex marriage would never see eye-to-eye (fine, there’s room for both of us), but what we saw yesterday went one step further: it was declared that Evangelicals are not allowed to take a neutral position on the issue.

That’s the key. No more neutrality allowed. It was declared that hiring a married homosexual shall now be considered as equally egregious to officiating the wedding yourself.

That line didn’t need to be drawn and puts those seeking to be peacemakers on the outside of the margin– no longer evangelicals in good standing.

As a result, Evangelicalism as we knew it, died. Instead of affirming the trinity and the inspiration of scripture in order to be called an evangelical and leaving all other theological debates open for charitable disagreement, the New Evangelicals have now added neutrality on same sex marriage something that must be disavowed before signing on. When leaders wished World Vision “farewell” and declared this “apostasy“, they made the lines dark and clear: you can’t be an evangelical if you don’t agree with them.

It was a requirement that didn’t need to be added and has at best, created a “New Evangelicalism” with very little room for diversity, let alone outsiders.

It’s clear they’ll now go in their own direction– without us. Not by our choice, but by theirs. Not because we left, but because they left.

And, she’s right. With these lines, there’s simply no more battle to fight but instead, something new we must get busy building.

Something that is now clearly outside of what used to be called Evangelicalism.

March 25, 2014
When We'd Rather Let Kids Go Hungry Than Be Reasonable On Gay Marriage
Next Post

March 27, 2014 World Vision Announces New, Radically Consistent Employment Standards
Recent Comments
67 Comments | Leave a Comment
"Ben, I pray you are ok..."
Bob Shiloh 5 Ways To Contribute to Drama-Free ..."
"This headline is false. God's word is perfect faithful and true. Stop trying to rewrite ..."
Epiphany Mirabeth No, Franklin Graham, God Didn’t Destroy ..."
"Sounds to me like you are over-interpreting this verse. It's not "a law". It's simply ..."
KraigDeKompressorKruncha The Prosperity Gospel vs. Jesus: Why ..."
"There's a reply below... or however Disqus - may its name be thrice vilified - ..."
Stone_Monkey Why Do Intelligent Atheists Still Read ..."
Browse Our Archives
Related posts from The Official Blog of Benjamin L. Corey