Fox News: If You’re Going To Run For President You Can’t Talk Like Jesus 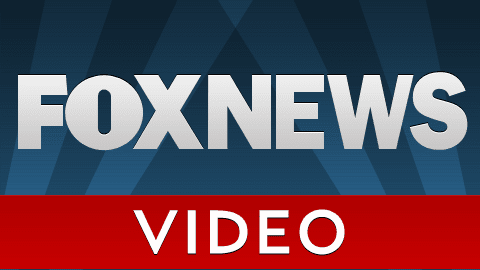 I’m not supporting either party for president next year, and for the most part want to stay out of the debate, but some stuff you just can’t ignore.

Last night on Fox News, Col. Oliver North admitted that right-wingers such as himself believe that Jesus followers are “not just naive and utopian” but “irrational,” and that espousing the teachings of Jesus would cause one to “write off” any chance at becoming the US President.

How did this admission take place?

Well, it seems that Hillary Clinton gave a speech the other day where she stated that America needed to use it’s power wisely, and that we needed to learn how to “empathize with our enemies.” Here’s what she had to say:

“This is what we call using ‘smart power,’ using every possible tool and partner to advance peace, leaving no one on the sidelines. Showing respect even for one’s enemies, trying to understand and insofar as much as psychologically possible, empathize with their perspective and point of view. Helping to define the problems, determine the solutions– that is what we believe in the 21st Century will change the prospects for peace.”

Hmmm… sound quite similar to the Sermon on the Mount where Jesus teaches that a requirement of being one of his followers was that you must “love your enemies.” I am pleasantly surprised that a potential presidential candidate would suggest we actually take Jesus seriously when it comes to how we deal with our enemies– even though she stopped at empathy and didn’t move all the way to “love.” Yet, it’s a start.

Well, Fox News via Oliver North isn’t exactly impressed with this Jesus nonsense. On the program Col. North lamented that the idea of learning to “empathize with your enemies” was one of the craziest ideas he’d ever heard of:

“I can’t think of a presidential candidate who would have said those kinds of things. Think about this. She’s urging us to empathize with our enemies. Think about December 7, 1941 and then FDR going to the Congress of the United States the next day saying, ‘We need to have more empathy for Japan.'”

North goes on in the video completely aghast that someone would suggest that we should have empathy for people who are killing Christians, while Gretta tries to give Hillary the benefit of the doubt that she must have been “taken out of context.”

Basically, his position boiled down to the fact that even remotely empathizing and trying to understand one’s enemies, instead of bombing the crap out of them, is insane.

The whole interaction caused me to stop and reflect on what it must have been like when Jesus suggested to the crowd that day that they love their Roman oppressors– people who were nailing them to crosses left and right. The must have thought he was “irrational” as well.

Here’s what North and the Fox News folks don’t seem to get: Jesus commanded that his followers must love their enemies. By saying that we should at least attempt to empathize with our enemies and advance peace, Hillary is simply expressing a Jesus approach to dealing with enemies (whether she realizes it or not).

And that’s where we get to the irony of it all: Fox likes to complain about “Christian Persecution,” but what did they just do?

The moment a Christian candidate espoused a Christian view towards enemies, they denounced it– essentially admitting that they would never tolerate an actual Jesus follower running for president. North states:

“If you’re going to run for president, you cannot talk that way about people who intend to kill us.”

Ironic… and sad that such a suggestion is so repulsive to so many people today.

I guess Jesus is, after all this time, still too radical for most folks… Including Fox.

You can watch the full video here:

December 5, 2014
Why Cops Are Killing Unarmed People: Understanding The Big Picture
Next Post 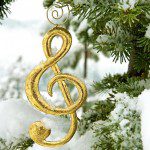 December 7, 2014 The Top 5 Most Moving Christmas Songs I Listen To
Recent Comments
133 Comments | Leave a Comment
Browse Our Archives
Related posts from The Official Blog of Benjamin L. Corey