As an adoptive parent, I’ve heard all the questions.

We get it– you don’t mean to offend, but the questions are still rather off-putting and sometimes downright dehumanizing.

“Wow, she must have been expensive”

I’ve heard them all. I usually take the opportunity to re-educate the person asking the question and explain why their wording might come across as offensive to adoptive families like mine. I’ve also been known to come up with some snarky and equally rude replies- but I’m not proud of those moments even though I do admit, they were usually quite funny.

FINALLY, someone (Jesse Butterworth, actually) has done the work for me and produced a PSA that I think everyone should see. Please pass along to anyone who might come in contact with an adoptive family so we can finally get the world to realize that if you wouldn’t say it about a boob job, you probably shouldn’t say it about adoption.

Here is the hilarious, and very practical PSA to help folks everywhere:

via Rage Against the Minivan 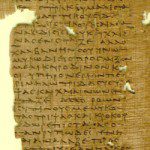 April 22, 2014
How To Completely Misuse The Bible In 5 Easy Steps
Next Post