Last week I pretty much secluded myself from the world and the internet after the entire World Vision mess had left me feeling emotionally spent. When I left, word was that 2,000 impoverished children had been abandoned by their American sponsors who refused to donate to a Christian charity who hired Christians who were gay and married. Now, that number has climbed to 10,000 children. I can still hardly wrap my mind around it all and while I wish the whole thing would go away, it is still heavy on my heart– because the kids are heavy on my heart.

During the fiasco, many conservative Evangelicals expressed that it was against their conscience to associate with a Christian organization who hired gays and that such a hiring practice was a deal breaker as far as charitable giving goes. The question becomes: will they apply that principle consistently, or hypocritically? How strongly do they really believe that Christian organizations/institutions should refrain from employing gays?

Enter Liberty University, the largest Christian university in the world, who just hired an openly gay employee without barely a peep from the folks who exploded over the World Vision nightmare.

In preparation for Liberty’s Alluvion Stage Company’s presentation of Mary Poppins, they’ve hired a high-caliber choreographer to help make the show a success. And, turns out that he happens to be openly gay and an LGBT advocate. According to the Christian News Network, when Liberty was asked about this they basically shrugged their shoulders and said they hire people on the basis of their ability to do a job, not on the basis of their sexual orientation– which is the correct answer.

“Director Linda Nell Cooper told Christian News Network that Alluvian/Liberty University was not aware of Goldberg’s beliefs about homosexuality, but stated that one’s “personal life” is not a factor in the hiring process.

“He was hired based on his professionalism and his talent like everyone else,” Cooper explained. “It never came up in the conversation, nor would it have. … We do not ask about their personal life.”

“We work under professional guidelines. No one knows anything about anyone’s personal lives,” she reiterated.”

According to Broadway World this has “outraged” Evangelicals, but I haven’t seen any evidence of that. In the days after the World Vision announcement their Facebook page was saturated with negative comments and promises to stop sponsoring children. However, Liberty’s Facebook page is just filled with students complaining that their having technical difficulties with the student internet.

The Edge is also reporting a nonexistent outrage:

“The decision to hire an openly gay choreographer that Christian News has labeled “an open homosexual advocate” for his support of marriage equality on his social media accounts has some on the religious right kicking their heels up in frustration.”

However, I’m not seeing any of that.

Doubtful that their phones are ringing with folks cursing them out, as many did with World Vision.

No threats to pull their kids from Liberty.

No churches saying they’ll have their staff immediately withdraw from online courses.

Doesn’t seem that Christianity Today is calling Liberty and bullying them into making national headlines over the issue.

All is quiet, as it should be.

Here’s why you’re not going to see conservative Evangelicals take the same stance against Liberty as they did World Vision:

Taking a stand would come at too high a price.

Have your kids withdraw from school? Well, that would mean finding a new school and likely repeating a lot of course work in order to graduate– a considerable sacrifice.

Insisting that people no longer attend Liberty? That’s hard– what Liberty does online they do on a massive scale. If conservative Evangelicals were to boycott them, there’s not an equally large online school to fill the gaps such a boycott would create.

Taking a stand would simply be too expensive and too inconvenient. Withdrawing child sponsorships from World Vision? Well, that’s easier. One doesn’t have to look in the face of hungry children a world away from the suburbs, and taking a stand didn’t cost anything. In fact, if one didn’t immediately transfer those monetary donations, taking a stand actually resulted in a net increase in personal cash flow.

Taking a stand when the only person who pays a price is an impoverished child somewhere else is easy. Taking a stand when it might mean our own child drop out of college, or our own church no longer have a convenient online school to send folks to, would require an actual sacrifice.

I admire people who hold their beliefs consistently and are willing to make considerable personal sacrifices in order to stay true to them. I have a much more difficult time respecting people who will take a stand on principle when it’s convenient, but who will balk when it comes time for them to be the one who walks away with a net loss in order to keep their conscience intact.

Who knows. Maybe once I publish this piece we’ll see 10,000 students drop out of Liberty over the next week.

But I doubt it. I certainly hope they won’t, because that would be ridiculous.

This will just be explained away.

“It’s not the same- Liberty didn’t change their hiring policies” or “but he’s not married” will be the response.

— Nope, it’s not 100% identical, but Liberty just hired someone who is openly gay and is a marriage equality advocate. Liberty expressed that his sexual orientation is irrelevant, and that their concern is his ability to do the job he was hired to do.

Update from Liberty (11:55am): a university official just provided me with the following statement:

“For decades, Liberty University has hired only faculty members who affirm the university’s doctrinal statement.  The choreographer in question is an independent contractor supplied to the university through a third party association and has never applied for employment at Liberty University and has never been an employee of Liberty.  Liberty has never required vendors who provide goods and services to the university to adhere to the university’s doctrinal beliefs.  To the extent Mrs. Linda Cooper was referring to independent contractors when she said the university never inquires about beliefs or personal lives in hiring, she was correct.  For example, Liberty has hundreds of construction workers on campus right now and has no idea whether any of them share the same faith.  Liberty has no plans to ever deviate from any of its longstanding policies and procedures for hiring.  It will continue to interview prospective faculty and staff regarding their doctrinal beliefs and practices. We understand the contractor in question had a wonderful time visiting Liberty University, and found our Christian university to be a welcoming place despite our different beliefs.”

I get that there’s a difference between a contractor and an employee, so my question would then become: would folks be okay with World Vision having gay contractors? The whole thing still strikes me as being ultimately inconsistent. 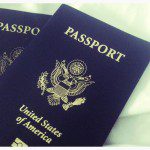 April 8, 2014 Here's Your Chance To Win An Advanced Copy of Undiluted!
Recent Comments
28 Comments | Leave a Comment
"So does the devil..."
Steven Waling 5 Reasons Why More Christians Are ..."
"The parable of the Rich Young Man is in both Mark and Luke. I'm not ..."
Kevin R. Cross There’s Only Two Types Of “Christian” ..."
"I appreciate this article, but for all the lifting up of scholarly study and academic ..."
John Creasy What Jesus Talked About When He ..."
"Yep.That's why I'll never debate an atheist. First, I respect their courage of conviction. And ..."
Jislaaik Rockadopolis Why Do Intelligent Atheists Still Read ..."
Browse Our Archives
get the latest from
Progressive Christian
Sign up for our newsletter
POPULAR AT PATHEOS Progressive Christian
1