Recently, a Sudanese court imposed the death penalty on 27 year old Meriam Yehya Ibrahim, who at the time was pregnant. Ibrahim, a Christian, was legally considered a Muslim though she had been raised a Christian. Ibrahim was given the opportunity to officially reject her Christian faith prior to sentencing, but refused. As a result, she was sentence to 100 lashes plus death by hanging.

Thanks to an international outcry on the part of governments, world leaders, and human rights organizations, Ibrahim had her sentence overturned and was subsequently set free– for a time.

Yesterday news reports broke that she was re-arrested while she and her family were attempting to leave the country. One could almost hear a collective gulp of shock reverberate across the entire internet, as all those who had hoped, prayed and advocated for her release began to let the news sink in. With her own brother denouncing her release and calling for vengeance to restore the family’s honor, there was simply no telling what would happen. Thankfully, within a few hours of her arrest, news broke that she had been freed from custody and would be allowed to depart Sudan for the United States, where she will have complete freedom to practice her religion without fear of death or detainment.

Meanwhile in the United States, we’re going about our daily lives panicking with cries of religious persecution as well… although, they’re not the cries one would think. Instead of a collective focus on wide-spread human rights abuses and religious persecution in places like Sudan, North Korea where an estimated 33,000 Christians have been incarcerated in prison camps, or the estimated thousands who actually die for their religious faith each year, we’re focused on a first world version of persecution that’s not really persecution at all.

When A&E temporarily made the decision to disassociate with Phil from Duck Dynasty over anti-gay comments he made in the media, it was labeled as “persecution”.

When public business owners in the baking industry have insisted on the right to discriminate and faced just accountability, it becomes another example of “persecution”.

We even have potential presidential candidates perpetuating such a persecution complex, with figures like Rick Santorum falsely stating that people who oppose same sex marriage are being sent to re-education camps.

With all of the legitimate and horrifying human rights violations occurring in the world, some in America have sadly adopted a very first world, privileged, and self-centered version of persecution. Instead of doubling efforts to shed light on international abuses, we’ve seen a flood of first world persecution claims– from internet trolls right up to the right wing members of government.

In the words of Senator Santorum:

In one breath, we’re celebrating that Ibrahim is now receiving safe passage to the United States where she will have unfettered religious freedom. In the next breath, we’re up in arms over the persecution of religious conservatives in the US– warning that “they” (whoever that is) “are coming at us”.

It seems that what has happened here is that persecution in America has become just another example of the way we view “problems” in a first world setting. Regardless of what actually is occurring elsewhere, we’re consumed with what we perceive is happening here, and behave on a practical level as if our “problem” is way worse. The way we’ve come to view persecution is no different than how we’ve come to view so many other issues. Just weeks ago, I sat in orphanages in the Congo where kids were lucky to eat on a daily basis and drank contaminated water that could kill them. Yet, the moment I step off the plane in the US, it was right back to listening to complaints about cellphone coverage.

Those of us in first world settings would do well to stop for a minute and consider what is actually occurring at this moment around the world. Spending our day upset because of a dropped phone call is offensive in light of kids dying from lack of access to clean drinking water. Crying persecution simply because one is no longer able to deny another human being their own individual rights, is offensive in light of real, true, actual religious persecution in the world.

This first world approach to viewing persecution needs to end, because Western Christians are far from persecuted. However, there are thousands who are– many, like Ibrahim, are even sentenced to death for their faith.

Just as I hope we’ll reject the way we allow trite issues like dropped phone calls to outshine poverty, I hope we’ll also reject a hyped up and self-centered way of viewing religious persecution. Let’s reserve the “persecution” word for the real thing– such as what we saw in the case of Meriam Ibrahim.

June 24, 2014
Meriam Yehya Ibrahim arrested AGAIN in Sudan! This is what real persecution looks like.
Next Post 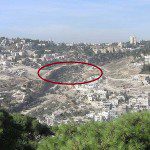 June 25, 2014 What Jesus Talked About When He Talked About Hell
Recent Comments
15 Comments | Leave a Comment
"So does the devil..."
Steven Waling 5 Reasons Why More Christians Are ..."
"The parable of the Rich Young Man is in both Mark and Luke. I'm not ..."
Kevin R. Cross There’s Only Two Types Of “Christian” ..."
"I appreciate this article, but for all the lifting up of scholarly study and academic ..."
John Creasy What Jesus Talked About When He ..."
"Yep.That's why I'll never debate an atheist. First, I respect their courage of conviction. And ..."
Jislaaik Rockadopolis Why Do Intelligent Atheists Still Read ..."
Browse Our Archives
get the latest from
Progressive Christian
Sign up for our newsletter
POPULAR AT PATHEOS Progressive Christian
1