National School Walkout: My Child Won’t Be Intimidated Into Silence 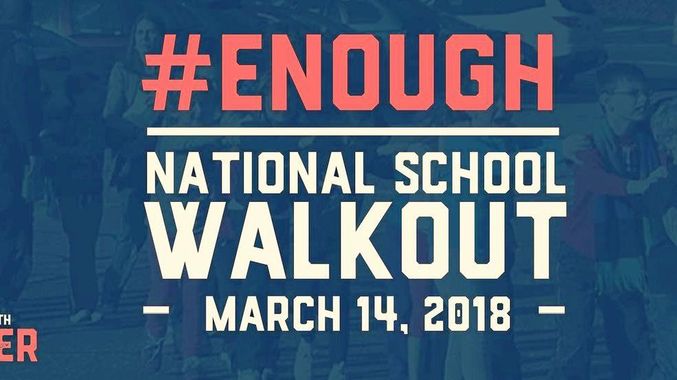 The most sweeping social changes often are sparked by those who are silenced by society. In fact, true change only seems to come when these voices stand defiantly taller than anyone imagined they could.

It has been nearly 20 years since Columbine, and America’s powerful have done exactly nothing to make that an anomaly of the past. In fact, mass shootings are so common these days that we have grown dangerously desensitized to the reality our country faces. As outraged as we are in the aftermath of any given shooting, it all seems to subside as we are quietly lulled into acceptance.

Thankfully, there’s one group of people who are no longer willing to sit back in acceptance: America’s children. Tomorrow across the country, students will leave their classrooms and walk out of school in protest over our nation’s powerful refusing to take action on this life-or-death issue of gun violence. The walkout is scheduled to last 17 minutes; one minute for each of the students recently killed at Stoneman Douglass.

Many schools across the nation see this for the valuable educational opportunity that it is, and are openly supporting students who wish to participate. Other schools however, are providing our kids with an equally valuable civics lesson, as they are threatening disciplinary measures against any student who dares participate in this national expression.

My daughter is a freshman in high school, and her school is among those openly trying to stop students standing in solidarity with their peers across the country. 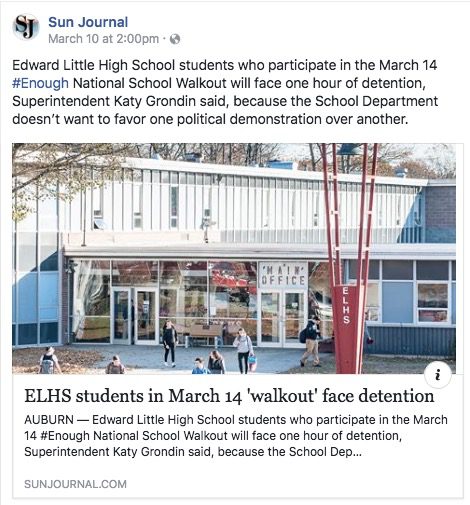 Last week she brought home a letter from the Superintendent of Schools stating that any student participating in the National Walkout would face disciplinary actions. My face beamed with pride as she handed it to me and said, “Just so you know dad, I’m getting a detention next week.”

I don’t think she even realizes the powerful narrative she so naturally found herself in, nor do I think the school realizes how naturally they set up the most worthy civics lesson I could imagine. The most sweeping and lasting social change is often sparked when the voiceless find one, amplify it with a bullhorn, and use it to call bullshit– and they say it louder when people tell them to get back in their chairs.

Our Superintendent of Schools was quoted in the local newspaper correctly labeling participation in the National Walkout as “civil disobedience,” thus warranting disciplinary measures in her view. What’s most ironic is that it didn’t have to be civil disobedience at all, nor is it in most other schools in my state or across the country. However, by turning this situation into one of civil disobedience, we find that it’s the perfect opportunity for everyone to learn a few lessons– including our Superintendent of Schools. Here is the letter I sent her this morning: 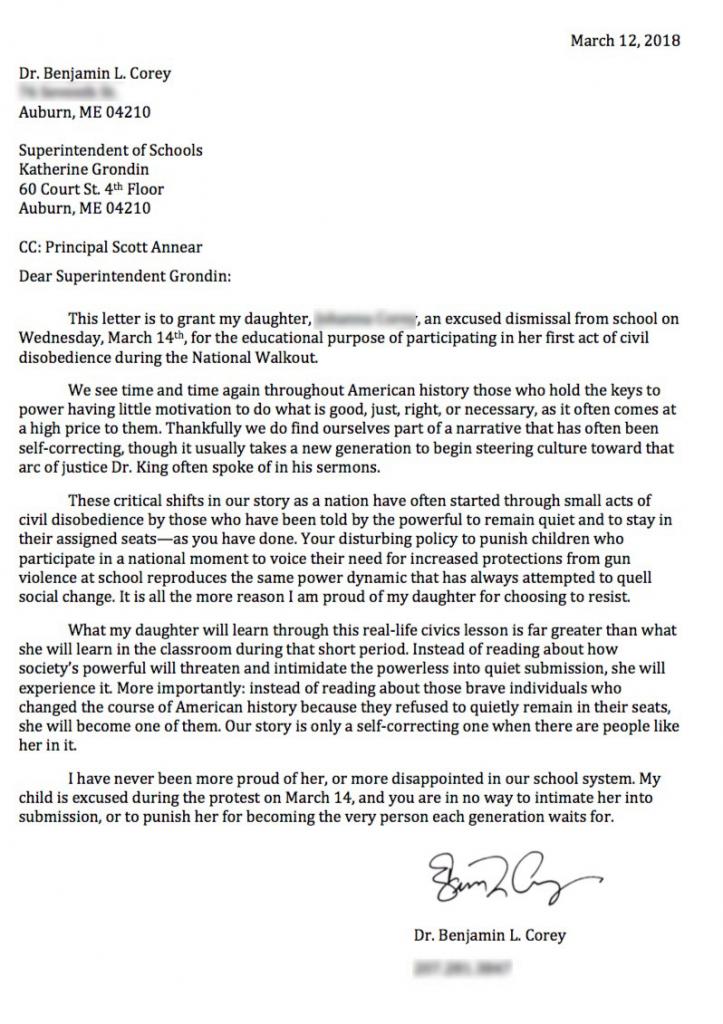 Dr. Benjamin L. Corey is a two-time graduate of Gordon-Conwell Theological Seminary and holds his doctorate from Fuller Theological Seminary. He is also the author of the new book, Unafraid: Moving Beyond Fear-Based Faith, which is available wherever good books are sold.www.Unafraid-book.com. 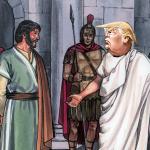 March 1, 2018
Jesus Didn't Tell Caesar What To Do? The Religious Right's Most Confusing Claim
Next Post 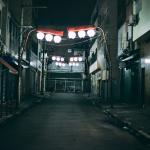 April 20, 2018 That New Anti-Human Trafficking Law Is Destroying Lives & Will Increase Human Trafficking
Recent Comments
886 Comments | Leave a Comment
"Sounds to me like you are over-interpreting this verse. It's not "a law". It's simply ..."
KraigDeKompressorKruncha The Prosperity Gospel vs. Jesus: Why ..."
"e"
Fennict The Official Blog of Benjamin L. ..."
"There's a reply below... or however Disqus - may its name be thrice vilified - ..."
Stone_Monkey Why Do Intelligent Atheists Still Read ..."
"I've got this in my documents because it's one of my favorite ones:"Half the people ..."
james warren Why Do Intelligent Atheists Still Read ..."
Browse Our Archives
Related posts from The Official Blog of Benjamin L. Corey