No, The Gospel Isn’t “Good News” For Everyone 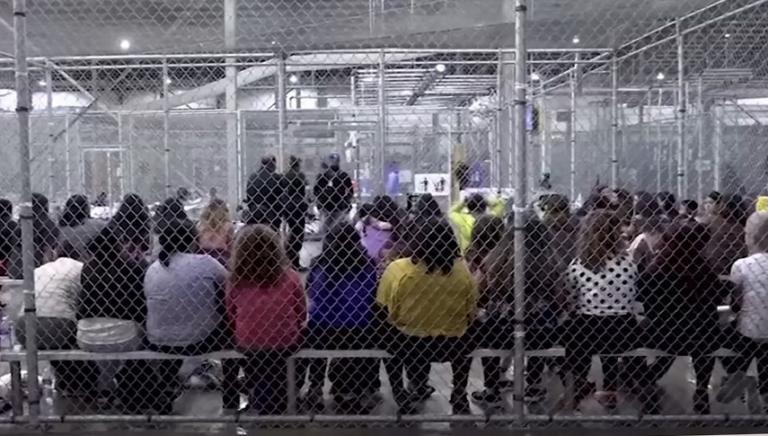 When I’ve said it, I believed it and said it with sincerity. I can also recognize that I said it in part to push-back against the faith of my youth which essentially proclaimed a gospel that is bad, bad, news for the majority of human beings who have ever lived. Pushing back on things that are wrong is good– but sometimes we can push too far in the opposite direction, not because it’s true or accurate, but for the sake of distancing ourselves from the alternative.

But today, I admit: I was wrong. The Gospel isn’t good news for everyone.

I have never been more aware of this as I have been this past week when reading stories of the Trump administration’s practice of separating children from their families at our southern border, and housing them in cages like animals at best– or handing them off to human traffickers at worst.

This feeling inside me has been building as I have read stories of children crying for their mothers. It’s festered as I’ve seen pictures of where the children are kept–pictures that look like my local dog kennel instead of a place for children. And it surely boiled over as I read an article by former First Lady Laura Bush, who reported that government officials who warehouse these children are instructed not to touch, pick up, or comfort children who are crying.

While I live in Maine and am about as far away from the southern border as one can get, these stories strike eerily close to home for me. You see, on the day I became a father it wasn’t in the delivery room of our local hospital. My first glimpse of my two wonderful daughters wasn’t as the nurse wrapped them in blankets, proclaiming “both girls!”

No, my first glimpse of my children was seeing them wave to me through the bars of the cage they were locked in.

I had no idea the first time I’d lay eyes on my children there would be a steel door with bars and a prominent lock in the middle separating us. I had always imagined our first moment would be filled with overflowing emotions of joy, but instead, as I saw my girls reach out between the bars to get our attention, the first emotion that filled my heart was absolute fury at the realization they had been waiting and locked in a cage all this time.

And so when I read stories of children being ripped from their mother’s arms, when I see images of cages that have little humans in them instead of dogs, and when I hear reports of children crying and needing comfort– but those tasked with caring for them being prohibited from picking them up, touching them, or soothing them, I realize I have been beyond erroneous in saying the Gospel is good news for everyone.

The Gospel is not good news for those who rip children out of the arms of their mothers as they flee from places of poverty and violence.

The Gospel is not good news for those who toss these children in cages, subjecting them to additional trauma.

For those who make these unjust policies, for those who carry them out even in the name of keeping their jobs, and for those who support the oppressors who enact these policies that destroy families and traumatize children, the Gospel is actually no-good-very-bad-news.

Regardless of theological position or nuance of what does or does not happen in the afterlife, what cannot be denied for anyone who claims to follow Jesus is that he clearly and articulately warned of a coming judgement. In fact, he laid it out in Matthew 25 so there were no questions: at the final judgement there will be two groups of people, and one will face divine punishment.

As much as I hate to spoil the surprise for those who haven’t gotten to this part of the Bible yet, it’s not “the gays, fake news media, and ‘godless progressives'” who get separated from the pack in order to receive their punishment.

Those who face the wrath of God, Jesus said, are those who did not welcome the immigrant, who did not clothe the naked, or feed the hungry. And specifically regarding harming children, let me remind you, is an act where Jesus said it would be better to have a rock tied around your neck and be thrown into the deepest ocean.

No matter which way you spin it, the Gospel is not good news for everyone if you believe Jesus.

No… it’s actually no-good-horrible-news for those who enact, support, or participate in the Trump administration’s unconscionable actions of ripping children out of the arms of their mothers, and then locking these children in cages. 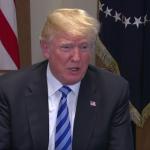 May 17, 2018
Trump's Dehumanizing Language Is An Assault Against Our Christian Foundation
Next Post 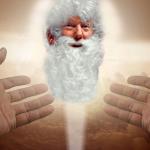 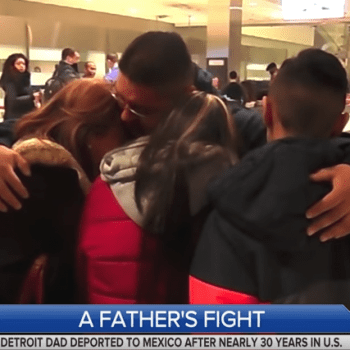