Rob Bell: A Symbol Of Every Evangelical Who’s Been Shunned For Asking Questions

The internet is abuzz again about Rob Bell in a way we haven’t seen since the release of his now infamous book, Love Wins. From Evangelical rock star to Evangelical reject, Rob has experienced the highest of highs and lowest of lows that an Evangelical can experience.

No longer pastor of mega-church Mars Hill, Rob has moved on with life in ways that don’t fit the standard trajectory many would have anticipated for a mega-church pastor. He’s spent the last few years laying relatively low, surfing the California waves, and writing a few books that made far less waves than Love Wins. Today, he’s partnered up with Oprah and is the host of his own television show called the Rob Bell Show (which launches this weekend), thus the new buzz around the internet.

While the Evangelical internet has been relatively quiet regarding Bell these last few years, Rob is once again an Evangelical discussion.

“I wonder why Rob doesn’t go to an institutional/traditional church anymore?”

“I wonder why Rob Bell is teaming up with Oprah?”

And as it goes, Rob paid a high price for it– Evangelicalism quickly ushered him to the door and told him to get lost. This is precisely why I find questions surrounding “Is Rob Bell still an Evangelical?” somewhat amusing, because they’re the ones who told him to leave. It reminds me of the times when my child would feed her food to the dog under the table, and then would act all innocent and surprised that her plate was empty.

Folks can talk about Rob Bell’s departure from Evangelicalism all they want, but when I look at Rob, I don’t see someone who has left the building– I see someone who was wrongly pushed out to the church parking lot. The historical fact is, Rob was crucified on an Evangelical cross before his book had even seen a store shelf. Is it any wonder he’s gone off to take some space and is now once again learning to express his faith, share ideas, and ask questions– but outside of the Evangelical establishment?

It shouldn’t be. It’s what we’re all doing.

This is precisely why Rob Bell has and still does connect with so many of us– we may have different stories, but we all know what it is like to be taken out into the Evangelical church parking lot for asking the wrong questions.

For us “parking lot Christians” (a term from my forthcoming book, Christian Outsiders), Rob has come to symbolically represent so many of us who have experienced the deep pain of being told, “there’s no room for you in this inn.” We might not know what it’s like to surf California waves or to get a call from Oprah, but we sure do know what it’s like to be shunned for asking a few questions.

As I have gotten to know so many out there, from some of the bigger names to the average reader, the one trend I have noticed is this: we all have a very similar stories of pain, hurt, and loss that immediately followed our questions. Some are kicked out of churches, some out of seminaries, and many have real-world friendships stripped away from them– often over areas that are clearly “secondary” theology where there is room for charitable Christian disagreement.

What too many of us have painfully discovered is today’s evangelicalism doesn’t seem open to charitable disagreement (or even discussion) on secondary matters, because in today’s evangelicalism, there are no “secondary” matters. Instead, everything the establishment believes has been reclassified as a “Gospel” issue. Dare to question that? Well, now you’re questioning the Gospel itself, which means you can’t be an Evangelical anymore.

And so, a steady stream of us end up outside in the Evangelical parking lot. Like Rob Bell, we usually take some space from the Evangelical establishment and find an alternative path– which shouldn’t be a surprise. What do you expect us to do?

Yes, Rob may be a single person, but he represents every Evangelical who has ever been shunned for asking the wrong questions.

He represents those of us who have loved Evangelical Christianity– and still do– but dared to help shape it. As a result, we’ve had relationships stripped from us, been blacklisted by churches, and pushed to the margins of faith. It happens on a daily basis– and I can tell you from experience– it is a painful way to begin a new journey.

Those of us who lost with Rob now root for Rob, his life and his success, because in him we see a glimpse of ourselves.

What’s more, Rob isn’t simply a symbolic representation of our past painful Evangelical experiences– in Rob we see what we too hope to be on the other side of our journey. No, not partners with Oprah, but something even bigger:

We long for the day when we too will be able to say that we’ve found a “close tribe of friends” to do a verb form of church with.

We long for the day when we will be as grace-filled as Rob appears to be– people who are not jaded or bitter. In this regard, Rob Bell represents not just the worst we’ve experienced but the best we might become.

Throughout the entire Love Wins ordeal, Rob handled himself with grace, dignity and love– and he still does. There were no return shots fired across the bow, no retaliatory smear campaigns, no “oh yeah? Well farewell you too!”… just love and gentleness.

Today, he seems every bit as full of life and the love of Christ as before. While we don’t know his heart, he certainly doesn’t seem jaded or negative as so many of us have a tendency to become– and that gives those of us who don’t always manage our hurt well (insert me), tremendous hope.

In Rob Bell, we see hope for ourselves because most of us aren’t there yet. We want to be whole again, have new relationships that aren’t conditional on theological agreement, and to be able to let go of the hurt and anger so that we can once again experience the joy of our faith holistically.

So, when you see him I hope you’ll join me in cheering him on and wishing him success, because he represents all of us…

Rob Bell represents every Evangelical who’s ever been shunned for asking questions, and we’re all on this journey together. 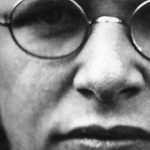