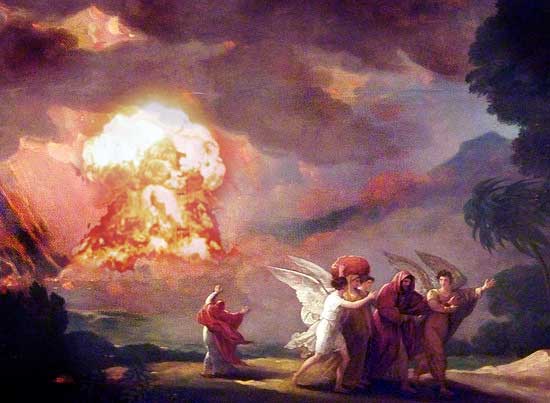 On election day in 2012, I received an e-mail from someone who had been my friend for 16 years. He had been growing dismayed with the changes I went through during my 4 years at Gordon-Conwell Theological Seminary, especially my new-found passion for biblical social justice, my advocacy for the poor, and my defense of immigrants. Having spent years wrestling with scripture at seminary and working that out within the context of a community of believers, I broke with conservative politics for the first time in my life, and voted to re-elect Barack Obama. This, clearly, was the last straw in what I thought was a life-long friendship.

In part, his e-mail said to me:

“You may not believe me, but I love you deeply Ben. I am so proud how you adopted the girls and are providing a loving home. I am so disappointed, however, in your drastic turn in recent years to the radical views I outlined above…”

“Please I beg you to examine your heart. To support a man who advocates sins so grave shows a huge chasm in your understanding of the bible and the very heart of God.”

And, he gently and lovingly closed the e-mail with:

As I finished reading it, I realized he got one thing correct in my errant rebuke: I didn’t believe him when he said that he “loved me deeply”, because love looks so very different.

His reference of “sins so grave”, was the sin of “sodomy”, which he claims Obama is guilty of (via his support of Gay Marriage). This caused me to realize that in American Christianity, we have completely lost sight of the biblical sin of sodomy— which in the Bible, had a completely different meaning than what it does now. In fact, the story of Sodom & Gomorrah isn’t even about what you think it’s about. It is chronically misused by those who conveniently leave off the whole story, and no one so much as slightly challenges the exegesis- even though a correct exegesis of this part of scripture is incredibly applicable for American Christianity today.

I remember learning the story of Sodom and Gomorrah in Sunday School and can still picture in my mind the brightly colored paper cutouts of the gay people of Sodom who marched across the green felt-board wanting nothing more than to have gay sex with the angels, and remember my well-meaning Sunday School teacher having a birds-and-the-bees conversation about what the term “that we may know them“ really means. And so, good little boys and girls grow up to be men and women who make the crucial mistake of thinking this is a story about “them” and “not us”.

Anytime we can take a biblical story and reduce it to being about someone else, we’re in trouble.

The Bible is a story about us.

As a result, the Hebrew story of Sodom and Gomorrah is often a quick go-to story for folks looking for a biblical argument against modern sexual issues in our culture. Bryan Fischer from the certified hate-group the American Family Association, recently claimed that we will be “bull rushing toward Gomorrah at warp-speed” if the Supreme Court overturns the Defense of Marriage Act. His comments can be see here:

This story has been profoundly misunderstood by generations of well intentioned people. Unfortunately, the result is that we have completely focused on an application for “them” and have totally missed that it’s really a story about us.

One of the principles of biblical hermeneutics is the principle which states scripture is best interpreted in light of other scripture. Following this principle, we look towards what else scripture has to say about the sin of Sodom, and find mention of it in many other locations in scripture which shed light on their sin. As we do, it’s surprising what we find further in the Old Testament:

In Isaiah, chapter 1, God compares Judah and Jerusalem to Sodom and Gomorrah and laments at their hollow religious activity in a similar fashion to the lament found in Amos 5. In verse 17, he reveals that he’s angry at them because they are a religious people but they are failing to do justice, encourage the oppressed, defending the cause of the fatherless or fighting for the rights of widows. In short, God is saying: “you are religious and greedy, just like Sodom.”

In Jeremiah 23, God says that Israel is “as wicked as Sodom and Gomorrah” because their religious leaders had bad character, they were unfaithful in their marriages, and the culture had become dishonest. In Matthew and Luke Jesus mentions Sodom in the context of a lack of hospitality to strangers, 2 Peter states they were ungodly and lawless, and Jude mentions their condemnation for wanting to gang-rape angels, AKA, “strange flesh” (σαρκὸς ἑτέρας) [1. there is healthy debate on the best way to translate σαρκὸς ἑτέρας which literally means “strange flesh” In my opinion, gang-raping angels who were created different than humans, would seem to make sense of the term] .

However, the most direct reference regarding the sin of Sodom in the Bible,  is what helps us no longer view this story as being about someone else:

49 “‘Now this was the sin of your sister Sodom: She and her daughters were arrogant, overfed and unconcerned; they did not help the poor and needy. 50 They were haughty and did detestable things before me. Therefore I did away with them as you have seen.”

Here we have it…

Sodom was unconcerned for the poor and needy.

Am I saying that the sins of Sodom are absent sexual immorality? Certainly not. Please don’t misread this post. The point of this article is that too often, we find a story of sin and judgement and find a way to make it about them when really it includes us.

The story of Sodom, includes us. Their sins are our sins.

We are arrogant and haughty.

We don’t like the word arrogant, so instead we use a term called “American Exceptionalism” to express how different and special we are. [2. You can even study it at a Christian college, here] During the Presidential Elections, I was disgusted by the nationalistic arrogance expressed by both candidates. I cringed as I heard President Obama say that “America is the greatest country on earth”, and wanted to yell “heretic” when I heard Romney say that America was “the hope of the earth.” [3. http://www.thedailybeast.com/cheats/2012/10/22/romney-u-s-is-hope-of-the-earth.html]

As a world traveler, I learned early on that Americans are perceived as “rich, loud, and proud” by the rest of the world, and this is not an unwarranted stereotype.

While 870 million people go hungry in the world and early 5 million children die every year due to malnutrition, America throws nearly half our food in the trash.

We have more food than we know what to do with, so we toss it away at a rate of 400lbs per person, per year.

We live in the country of “bigger and better” while 1 of 4 children in the world is stunted due to lack of healthy food.

We are unconcerned for the poor and needy.

This isn’t to say that we’re not concerned at all; I know a lot of Americans who do great things for the poor and needy among us and around the world.

However, as a culture, we are not nearly as concerned as we should be and far too many of us are concerned only for ourselves. Just look at the cultural shift which has occurred in our nation in the past few years with the birth of the Tea Party– a party who’s basic platform is: “leave me alone and get your damn hands off my money”. As Americans, we want what is ours. We are intoxicated with protecting our money and our “rights.” While the rest of the world is living on dollars a day, eating two bowls of rice and having to drink water tainted with human feces, we’re concerned with making sure that our pizza arrives hot enough, that we get a great parking spot at the mall, and advocating to ensure we don’t have to wait for a background check before we buy our assault weapons.

We fight against ensuring the poorest among us have access to healthcare, so that we can keep more of what’s “ours”.

As I write this, the US House of Representatives is pending a vote to cut $20 billion from the Supplemental Nutrition Assistance Program, which would put nearly 2 million people off a program designed to help them out of poverty. Meanwhile, we have no problem with runaway military budgets, over-the-top executive salaries, unscrupulous lending practices, and tax reductions which tend to benefit the wealthy.

We might not all be unconcerned, but a good portion of American culture is unconcerned– just like Sodom.

As followers of Jesus, we must repent.

We must repent of seeing uncomfortable stories of sin and judgement… and making the story about someone else, before allowing it to be about us.

We must repent of our nationalistic arrogance, and our false notions that we are somehow better than other human beings, or more exceptional than any other nation in history.

We must repent of being overfed, and unconcerned for the poor and needy.

The invitation of Jesus invites us to do something different… so very different.

We are invited to be humble… to give… to serve… to be… like Jesus.

Bryan Fischer was wrong to say we’re “bull rushing toward Sodom at warp-speed”, but not for the reasons he thinks.

His mistake was failing to realize we are already there.

Go a little deeper on the issue with Greg Boyd, who’s basically one of the smartest people I know.

June 13, 2013
Prince of Peace or God of War? Liberty University cashes in on war profitability (and what sojourners left out)
Next Post

June 20, 2013 Why I Quit Being a Christian (in order to better follow Jesus)
Recent Comments
12 Comments | Leave a Comment
"It's puzzling that delusional christian brand religionists still review "the" bible while ignoring the fact ..."
rationalobservations? No, Atheist Friends, The Bible Isn’t ..."
"Well, ya, no, the bible doesn't set a date. But Bishop Ussher did. And all ..."
Lucius No, The Bible Doesn’t Say The ..."
"Interesting article. Makes sense."
Michael Donahoe 5 Reasons Why Many American Christians ..."
"So does the devil..."
Steven Waling 5 Reasons Why More Christians Are ..."
Browse Our Archives
get the latest from
Progressive Christian
Sign up for our newsletter
POPULAR AT PATHEOS Progressive Christian
1