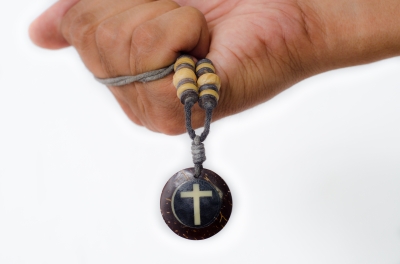 The day I truly became “born again” was the day I quit being a Christian.

I can only imagine that some of those reading these first few words, are only doing so because you had an aneurysm when you read the title and your hand accidentally clicked through the link. If that’s you, please bear with me- it’s not what you think.

You see, during my seminary days I experienced a crisis of faith as isn’t uncommon for seminarians. Between homiletics, hermeneutics, theories on atonement, systematic theology, emergent theology, and the theology of Dietrich Bonhoeffer, I had lost sight of nearly everything I had believed coming into seminary– which was especially frightening since I went into seminary thinking that I already knew everything I needed to know. The process of letting go of old theology and old ways of viewing the world without having anything tangible to replace it, left me in a tailspin. My identity, and my faith, were slipping away before me. I didn’t know who I was, wasn’t entirely sure what I believed, and had no idea what label I was supposed to wear. I came to realize how destructive it can be to live under a cultural expectation that everything be labeled, nicely sorted, and placed on the shelf where it belonged.

It’s as if we don’t know what to do with something, unless we know the precise terminology as to what to call it.

For me, I wasn’t sure what to call it, and wasn’t sure I belonged anywhere. I didn’t know what label to wear, and I certainly didn’t know how to neatly compartmentalize everything I was thinking and feeling in such a way that avoided the tension of a shifting worldview. There was no avoiding it, and no getting out of it. People had told me that if I went to seminary the Bible would become more black-and-white, and I did, only to find out it was far more grey than I had ever expected.

But now? Now I didn’t know anymore. I was more convinced than ever that I wanted to follow Jesus, but realized how unfulfilling it had been to blindly follow American Christianity.

In the midst of the tension I met my Pastor friend, Joel, and confided in him about my crisis of faith– which was really more of a crisis of identity, because my faith wasn’t diminished, I just didn’t know what to do with the faith I had. During our conversation, he told me: “It sounds like you are experiencing a reorientation of your faith around the person of Jesus. It sounds like you’re no longer oriented on a tradition, or specific doctrine, but simply oriented on Jesus.”

For the first time in months, I experienced clarity like never before.

I just wanted him- because his way seems the best way, the most exciting way, and certainly the most radical way to live.

So, I quit being a Christian so that I could better follow Jesus.

Today, while there’s certainly nothing wrong with the label of Christian and I obviously wouldn’t refuse it, I prefer to self-identify simply as a follower of Jesus which has been tremendously helpful in transforming my life. Here are my reasons:

1. The term Christian means “Christ-like”, and that doesn’t describe me.

Jesus, is everything I am not but everything I wish that I could be. So, if I’m to be completely honest, for me to call myself a Christian would be the sin of dishonesty, because I’m not anything like him. He is totally different than me.

2. The term Christian implies that I have arrived at something, and I haven’t.

Probably a more accurate way to use the term would be to say that “I am trying to become Christian” (Christ-like). But to say I’m already there? I’m not. Anytime I can get just one small area of my life to actually be Christ-like, I celebrate as I look over my shoulder and see 19 other areas of my life that are totally not-like-Christ.

When I think of being a Christian, I get tempted to think I’ve arrived. When I get tempted to think that I’ve arrived, I start acting like I have- which breeds laziness, arrogance, and keeps me disconnected from the broken world around me which hasn’t arrived at anything yet either. I don’t want to separate myself from a broken and messy world- instead, I’d prefer to be right next to everyone else who’s like me (which is all of us) so that I can point towards the one who is gentle, loving, slow to anger, and who will one day clean up what’s messy and fix what’s been broken.

3. The term “Jesus Follower” seems entirely more accurate and appropriate, so that’s how I self-identify.

When you’re following someone, it’s because you can’t get there on your own. It’s because you don’t actually know where you are going, and you have no hope of arrival if you’re not closely following behind someone who actually knows where they’re going. THAT is a far more truthful description of where I am at… I don’t have a clue how to get where I am going, but I’m happy to simply be on the path in the direction of Jesus.

Second, the term follower implies that I am attempting to do something. I so desperately want to be like Jesus- and each day is simply an attempt, as I follow. But, I fail more than I succeed, which proves even more that the title of “Christian” would be completely inaccurate for me to own.

4. When I quit being a Christian so that I could better follow Jesus, the Bible made a lot more sense.

Before my reorientation of faith around Jesus and following his example, I missed a whole lot in scripture. Since my orientation was around doctrine, there seemed to be a reason, excuse, or a loophole for everything. There were justifications for war, violence, the death penalty, greed… but once I reorientated my life around Jesus, I started to pay attention to what he said and take it much more seriously.

Stuff like “turn the other cheek”, “put down your sword”, “love your enemies”, and “whatever you’ve done to the least of these…” started become statements that I never again wanted to avoid, dodge, or explain away as I used to when I was a Christian.

As a Jesus follower, the “red words” become the lifeblood of faith and the compass for daily life. I see all the rest of scripture through the filter of the life, teachings, and example of Jesus.

So, while there’s no running away from a term that’s been here since Antioch, I’m personally not a fan of it for the simple fact that it’s not the best way to describe me.

A messed up, broken, follower.

And, I’ve grown to be very okay with that.

The first in a 7 part series on the core-convictions of being an Anabaptist.

“Jesus is our example, teacher, friend, redeemer, and Lord. He is the source of our life, the central reference point for our faith and lifestyle, for our understanding of the church, and our engagement with society. We are committed to following Jesus as well as worshiping him.”