Rumor has it that Donald Trump may be secretly looking for a way to exit the presidential election. His campaign seems to be imploding as more and more Republicans jump ship before the whole thing sinks.

Some are even wondering if Trump is trying to lose on purpose– a reasonable question in light of some of his behavior that makes absolutely no sense if he does in fact, want to win.

I haven’t given much credence to conspiracy theorists– they seem to rub me the wrong way between chants of “911 was an inside job” and posting pictures of chem trails. In this case however, it’s hard to imagine that he actually wants to win when considering some of the crazy things he says and does.

Trump’s behavior over the course of this past year has led him to become perhaps the most vilified person in the country. Our newsfeeds are full of negative stories that he alone is responsible for, often recounting offensive statements that leave one scratching their head as to what he was thinking.

If something doesn’t change, and change quickly, Trump will go down as one of the biggest losers of all time. Beyond his inevitable Michael Dukakis moment, his actions are already damaging his business as well. If you’re Donald Trump, the situation is not good.

However, I have a solution for Donald Trump. As critical as I have been of him, there is one way– one speech– that could turn Donald Trump from most hated man in America to an absolute legend in the halls of American history. He’d instantly go from villain to hero in my book, and gain millions of totally unsuspecting fans.

If you’re listening, Donald Trump, consider my advice– consider giving this speech– because millions of us would be here cheering you on, and would become fans for life:

I am before you today because all great journeys must eventually come to an end, and my bid to become the next President of the United States is officially ending today. This has been an amazing experience, and I will always be grateful for those who guided me along in what will forever be known as the biggest reality television event in the history of the United States.

You heard me right: What you just witnessed was the most epic reality television show ever. Long before I was a presidential candidate, I was a reality television star with one of the most popular reality shows ever. Today, I have proven that there will never be anyone who can come close to accomplishing what I have accomplished– my bid for the presidency created the most viewed reality television show in history, and I got every American to watch it with baited breath over what would happen next. More than that, this show was on every channel, every network, day in and day out. I got everyone to talk about it on social media. It was everywhere. It was truly amazing folks. No one has done this before. I’m still in awe with my success.

However, I did not do this as some self-serving publicity stunt. Yes, I proved I was the greatest reality show producer and star of all time, but that was all secondary to why I have spent the last two years of my life invested in this.

The truth is, I really care about the future of America. I really do. In fact, I don’t know that anyone cares more about it than me, because I went to greater lengths to illustrate America’s problems than anyone has ever gone. Ever. This reality show was specifically produced to highlight overlooked problems in America in a way that would be heard by all Americans, old and young. And I was brilliant in the way I accomplished this. That is why early on I named the show, Make America Great Again– it was a show about highlighting our problems, and making sure everyone watched.

First, I wanted to highlight something America’s founders worried about. One of the reasons our system is an Electoral College system and not a direct one-person-one-vote system, is in part because our founders feared that the average voter was actually too dumb to be trusted with a vote. In recent years there has been talk of doing away with this system, but I wanted to prove this would be a yuuuge mistake. The success of my fake candidacy shows that the fears of our founders were right.

In addition, I also wanted to expose the ignorance of the average voter in America because I truly believe we need a massive overhaul of the American education system. Listen, we’re way behind the rest of the world. We talk about how great we are but ignore all the actual data which shows that the education system in America sucks. My friends, we must elect leaders who will do the hard work to fix this. Trust me, I do want America to be great again, but there’s nothing great about our education system, and the fact that I was able to take control of an entire political party in a reality television stunt, proves it.

Next, I wanted to highlight the fact that America is no longer the home of the brave. There’s nothing brave about us. We’re so stinking scared of people who are different from us, that we’d actually consider building a huge, stupid wall along Texas, or sending starving refugees back to places where they’d be slaughtered. I mean, what the hell is wrong with us? America needs its bravery back, and the fact that millions of Americans allowed themselves to be frightened and controlled by a television star shows that we are in big trouble if we don’t address this quickly. Let me be clear: if we build a wall in Texas, the only wall we’d need to build would be one along the norther border. Seriously. I hate country music.

Then there’s the racism. I mean holy cow folks. America has such a big racism problem. The more my character said racist stuff, the more popular he got. And many of you didn’t realize the level of racism in America, so I paraded it before you and drew them all out of the woodwork. Before my character took the stage, people were less open about it, and so too many white people assumed that racism wasn’t a problem. I’ve always loved the bumper sticker that says, “protect free speech, because how else will we know who the assholes are?” and I wanted to accomplish that for racism in America. You can be ignorant no longer, folks– because you now know who all the racists are.

I also wanted to demonstrate that America is not invincible. We talk about how great we are, thinking that we’re God’s gift to the world or something, and think that our nation is somehow immune to societal implosions that have destroyed many great nations throughout world history. We are deeply vulnerable folks– I just demonstrated that it is totally plausible for an unhinged authoritarian with no self-control, no self-restraint, and no respect for others, to become President of the United States. Let that sink in people. America almost did the unthinkable– let this be a wakeup call moment. Had this not been a reality show, really bad things could have happened.

Finally, I invested my life into this reality show to demonstrate for the American people how stupid our two party system is. Why do we put up with this crap? There are 318 million people in the United States, and our two-party system put forward two of the most unlikable, untrustworthy people you could have picked out of 318 million! Folks, this is insane. I’ve sat back for years wondering why Americans so blindly accept being forced to pick between a turd sandwich on wheat, or a turd sandwich on rye. My candidacy and political success has demonstrated, once and for all, that it is time for us to reject a two-party system that forces us to eat a turd sandwich every four years. Seriously people, it’s time to change. I will never belong to either party again, and I hope others will have the courage to join me as we seek out new ideas, and a new kind of sandwich.

Yes, my bid to become President of the United States ends today. I consider it the most successful political campaign in the history of the United States, because I was able to highlight everything that is broken with America, and in desperate need of fixing. No other candidate has been successful in getting so many Americans from every way of life to engage these issues. No other candidate has exposed our fear, our racism, and our ignorance the way my campaign exposed. This has been successful beyond my wildest imagination.

No one has ever done what I have done. This was the greatest reality television show in history, and the entire goal was to make America great again by highlighting all those broken places inside of us that need to be addressed.

It was amazing, and I could not be more thrilled with how the show turned out.

Thank you all for watching– now go and do something about what this show taught you.

So, Donald Trump: looking for a way out of this election? Looking for a way to not only avoid becoming known as the biggest loser of all time, but to actually exit the race as the greatest reality show producer of all time– one who will hold a place in American history that none other will ever share?

If that’s what you want, this is the speech to give. 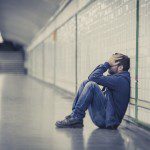 August 15, 2016
How To Be Here, When *Here* Is The Shittiest Place You Can Imagine
Next Post 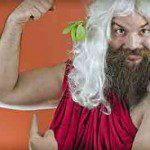 August 17, 2016 If God Is The Cause Of Our Suffering, He's Kinda A Jerk (Just Sayin')
Recent Comments
131 Comments | Leave a Comment
Browse Our Archives
Related posts from The Official Blog of Benjamin L. Corey