The Texan Assault on Christianity: Where’s The Persecution Crowd Now? 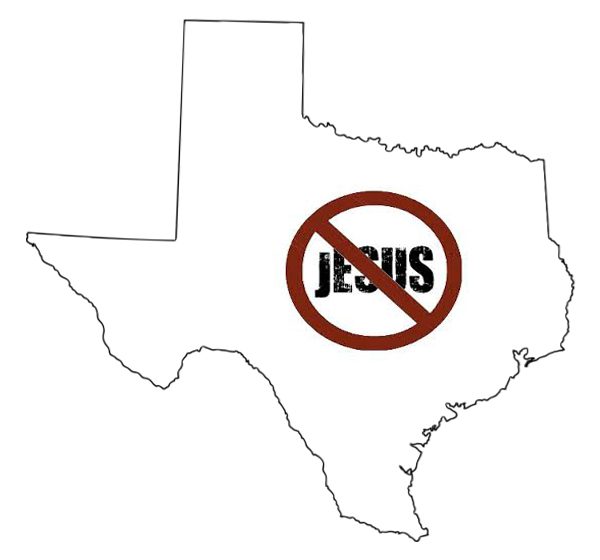 As you know, over the course of time I’ve written at length on the issue of anti-Christian persecution in America. Namely, that 9 times out of 10 such cries of “persecution” amount to nothing more than no longer being allowed to discriminate. Yet, American Christianity has held onto its persecution complex, finding reason to cry persecution at every turn.

Today however, there is finally a case of legitimate, actual persecution of Christians in America, and it comes to us from the state of Texas.

You see, Texas is one of the states that has surrendered to ISIS and now serving their interests. One of the key things ISIS wants is for Muslim refugees around the world to be shut out, so that they have no choice but to return to an area controlled by ISIS– that’s their plan to build their numbers. Such a plan only works if we cooperate with it by rejecting and persecuting refugees to the point where they feel safer there than they do here. So far, plenty of states in America have surrendered and begun serving ISIS– including the state of Texas.

But today, Texas took it up a notch. No longer content to persecute Muslims, the Governor of Texas has added Christians to the list of folks on the persecuted list.

As you know, Texas is one of the states who have barred Syrian refugees from settling within its borders. Regardless of how one feels about this, the people of Jesus have a different responsibility: we have the responsibility to help the sojourner among us. We welcome the stranger, clothe the naked, and give food to the hungry– that’s an essential, core identity to being Christian. In fact, Jesus said it was a heaven or hell issue if you want to use some conservative lingo to make the point.

And here’s how the Texas decision has now turned into a real-deal case of anti-Christian persecution: instead of saying the state of Texas won’t accept refugees but allowing citizens of Texas to freely practice their religion in spite of the government decision, Governor Greg Abbott has ordered Christian ministries to immediately cease and desist giving aid to refugees.

According to KHOU in Houston, Gov Abbott sent a letter out to local organizations such as Catholic Charities, ordering them to stop serving Syrian refugees, else their programs would be at risk. Some charities have already complied with the demand, worried that their funding would be harmed if they were to continue practicing Christianity.

Here’s the deal folks: I’ve outright mocked some of the anti-Christian persecution claims over the years, because 99% of the time, they are absurd. But this case? The Governor of a state strong-arming Christian charities, demanding they stop doing the very things Jesus ordered them to do? This is a real-deal case of anti-Christian persecution. This is a clear case of the government ordering a set of people to stop practicing the tenets of their religion– in this case, helping refugees.

So, let the record reflect that we finally have an absolutely legitimate case of the US Government telling Christians to stop being Christians– it just so happens that it occurred in the Bible Belt, by a “Christian” governor.

Also let the record reflect that when a legitimate case of anti-Christian persecution came, the persecution crowd was silent.

You know, the folks who cry persecution when they find out they’re not getting tax rebates because they discriminate, or that they can’t discriminate against LGBTQ people when working as a government contractor? Yeah– those folks don’t seem to think it’s persecution when the state of Texas tells Christian charities to stop feeding the hungry and clothing the naked.

So there you go folks. Persecution came to America and it turned out to be a Christian doing it, and the rest of the crowd didn’t even notice. 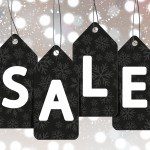 November 23, 2015
A Middle-Ground To Being A Christian On Black Friday
Next Post 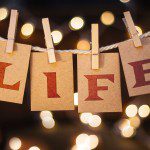 November 30, 2015 How The Current Pro-Life Ethical System Leaves Room For Violent Terrorism
Recent Comments
282 Comments | Leave a Comment
"So does the devil..."
Steven Waling 5 Reasons Why More Christians Are ..."
"The parable of the Rich Young Man is in both Mark and Luke. I'm not ..."
Kevin R. Cross There’s Only Two Types Of “Christian” ..."
"I appreciate this article, but for all the lifting up of scholarly study and academic ..."
John Creasy What Jesus Talked About When He ..."
"Yep.That's why I'll never debate an atheist. First, I respect their courage of conviction. And ..."
Jislaaik Rockadopolis Why Do Intelligent Atheists Still Read ..."
Browse Our Archives
get the latest from
Progressive Christian
Sign up for our newsletter
POPULAR AT PATHEOS Progressive Christian
1