If You Think Trump Was Picked By God, You Might Want to Read the Rest of That Bible Story 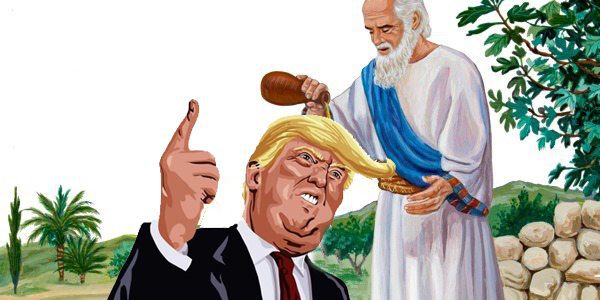 My Christian brothers and sisters on the Religious Right seem to be quite fond of claiming that God himself had a direct role in making Donald Trump president.

I recall Franklin Graham claimed that Trump’s rise to the American Throne was so bizarre that the only explanation could be that God himself was directly involved in making sure Trump became President of the United States:

In the past year of Trump’s presidency, I’ve been amazed at the considerable number of figures and leaders on the Religious Right who have carried the torch of claiming that God himself placed Donald Trump in the White House.

As someone who knows my Bible *pretty* well, too, I’ll have to admit… the idea that Trump might be “God’s pick” certainly is a biblical concept– it’s one established in a very famous story where people begged God for a leader– and got one.

But here’s the funny thing my friends on the Religious Right seem to forget:

If we go back to the biblical story where this concept comes from, the idea that Trump is God’s pick is actually reeeeaaaaallly bad.

So, might Trump be God’s pick as they claim?

Well, as a preacher and teacher of the Bible, I say we open our Bibles and turn to that famous story of God picking a king. If after reading the Bible we find undeniable similarities to America and the rise of Trump, I’ll concede the point to my friends on the Religious Right and admit that it might be true.

Let’s look at that Bible story and what Scripture tells us:

The people of Israel claimed they wanted to drain the swamp of crooked leadership, and that having a strong national leader who wasn’t part of the current establishment, but who was similar to other world leaders they admired, was going to be the only way to do it (1 Samuel 8:5). They were also tired of losing and wanted someone to do something about those darn Philistines who seemed to keep winning. They lamented about how things were, and began to insist that the only solution was to have a strong king who’d make the nation do things God’s way and who would save them from their enemies.

Assuming that having a powerful king take authority in order to get the nation to do things “God’s way” and defeat their enemies was a horrible idea, the Bible tells us. God even instructed the prophets to warn everyone to reject the entire concept before it could backfire on everyone.

But the people didn’t listen.

They rejected all the warnings of God’s own prophet, and chose instead to place their hope and trust in a king who’d help them win again.

And you know what? God reluctantly stepped back and let them let them have the leader they wanted. They ended up choosing Saul– a man from a rich family who talked a big game about following God, who was anointed behind the scenes by the religious establishment before being put in front of the people for a vote; a leader who turned out to be greedy and seeking personal gain, someone who loved war and a big military; a man who consistently disregarded God once he was in power, who spent so much time and attention trying to attack his political rival that he neglected the needs of the country, and who eventually became mentally unstable with fits of madness where his closest attendants were always trying to figure out how to calm him down.

So while my friends on the Religious Right may be drawing a real concept from an actual biblical story, the idea that God would reluctantly anoint a particular president after growing tired of the religious elite ignoring the warnings of prophets, doesn’t mean that God is attempting to bless you.

Sometimes giving in to people who won’t listen to reason, and reluctantly letting them have what they want, is actually an attempt to discipline them.

So, could Trump really be “God’s pick”?

Well, I can’t lie… I do see a few similarities to that story in the Bible. 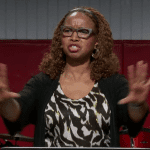 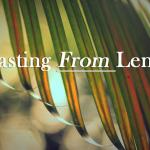 February 13, 2018 Boycotting Lent: I'm Not Fasting For It, I'm Fasting *From* It
Recent Comments
402 Comments | Leave a Comment
Browse Our Archives
Related posts from The Official Blog of Benjamin L. Corey

"Let's just agree to disagree about guns" is...
Many of the people who need to read this will refuse to...
view all Progressive Christian blogs
What Are Your Thoughts?leave a comment
Copyright 2008-2021, Patheos. All rights reserved.
Close Ad