Why Christian Parents Should Celebrate The Biblical Example of Colin Kaepernick

Perhaps one of the most discussed stories of the current news cycle is the controversy surrounding San Francisco 49ers quarterback, Colin Kaepernick, and his refusal to stand during the National Anthem. I’m certainly not surprised at the outrage across the internet– in fact, if it were legal to fire him, strip his citizenship, and deport him from the country, I’m sure that would have already happened.

There are multiple angles of this story that concern me, but none concern me as much as watching so many self-professed Christians condemning his choice of sitting during the anthem. I’ve seen all the typical condemnations– from accusations of being disrespectful, to demanding that he leave the country if he’s not willing to stand. It should certainly be clear to us that refusing to pay homage to the flag, or the nation, is socially unacceptable and comes with a high cost.

There’s actually a story like this in the Bible. In Daniel 3 we find King Nebuchadnezzar making a statue of gold and commanding everyone pay homage to it when they hear the music start playing– not unlike what we do with our flag and anthem. As most of us will recall, there were three folks who refused to participate in this: Shadrach, Meshach, and Abednego.

I’m sure they faced a lot of peer pressure. I’m betting people told them, “Stop being so ungrateful, we live in a great place” and “Don’t be so disrespectful, don’t you know what the king has done for you?”

Yet, they did not cave to the pressure. When the music began to play, they refused to bow like everyone else did– even though the penalty was death.

Those of us who grow up in Christian circles are taught this story– and we’re taught to have the courage of Shadrach, Meshach, and Abednego.

It’s funny how Shadrach, Meshach, and Abednego are somehow heroes of the story on Sunday morning, but when we turn on a football game later in the day, the villain is the one person refusing to jump up when the music starts, and who refuses to show reverence and adoration for the national symbol paraded before them.

I mean, if our national symbol were a calf made out of gold instead of stars and stripes, wouldn’t you feel differently about putting your hand over your heart and standing with everyone else when the music plays?

While Kaepernick doesn’t face a death sentence, refusing to bow down during the music has come at a cost. He’s clearly been ostracized from many of his peers who have spoken out against him. Several NFL owners have said that he will never play for their teams, showing that he has already sacrificed some of his future career options. Beyond the NFL, he’s being criticized and mocked across the country– I even saw one conservative news commentator going after the fact he is adopted, including in their commentary that his parents “didn’t want to raise him.” I’ve gotta say, as an adoptive parent I found that one vile and unconscionable.

But here’s the deal: Christian parents should be celebrating Kaepernick, not condemning him. Even if one disagrees with his beliefs on the anthem and nationalism, the example Kaepernick is setting is a beautiful real-life example of what we want our kids to be like.

At least, this is how I thought we wanted our kids to be like.

Is it not true, that we long to raise children who don’t do something just because “everyone is doing it”?

Are we not trying to raise children who have the strength of conscience and conviction to do what they believe is right, even if they do it alone?

Are we not trying to raise children who dare to do things differently than the way the world does them?

Don’t we want them to be like Shadrach, Meshach, and Abednego instead of the people who fearfully bowed down?

Maybe I missed the memo. Maybe this goal changed somewhere over time. But the last time I checked, we wanted to teach our kids to do what they believe is right, and to not cave into peer pressure.

Maybe my Sunday school teacher got it mixed up, but I kinda thought that was actually a moral in the story of Shadrach, Meshach, and Abednego.

I want to raise kids who are not afraid to sit, even if no one else joins them. I want them to do it, even if the crowd wags their finger in disapproval.

I mean, isn’t this part of what it means to be Christian? Or, maybe I missed that memo too? Because last I knew, we were supposed to be people who were citizens of a different place– a different kingdom, and a different way of living than what the world offers. That means that we’ll probably be sitting alone quite often, if we actually have the courage to live out what we believe.

We need to make up our minds. Do we want our kids to be like Shadrach, Meshach, and Abednego, or do we want them to be like everyone else who so quickly bowed down once the music started?

Because, I’ll be honest: if you’re telling your kids that Shadrach, Meshach, and Abednego did the right thing, but Kaepernick did the wrong thing, you’re sending them mixed messages.

Christian parents should look at Colin Kaepernick and realize what a beautiful example he has set. We should celebrate this opportunity to show our children someone who is doing the very thing we want them to do– and who is doing it even if half the country hates him for it. 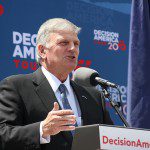 September 1, 2016
10 Ways The Ideologies Of ISIS and Franklin Graham Are Near-Identical
Next Post 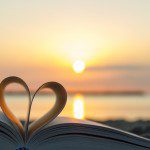 September 6, 2016 Yes, God Changes His Mind (Because Love Is Always Adapting)
Recent Comments
459 Comments | Leave a Comment
"It's puzzling that delusional christian brand religionists still review "the" bible while ignoring the fact ..."
rationalobservations? No, Atheist Friends, The Bible Isn’t ..."
"Well, ya, no, the bible doesn't set a date. But Bishop Ussher did. And all ..."
Lucius No, The Bible Doesn’t Say The ..."
"Interesting article. Makes sense."
Michael Donahoe 5 Reasons Why Many American Christians ..."
"So does the devil..."
Steven Waling 5 Reasons Why More Christians Are ..."
Browse Our Archives
get the latest from
Progressive Christian
Sign up for our newsletter
POPULAR AT PATHEOS Progressive Christian
1