The Race Card of the Early Church

The Race Card of the Early Church August 15, 2017 Frank Viola

The end of racism will never be achieved politically nor through violence or force. Neither will it be resolved by issuing denunciations against it. Unfortunately, many Christians today put their hope in the political process to solve such problems. And thus they debate the issue on the same level that the world does.

But there’s a higher way.

The following article was co-written with my friend and brother in Christ Derwin Gray.

What The First Christians Can Teach Us Today

Over the last five years, there have been numerous high-profile trials involving police brutality with members of the African American community. Hate groups abound, and so does the violence associated with them.

Media coverage has heightened passions on both ends. Conversations about race, law, injustice, prejudice, guns, etc. are all being argued and inflamed.

In this article, we don’t want to weigh in on the public debate. Instead, our passion is to encourage God’s people everywhere to transcend the debate that the world is holding on its own terms by seeing ethnicity through the eyes of our Lord.

In the physical realm, there is only one race, the human race, which is comprised of different ethnic groups (Acts 17:26). But that’s not the whole story.

We want you, dear Christian, to take your cue from the New Testament believers, for they can teach us a great deal about this subject.

A Walk Into the First-Century Church

The world of the first-century was littered with racism and oppression. In the mind of a first-century Jew, Gentiles (Africans, Romans, Greeks, Syrians, Asians, etc.) were created to fuel the fires of hell.

When a Jew called a Gentile “uncircumcised,” he spit it. It was a name of profound contempt.

If a Jewish person married a Gentile, the Jewish parents held a funeral service for their child. In their eyes, their child was dead.

On the flip side, Gentiles regarded Jews to be sub-human. Historically, the Jews have been an oppressed people, living under the thumb of one Gentile nation after another (e.g., Egypt, Assyria, Babylon, Greece, Rome).

In all of human history, there has never been so much animosity, hatred, and violence between two groups of people as there has been between the Jew and the Gentile.

But alas, in the first-century, there emerged a group of people on the planet who transcended this racial hostility.

Here was a group of people who saw themselves as members of the same family . . . a people made up of Jews, Gentles, slaves, free, rich, poor, male and female.

These were the early Christians. The Roman world stood in awe as they saw a people who hated each other began to love one another and do life together in the Name of Jesus.

Watch them walking into the market place together, arm and arm, singing with joy in their hearts.

This fact blew the circuitry of every person living in Century One. It shook the Roman Empire to its very foundations.

The church of Jesus Christ was a classless society. It’s members didn’t regard social status, color, or position. For them, there was no Jew or Greek in the body of Christ. There was no slave or free. There was no rich or poor.

Here there is no Greek or Jew, circumcised or uncircumcised, barbarian, Scythian, slave or free, but Christ is all, and is in all. Colossians 3:11

For the first two hundred years, the Christians only addressed each other by their first names. The reason? Because their last names indicated their social position in society.

Here was a classless, raceless society where all social distinctions were erased.

To their minds, Jew and Gentile, slave and free, rich and poor no longer existed. The early believers saw themselves as part of the same family . They were a new race . . . a colony from another realm, not of or from this earth. Yet for this earth.

How Did This Happen?

Enter Jesus, a prophet from the ill-starred town of Nazareth.

In His humanity, Jesus was Jewish.

But take another look. He was something other . . .

“The Father sent me.”

“I came from the Father and I will return to Him.”

To borrow the language of Arthur Custance, Jesus Christ was a new species on the planet, a new creation, a new kind of human.

Jesus of Nazareth was the first child ever to break open the womb of a woman who would be part of a new creation. A human being after God’s original thought. A creature who lived by divine life, expressing God’s image in the earth.

What was that intention? It was to take over the planet by establishing a colony of His own species on the earth. And He would do it in a way unthinkable to humans and angels.

He would die, rise again, and reproduce Himself, becoming the head of a new race, a new humanity, a new creation.

Very truly I tell you, unless a kernel of wheat falls to the ground and dies, it remains only a single seed. But if it dies, it produces many seeds. John 12:24

In His death, Jesus took all social distinction, all racial tensions, all forms of human separation, and He crucified them.

In His resurrection, He brought forth a new humanity out of Jew and Gentile, destroying the wall of division and hostility that separated them.

For he himself is our peace, who has made the two groups one and has destroyed the barrier, the dividing wall of hostility . . . His purpose was to create in himself one new humanity out of the two, thus making peace, and in one body to reconcile both of them to God through the cross, by which he put to death their hostility. Ephesians 2:14-16

Jesus Christ became the firstborn of a new creation (Romans 8:29).

Do not cause anyone to stumble, whether Jews, Greeks or the church of God. 1 Corinthians 10:32

This little passage contains a monumental truth. Before Jesus Christ entered the pages of human history, there were only two races: Jew and Gentile.

But with His resurrection, three races appeared on the planet: Jew, Gentile, and the ekklesia of God.

For this reason, the second-century Christians called themselves the “third race” as well as the “new race.”

The body of Christ, then, is the restoration of God’s original image that creation was designed to bear. An image where there is no Jew or Greek, slave or free, male or female.

Within this new non-ethnic community, the dividing lines of gender, race, class, and social status are wiped away. And new distinctions of spiritual gifting are bestowed.

Watch how Paul opens his discussion on the functioning of the body of Christ in 1 Corinthians 12—14.

For even as the body is one and yet has many members, and all the members of the body, though they are many, are one body, so also is Christ. 1 Corinthians 12:12

This passage is perhaps the most mind-bending text in all the New Testament. It destroys all our natural assumptions about the church. If you read the passage quickly, you’ll most certainly skip over its explosive meaning.

Paul tells the Corinthians that, just as the physical body is one unit having many members, so also is Christ. Notice that he doesn’t say, “So also is the body of Christ.”

In other words, Christ is a body who has many members. Or to put it another way, the church is Christ. While that sounds heretical to traditional ears, this is exactly what Paul wrote.

From God’s perspective, Christ is no longer a single person. He is a corporate person. Christ and the church are a single reality. The church is the bottom half of Jesus Christ.

Paul’s idea is not that the Head is somehow screwed onto the body. His idea is that Christ embodies the church. The risen Christ is a living, inclusive, “more-than-individual” personality.

Put another way, the church is the visible image of the invisible Lord. It is the corporate Christ. It is Christ in collective human expression.

What Does This Mean for Us Today?

Mark it down: JESUS CHRIST IS THE MOST UNIFYING PERSON IN THE UNIVERSE!

If Jesus can bring Jew and Gentile together to form a new humanity, He can bring any group of races together.

In the eyes of God, the church is nothing more and nothing less than Jesus Christ on earth. It’s a new species that’s kin to divinity; a body to the Son and a family to the Father. Kind of His own kind.

It’s no wonder that the dominating image of the church throughout the New Testament is the family. “Brothers,” “sisters,” “mothers,” “fathers,” “new birth,” etc. populate the Epistles when speaking about the ekklesia of God.

In this hour of clenched fists, God is looking for local communities of His people . . . ekklesias of God . . . made up of Black, White, Hispanic, Asian, Jew, Gentile, living out of their true identities as members of the new creation.

A people who will know one another, not after the flesh, but after the Spirit.

A microcosm of the kingdom of God, where all racial and ethnic divides are erased and Jesus Christ becomes our identity.

A model for this world to see what God’s image looks like in visible form.

A people who will provoke the universe to look with amazement and say, “Behold how they love one another.”

Political solutions will only go so far. Adjustments to our laws will always be limited. Nuances to the justice system won’t do enough.

While all of these things are good and we applaud them, they cannot remove racism from the hearts of fallen mortals.

Only Christ can. And His ekklesia can show it forth . . . visible, tangible, touchable, experiential.

This is the “race card” that the early Christians held in their hands. And it is the heritage of all of God’s people today.

August 14, 2017
Your Questions About My TITAN - Discounted
Next Post

August 20, 2017 The Wisdom of the Heart
Recent Comments
5 Comments | Leave a Comment
Browse Our Archives
get the latest from
The Deeper Journey
Sign up for our newsletter
POPULAR AT PATHEOS Evangelical
1

How Can You Know If You're...
Preventing Grace
Related posts from The Deeper Journey 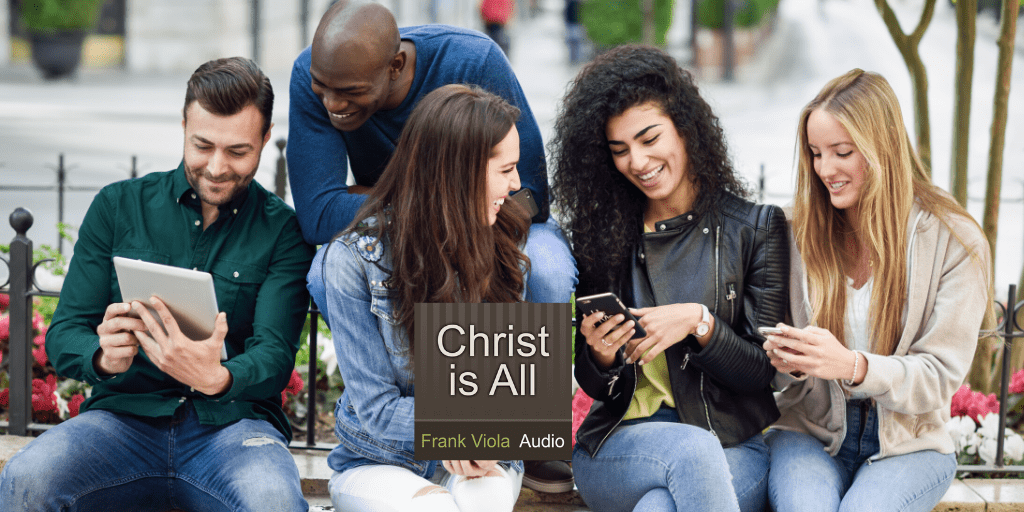 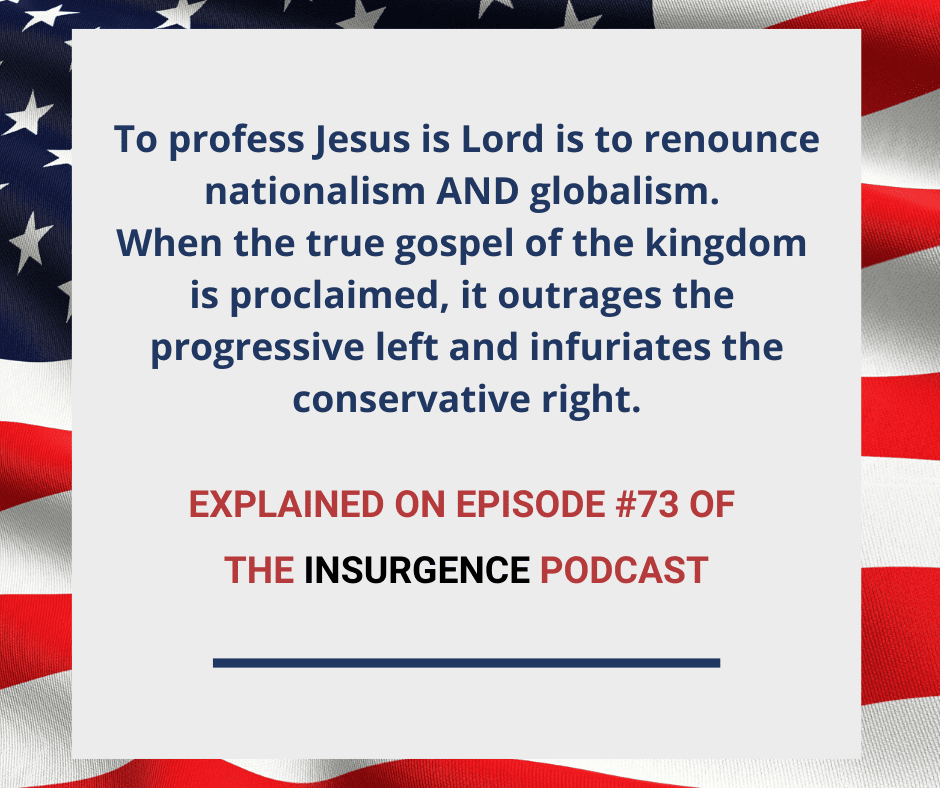 Evangelical
A 26-Year Old Remarks on Riots, Race, and...
The Deeper Journey
TRENDING AT PATHEOS Evangelical