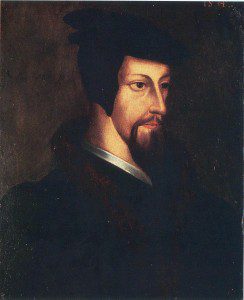 The Shocking Beliefs of John Calvin

Beware of anything that competes with your loyalty to Jesus Christ. The greatest competitor of true devotion to Jesus is the service we do for Him. It is easier to serve than to pour out our lives completely for Him. The goal of the call of God is His satisfaction, not simply that we should do something for Him.

John Calvin played a significant role in the development of Reformed theology, a theology that still flourishes today.

Hailed as a master theologian, the French Reformer’s writings still live and breathe in the twenty-first century.

Calvin was a second-generation Reformer (he was twenty-six years younger than Martin Luther).

Trained as a lawyer, he possessed a keen analytical mind.

By all counts, Calvin was an intellectual. He wrote the original version of his famous Institutes of the Christian Religion when he was only twenty-seven years old, updating it throughout his life. (Some regard the Institutes to be the single most influential theological work in history.)

What follows is not intended to debate the ethics or theological veracity of Calvin—including his system of theology which is still held dear by many. That being interpreted means, those of you who are wired to interpret anything but praise for John Calvin as equating to being “anti-Calvin,” calm down.

Along with Calvin’s admirers, there exists a loud and vocal group of “Calvin-haters.” Often, those who stand against Calvin’s theology think that personally attacking John Calvin is a means of discrediting the theological system of Calvinism, but it’s not.

I have high regard for Mr. Calvin and his contribution, even though I don’t agree with everything he believed. I suspect that when you finish this chapter, you’ll agree that not all of Calvin’s viewpoints were compatible with the teachings of Jesus. That fact alone should make us all more tolerant toward those with whom we disagree over doctrines.

1) Calvin believed that executing some unrepentant heretics was justifiable.

Keep in mind that during the sixteenth century, the church and the state were symbiotically combined. Severe heresy, then, was punishable by death. It was viewed as leading to both societal anarchy and eternal death. Most Christians of that day accepted the death penalty for heretics, except for the Anabaptists (but that’s another story).

The best known example of this societally accepted belief is when Calvin consented to the execution of Michael Servetus, a man who denied the Trinity and infant baptism. Servetus denied that Jesus was the Son of God in the orthodox sense.5

Servetus burned for thirty minutes before he died. Why?

Simply because of his theological views. (Well, it was actually because the fire was really hot, but you get what I’m saying.)6

John Calvin’s supporters are quick to point out that the great Reformer didn’t directly execute the man. And he even tried to persuade Servetus not to come to Geneva. Calvin also attempted to get Servetus to repent and sought for him to be granted a more humane execution (which was beheading instead of burning).

Even so, Calvin made this remark regarding Servetus, showing that he believed death for heresy was justified:

But I am unwilling to pledge my word for his safety, for if he shall come [to Geneva], I shall never permit him to depart alive, provided my authority be of any avail.7

One notable remark by Calvin was, “I hope that Servetus will be condemned to death, but I desire that he should be spared the cruelty of the punishment [of fire].”8

Nine years after the execution, Calvin made this comment when answering his critic François Baudouin:

Servetus suffered the penalty due his heresies, but was it by my will? Certainly his arrogance destroyed him not less than his impiety. And what crime was it of mine if our Council, at my exhortation, indeed, but in conformity with the opinion of several Churches, took vengeance on his execrable blasphemies? Let Baudouin abuse me as long as he will, provided that, by the judgment of Melanchthon, posterity owes me a debt of gratitude for having purged the Church of so pernicious a monster.9

Calvin is also quoted as saying,

Whoever shall now contend that it is unjust to put heretics and blasphemers to death will knowingly and willingly incur their very guilt. This is not laid down on human authority; it is God who speaks and prescribes a perpetual rule for his Church.10

One of Calvin’s contemporaries, Sebastian Castellio, allegedly said this about him:

If Christ himself came to Geneva, he would be crucified. For Geneva is not a place of Christian liberty. It is ruled by a new pope [referring to Calvin], but one who burns men alive while the pope at Rome at least strangles them first.11

Can we imagine Christ ordering a man to be burned alive for advocating adult baptism? The Mosaic laws calling for the death of a heretic were superceded by the law of Christ, which is one of mercy not of despotism and terror.12

Whether you agree with Calvin’s view or defend his actions because he was “a man of his times,” many Christians today find the idea of executing heretics to be shocking. Yet throughout various periods of church history, it was widely accepted.13

2) Calvin believed that the Eucharist provides an undoubted assurance of eternal life.

Calvin stated that the sacrament of the Eucharist provided the “undoubted assurance of eternal life to our minds, but also secures the immortality of our flesh.”

In context, Calvin is discussing how Christ is present in the sacraments. For Calvin, believers are united with Christ spiritually. It’s not that Christ comes down to be physically present in the elements, but that believers, are in a spiritual sense, taken up to heaven during the Lord’s Supper to be connected to Jesus spiritually.14

3) Calvin believed it was acceptable to lambaste his opponents with vicious names.

In this vein, Calvin said the following words about the great Anabaptist leader Menno Simons:

Nothing could be prouder, nothing more impudent than this donkey.16

The above is a short excerpt from ReGrace with the endnotes removed. There’s much more on Calvin and his views in the book.

March 23, 2019 The Sinner's Prayer - Where Did It Come From?
Recent Comments
8 Comments | Leave a Comment
"The insights Kenneth Bailey brings in Jesus Through Middle Eastern Eyes is just amazing, almost ..."
Graeme Cooksley Paul Through Mediterranean Eyes: Cultural Studies ..."
"I am surprised there are no comments about the Thompson Chain. I purchased my first ..."
David Hill The Thompson Chain Reference Bible
"I purchased a copy of the NET Bible a few months ago from a vendor ..."
jeff q The NET Bible
"Wonderful book. Ken Bailey is one of my favourite Biblical scholars."
Mo Fin Jesus Through Middle Eastern Eyes: Cultural ..."
Browse Our Archives
Related posts from The Deeper Journey 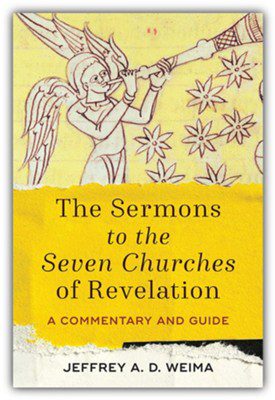 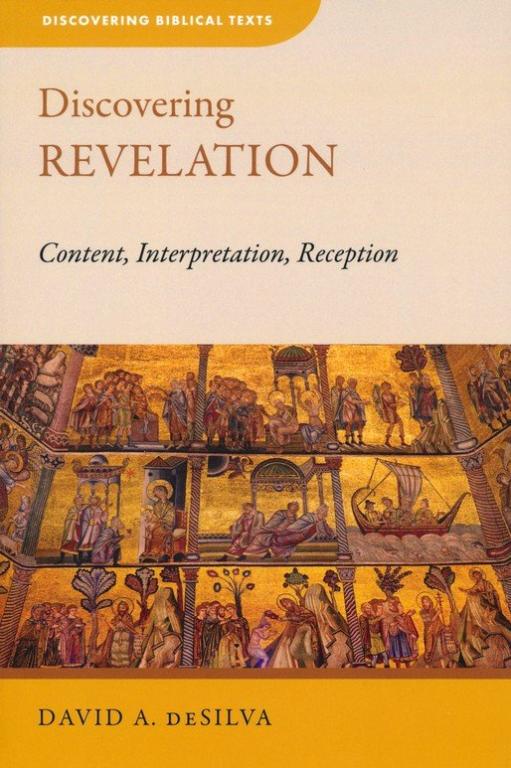