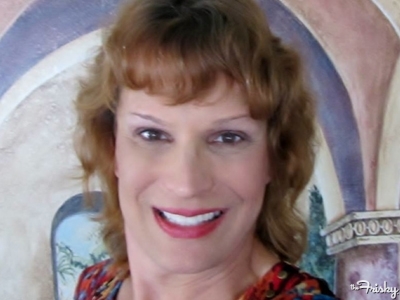 “Students should not be forced into an environment where they are coerced to accept or affirm a teacher’s gender identity issues.” – Andrea Lafferty, President, Traditional Values Coalition

ENDA (Employment Non-Discrimination Act) has been in the news lately, with grave concerns expressed in opposition.

“Should transgender people be allowed to teach in the classroom?” And, “If a formerly male teacher comes to class female, what would you tell your child?” These are excellent questions.

In this multiplicity of beliefs, thought, orientation and faiths: what do we tell our children? What do we believe ourselves?

The very idea of transgender people (whose internal gender conflicts with their external gender) is repugnant to many people. That’s clear. Our common understanding of the gender binary—that people are either male or female, period—requires black and white thinking. Anything else can be downright scary.

If something as foundational as gender is not clearcut, what other deeply held beliefs might be up for grabs? It’s like the ground suddenly moving. Terrifying.

Prior to any experience with transgender people, that is where I sat. But this discovery process I’ve been in these last few years has brought me a far distance.

I’d like to shine a different light on this issue of transgender.

The ENDA question—or transgender people teaching in our children—is really two issues: “I don’t even understand transgender.” and “Now what?”

1.) “I don’t even understand transgender.”

We all grew up with the gender binary (that means people are male or female, no gray area). As tiny children, we quickly learn to identity everyone as boy or girl; if we can’t, we’re unsettled. (“Mommy, is that person a boy or a girl?”)

Let’s just poke at it with a few facts to see what happens. (If it’s as ironclad as we think, we don’t have to be afraid to poke it.)

Some people from a very, very young age identify themselves as being the opposite of their physical gender. They didn’t choose it, and they can’t change it. Transgender is not a psychological disorder, regardless of our first reaction. (Just because something is disturbing to other people does not make it a psychological disorder.) Transgender people who must remain in their birth gender experience dysphoria in the form of isolation, depression, other symptoms, and even suicide. Those who are empowered to live as the gender they identify with find that these debilitating symptoms disappear. This is all true whether we like it or not.

I don’t expect you to suddenly agree with me, but I want to open the dialogue beyond simply saying, “This is just wrong.” A very common response is, “God created them male and female, and how could anyone in her right mind [like me] think otherwise??” Well, here’s the interesting part about that. God actually created some people as male and female. It’s called intersex, and it may include: being both genders externally; being one gender anatomy externally and the other internally; or being neither gender.

(in case you didn’t see it on my intersex post) opened my eyes to what I did not understand just a few years ago.

For years, doctors of intersex newborns would choose whichever gender they thought predominated and perform surgery to “make it so.” If you haven’t heard of this, it’s because of the silence around it, for fear of stigmatization. But many of those intersex babies later felt incongruent with the gender “assigned” to them. This further shows us that gender identity cannot be imposed from without. I realize how uncomfortable or unnerving this all may be, but that is not sufficient reason to deny transgender people their own experience. That leads to the second issue.

2.) What do we do with it? How do we treat people we don’t understand? How do we talk to our kids?

Society has an interest in protecting us all from hurting each other. That’s what many of our laws are about. But this is not a one-way interest. Parents have a legitimate interest to protect their children, but only within certain boundaries. Some parents may feel extremely threatened by a certain race, for instance. Regardless of how strongly they feel that, they don’t have the right to make the neighbors move away; or choose a white teacher instead of a black teacher; others have rights too. You see how interwoven it can get?

The mailing I mentioned above said this: “Parents have the sole right to make decisions as to whether or not such an environment where a teacher — who has decided to bring their ‘gender confusion’ into the classroom – is appropriate for a young child. Not government.” But I hope you can instantly see how this doesn’t work.

Parents do not make such decisions. In many school districts, parents would not want a wheelchair-bound teacher in the classroom. Or African-American. Or white. Or a woman. Or a man.

Some people will never get along. But the rule of law in our society does not allow us to exclude people because we perceive a threat.

And the law of God especially requires those who bear the name of Jesus not to exclude others based on a perceived threat.

We live in a multicultural society and a changing world. What is completely obvious to one group (our children should not have to face the transgender issue at a young age) is anathema to another (transgender is a reality that should be de-stigmatized, not further stigmatized).

We simply answer this question the same way we answer other layered questions for children, in terms they understand…

Q. Mommy, is that person white or African-American?

A. I think maybe one of their parents is African-American and one is white.

Q. What’s wrong with that person?

A. I don’t know, but for some reason his legs don’t work so he uses a wheelchair.

Or for the question above:

Q. Why was my teacher a man last year but now is a woman?

A. Because what some people look like a boy on the outside but they feel like and know they are a girl on the inside.

Life has a lot of things we don’t understand, doesn’t it? And even people who use their interpretation of the bible to ‘clearly define’ everything do a disservice to, and even harm themselves and others, including their children, when they insist on presenting layered issues as black and white.

The truth is they are not. The more we try and nail things down in black and white, the more we are wrong.

May 19, 2014 Don't Be Afraid
Recent Comments
0 | Leave a Comment
Browse Our Archives
get the latest from
FreedHearts
Sign up for our newsletter
POPULAR AT PATHEOS Progressive Christian
1