Crazy Is As Crazy Does 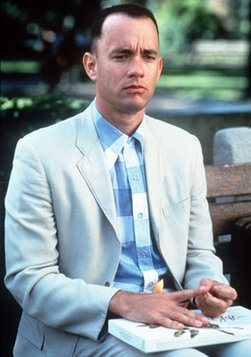 I wonder if people sometimes think I’m crazy. Okay, a variety of reasons for that might pop to mind, but I am thinking of this one.

When I am by myself — walking, driving, at the mall — I talk out loud. Sometimes working through my thoughts, getting them out. Often, I’m talking to God, praying, but unless you can hear me, you don’t really know that the heck I am doing!

In New York City, people on the street have very animated discussions, with no one you can see. Years ago, you would assume, Crazy. Nowadays, you look for a bluetooth. My daughter (who lived in NY) said the joke for this is, ‘Crazy or Bluetooth?’

A while back, I was amused by an incident that reminded me of me. I was with Rob at a restaurant, and through the window I could see a woman on the patio having a discussion. Fully animated. My husband was blocking the view of the seat opposite this woman, which I naturally assumed was occupied. But when Rob moved, I saw the seat was empty. I looked around the patio, but the woman was completely alone.

I want to put a nice little point on this, but I’m not sure what it is…

“Don’t judge others because you don’t know what’s going on in their lives.”

“One person’s crazy is another person’s prayer time.”

“Pray without ceasing, even if you’re out by yourself. And don’t worry about people watching.”

Perhaps I’ll just say, “Crazy is as crazy does” … and enjoy your prayer time, wherever and whatever it is.

August 27, 2014 "Us and Them" - Are We Radically Inclusive?
Recent Comments
0 | Leave a Comment
Browse Our Archives
get the latest from
FreedHearts
Sign up for our newsletter
POPULAR AT PATHEOS Progressive Christian
1

Silence is Not Always Golden: Class Participation in...
Classes start on my college campus three weeks from this coming Monday....
view all Progressive Christian blogs
What Are Your Thoughts?leave a comment
Copyright 2008-2020, Patheos. All rights reserved.