“Us and Them” – Are We Radically Inclusive? 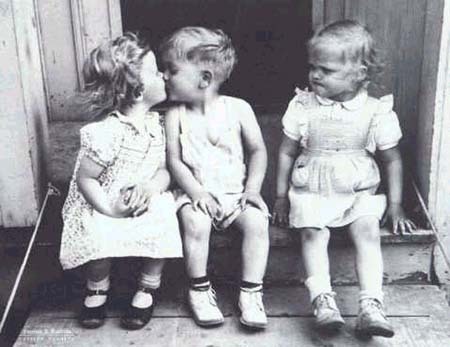 I saw the group of people in the airport. It’s a religious sect, whose name you know. Nothing stands out about them – they dress in regular clothes. They could have been here for a convention or a family reunion. I recognized them only because of their nametags. Apparently they do a lot of conventions, as I’ve come to recognize their nametags in airports, in the hotel where I recently attended a conference. It’s a religious sect, and it makes me a little nervous. They’re “nice”… they’re “friendly”… There is nothing to be “nervous” about, but I am uncomfortable around them.

I know little about them, except that they have an agenda, they believe they are in and others are out – us and them. And, they likely see me only as someone who is outside their group – if they see me at all. If I’m not willing to be drawn into their sect, then they probably have nothing to talk to me about.

It began to seep into me… around the edges… under the door… This is how people feel around Christians.

They see Christians as having an agenda, that they believe they are in and everyone else is out. They see others only as someone who is outside their group – if they see them at all. Unless those others are willing to become Christians, then they have nothing to talk about.

Jesus did not come to start a sect or a new religion. He came to stand against religion. Jesus came to offer life. And he offered life to everyone. He did not separate the in from the out. He was not starting a club. No conventions, no nametags; he did not have an obedience-based agenda. He simply said, Follow me.

He said this very strange thing, that people would know we are his disciples because of our overflowing love for each other. Not our doctrine, nor our list of banned behavior, not even how “nice” we are. Not our list of who’s in and who’s out, either.

Love. Love is what would mark us as people who follow Jesus; love is the one job Jesus gave us to do. Just love.

That’s the feeling in my stomach. It’s the sick realization that so many of us have missed our main call, and people hold their nose as we walk by.

I’m grief-stricken because the world does not see our overflowing love and know we’re Jesus’ disciples. It sees our harshness and rules, and it attributes that to Jesus.

That creepy feeling I get around this religious sect at the airport is what other people get around so many Christians. And they miss it. They miss the wonderful life, example, and love that the true Jesus models and offers.

August 28, 2014 We Need Each Other
Recent Comments
1 Comment | Leave a Comment
Browse Our Archives
get the latest from
FreedHearts
Sign up for our newsletter
POPULAR AT PATHEOS Progressive Christian
1