The Broken Church: It’s Not Our Job To Tell Anyone That God Condemns Them

The Broken Church: It’s Not Our Job To Tell Anyone That God Condemns Them April 20, 2015 Susan Cottrell 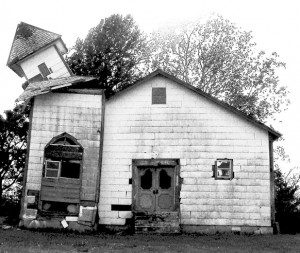 Did you hear the one about Sherlock Holmes and Dr. Watson going camping?

After sharing a good meal and a bottle of wine, they retire to their tent for the night. Some hours later, Holmes awoke and nudged his faithful friend. “Watson, look up into the sky and tell me what you see?”

Watson said, “I see millions of stars.” Holmes asks, “And, what does that tell you?”

Holmes retorts, “Someone stole our tent.”

In sorting through, and trying to understand the details, we can so easily miss the broad and overarching point. I now think of that story every time I think of the woman forgiven for adultery – my favorite story from Jesus.

This story shows God’s enormous forgiveness, far beyond the Law, apart from repentance.

And, by the way, the vast majority of today’s Christian church – regardless of denomination or lack thereof – is legalistic. Why? Because the focus is on behavior – on right and wrong, instead of on life.

Invariably, when we point to that story as an amazing gracious gift on God’s part, someone immediately jumps in with: “but he told her to go and sin no more!” As if to unravel it. As if to throw black paint across the beautiful picture of truth and intimacy with God that Christ has painted.

I explain more fully in my post, The Woman Forgiven for Adultery, what Jesus is actually saying, and why Jesus shows us two vital pieces, as vast as the sky, that Christians today need to wrap around their every interaction in his name.

One… Whatever he said, Jesus is the one who said it to her! We just watched him stop any living soul from correcting her, condemning her, diminishing her, shaming her – or harming her. He stopped them from carrying out punishment for a clear violation of the law. None of that was anyone else’s prerogative, period. If Christians would embrace that, it would actually stand a chance of becoming a sweet aroma of Jesus to a world in need instead of an acrid stench they recoil from.

Two…  Jesus did not condemn her! Caught in the act of flagrant sin, sin that by law required her immediate execution by stoning, still Jesus did not condemn her. He set aside the law. That is remarkable. Absolutely remarkable. We have no standing whatever to tell people that Jesus — or God — condemns anyone for anything. No standing. And we have no standing whatever to condemn anyone ourselves.

These two truths, this message of compassion, grace, forgiveness, and unconditional love is the truth and the core message of Jesus – and, sadly, it is too often a far cry from what is taught on Sunday mornings.

When we as a church steep ourselves in these truths, when they ooze out of our pores, they will set our hearts free to love and be loved.

We have comprehensive resources; and supportive, inclusive community; for parents, for LGBTQ, and for those in the church. Just CLICK HERE. 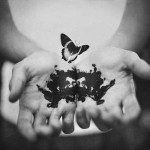 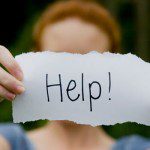 April 22, 2015 Another LGBT suicide. Moms & Dads, hug your kids, love them well, be there for them. They need you!
Recent Comments
0 | Leave a Comment
Browse Our Archives
get the latest updates from
FreedHearts
and the Patheos
Progressive Christian
Channel
POPULAR AT PATHEOS Progressive Christian
1

You must remember this
slacktivist