James Dobson doesn’t really “Focus on the Family”… he just focuses on SOME families. Full marriage equality is coming; full acceptance, inclusion and belonging is coming. It’s only a matter of time, and it’s about time!

Dobson’s attacks, representative of so many in the non-affirming evangelical church, have gone on for a long time and they are getting old and are more out of touch than ever. They are unBiblical and unlike the Jesus they claim to represent.

As I have written before, God does NOT define marriage as a man and a woman. My mentor pointed out years ago that Dobson would have been much more helpful all these years if he’d had a “Focus on Jesus” – instead of idolizing the nuclear family as he sees it. (Anyone who knows Jesus knows he is all about breaking down our boxes!)

Sarah is the niece of a friend of mine. She is straight, a Christian and married with a family. A while back, Sarah’s uncle, a conservative pastor, forwarded Dobson’s letter for his whole family to see, and he may have assumed that everyone was on board with his opinion. Instead of just deleting his email, Sarah spoke up with the response below to say that no, they’re not.

Her response is powerful and poignant and classic – as timely today as it was a few years ago.

If you’ve been in this battle for any length of time, you’ve heard all the misleading, anti-gay rhetoric before. Sarah’s answer represents a broader Christian—and Christlike—perspective, the relevant perspective.

If you are being pummeled with panic-induced appeals to “fight gay marriage and the evil gay agenda,” let this letter encourage you.

Normally, I would not respond to forwards of articles on religion, spirituality, faith, etc. However, I am compelled, for several reasons, to respond to you. Please know that I do so out of a desire not to attack you, but for you to hear something that needs to be heard by a great many more people in the Christian and Catholic community, especially those in positions of spiritual leadership.

You are a pastor. Your message is supposed to be that of love. What is sobering and disturbing to me is that you’re so wholeheartedly standing with these men who say that so many people out there, who just want to be loved and cared for equally, without fear of persecution, like everyone else, are less than you, less than me, less than anyone else who is straight.

What makes you think that condemning an entire group of people and claiming they will lead to the destruction of society has anything whatsoever to do with Christ’s teaching to love one another as we love ourselves?

Do you truly think that if a person is blessed to find a partner in life who will support them, love them as they are, without conditions, and they are able to affirm to each other, their families, friends, and community that they are committed to sharing both joys and sorrows for the rest of their lives, this will lead to the destruction of society? That love that expresses itself differently than yours is going to lead to the end times?

If you want to talk about the destruction of modern society being brought about by one group of people, I would point you in the direction of the people who have spent billions of dollars to control everything about our government and economy. Guess what? Those conservative politicians they prop up aren’t actually interested in who is gay, in who uses birth control, in who is a “good Christian” and who is “ungodly.” They are interested in making money.

Ungodly amounts of money, I would say. While they spend millions of our tax dollars trying to push through smokescreen “morality legislation,” they are hurting the very people they claim to represent, by failing to protect them from the powerful corporations that seek to subjugate us into an oligarchy where those who have money have 100% of the power.

I promise you, the people who shout the loudest about so-called family values do not care about them in the slightest. They’ve figured out that fear-mongering by claiming that your rights as a Christian will be infringed upon by giving someone else who is different than you the same rights has worked well for them. I can tell you something about these wild claims about businesses being forced to serve gay people: If some baker says they don’t want to make a gay couple a wedding cake, they aren’t going to demand that baker make it. They are going to find a baker who will. If a pastor doesn’t want to officiate at their wedding, they’ll find a different pastor. They’ll vote with their wallet. But I could go on about that all day, and that’s not the main thing I wanted to say to you.

It is not that long ago that, in this country, a mixed race couple’s marriage was considered to be an aberration and unlawful and not pleasing to God. It was thought to be a union that was less than a marriage between a white man and a white woman, and therefore, not deserving of equal protection.

It was not that long ago that, in this country, it was acceptable for people (including all of our founding fathers by the way, who keep getting trotted out as the ultimate Christians) to own people… slaves. Slaves were considered less than fully human and not worthy of equality. Our society, by and large, has realized this was terribly wrong.

For thousands of years, wars have been fought over who knows better how to worship God. On which people are the chosen ones, and which ones should be eradicated from the face of the earth. The concept of one group of people deciding who gets full privileges and membership to enjoying the love of God is a deadly one.

Christianity was never meant to be an exclusive club only straight people can join. Fortunately, millions of Christians, and thousands of churches in America, know that.

Robert George asks, “Do you believe, as I believe, that every member of the human family, irrespective of age or size or stage of development or condition of dependency, is the bearer of inherent dignity and an equal right to life?”

Gay people just want to be treated with inherent dignity, and an equal right to life, a life without persecution. A life where people aren’t shouting from the pulpit that they don’t deserve the love that makes them happy. Gay people have much more to fear from you than you have to fear from them.

Lip service about “love the sinner, hate the sin” and all of that other hypocritical hogwash that tries to dress up condescending homophobia as a pious wish for people to get closer to God by rejecting a part of themselves will not fly with me.

After we originally shared this, Sarah emailed us with an update:

“Thank you all for taking the time to read and reflect upon my letter to my uncle. I was touched when Rob and Susan asked to share it with their community, and am very pleased to see how it went viral on Facebook thanks to so many of you. I’ve read a lot of the comments and discussions on the message board. I love that there is so much fierce love out there for the LGBTQ community. Everyone can make a difference. I think the popularity of this blog post goes to show that there are a lot of people out there who haven’t come out to some members of their family (as LGBTQ or as supporters of the LGBTQ community) because they know those people are intolerant. If you have the urge, I think it is worthwhile to have that conversation now. “Protecting” friends and family who would potentially cut their ties with you or think less of you, in my opinion, is doing a disservice to them. The more open we are, and the more discussion there is about equal rights, the better chance we have for wider acceptance. I think that what happened in Ireland with the popular vote goes to show that regardless of our roots/previous definitions of what marriage is, the majority of people these days do support equal rights, and know that it is the right thing to do. Let’s keep that going.”  — Sarah

Let’s agree with Sarah and keep this going. If you would, please take a moment to SHARE this post.  Thank you!

FreedHearts is changing the human conversation on love and inclusion. We have resources for parents; LGBTQ; counselors; educators; and those in the church. Please come say hello at CLICK HERE. 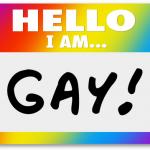