A Personal Guide to Fighting Poverty

Today is a bad day.  Unemployment is back up to 9.2 percent despite jobseekers leaving the workforce in droves and previous job gains have been revised to reflect job losses.  The poverty rate is climbing, and now more than 43 million Americans are poor.

What can we do?  What can Christians do, as a practical matter, to fight poverty?

There’s no doubt that the causes of poverty are complex, but we do know a few things with a high degree of certainty.  First, on a macroeconomic level, greater economic freedom leads to greater prosperity.  Second, on a cultural level, family status is perhaps the single-best predictor of family outcome.  Third, as Christians we are repeatedly called and commanded to aid the poor.

What can you do about macroeconomics?  Not much, actually.  It’s a simple reality that any given American’s impact on our national economy or our economic policies can’t be measured with an electron microscope.  Our voices should be heard, but individually they don’t have much impact.  In fact, I’d suggest there exists an iron law of service:

In other words, you can’t “change the world,” but you do have a chance at impacting your own home and the lives of people around you.  Give to World Vision, and volunteer for political campaigns, but don’t think that by doing so you’ve discharged your duty to the “least of these.”

I’d suggest that the key to your influence over poverty rests not in macroeconomics but in marriage and family.  It’s around the hearth and home where the real impact is made, and it’s there that the work is hardest, most exhausting, and — ultimately — most powerful.

So, how can we fight poverty?  How can we serve the poor?  Here’s my best shot at a personal guide:

First, be faithful to your own marriage and family relationships.  This sounds simple and self-regarding, but it’s also foundational.  If marriage stands as a firewall against poverty and want, then remaining married helps ensure that you and yours don’t fall victim to the prevailing economic trends; remaining married gives your own children a chance; and a healthy marital relationship is itself a tremendous platform for service as your efforts are multiplied through your spouse and older kids.  You can’t save a drowning man if you’re drowning yourself.

Second, don’t just live within your means, live below them.  I know from bitter personal experience that following the all-too-typical American pattern of living exactly as prosperously as your paycheck allows not only places your family in peril in the event of job loss but also dramatically impacts our ability to be generous to those in need.  We have to understand — to the very core of our being — that our money and assets ultimately belong not to us but to God.  I have seen friends in need and been unable to help because of my own (very silly) financial choices.

Third, enable marriage, not divorce.  One of the worst developments in modern evangelical culture is our increasing acceptance of divorce.  (To be clear, God’s grace of course extends to the divorced; I’m speaking instead of the willingness to sanction and accept divorce as it’s unfolding).  Friends would rather help spouses nurse grievances, or offer a shoulder to cry on, than have tough conversation about fidelity and selflessness.  Divorce is so traumatic, so painful, that it can launch even middle-class couples into downward spirals of increased household costs, substance abuse, and depression.  Amongst your circle of friends, make a vow: You will do all you can to preserve, protect, and defend their marriages and families.

Fourth, invest yourself fully in individual lives.  Remember the rule: You can have a tiny amount of influence over a large number of people or a large amount of influence over a tiny amount of people.  What does that mean in the real world?  That means adoption.  That means foster parenting.  That means taking families under your wing and helping them (with gifts, not loans) as they struggle through hard times.  That means serving as a big brother or a big sister.  Invest in lives, don’t drive by them.  And when you invest, know this — your investment will be risky.  You’ll risk your family, your heart, and your money with no certain outcome, no guaranteed happy ending.

Fifth (and finally), do the rest.  In this category are all the things you do when a person typically thinks of “fighting poverty.”  Serve in a soup kitchen.  Donate canned goods.  Sponsor a child.  Fight for the right candidates and public policies.  Volunteer at a homeless shelter.  Do all that “change the world” stuff you see lionized on television and movies.  But be humble about it . . . because you won’t be making much of a difference to anyone.

“Religion that God our Father accepts as pure and faultless is this: to look after orphans and widows in their distress and to keep oneself from being polluted by the world.”  (James 1:27)  Those words imply personal engagement, not mere advocacy, not drive-by service, and certainly not mere compassionate thoughts (or prayers).

We can argue all day long about politics, about progressivism or conservatism, and spew vitriol in comment boards (all in good fun, of course), but none of that is of the slightest real-world significance compared to the distress of the family in the pew behind you, the fatherless child you’re called to love, or the troubled kid you take the risk to mentor.

And one final note . . . I have far from perfectly walked the walk.  But as I see the unemployment figures — and as my own community has experienced factory closures and job losses — I repent of my failings and resolve to do better.

We simply don’t have a choice.

July 11, 2011 Happy Monday -- Here is Your Reformed Rap of the Week
Recent Comments
20 Comments | Leave a Comment
"and what makes this even better is that the two girls are sisters http://www.huffingtonpost.c..."
d Black activists cried "racism" over this ..."
"It's heart wrenching to hear about this. Our country is getting more vile and depraved ..."
BlackSun Syndicate Target proudly welcomes men to use ..."
"a wolf dressed as a sheep is still a wolf - if u have a ..."
Aussie In Austin Target proudly welcomes men to use ..."
"I am picturing a little turd in pajamas sipping coffee."
Cantbelieveyouthinkthis Los Angeles Craigslist ad somehow captures ..."
Browse Our Archives
Related posts from The French Revolution 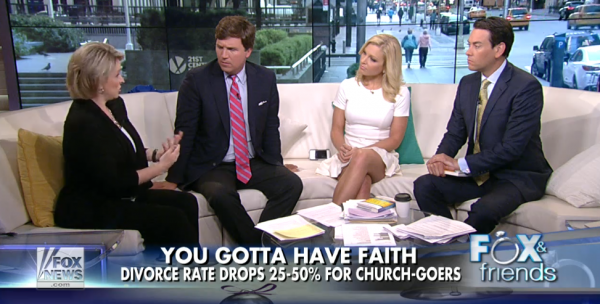 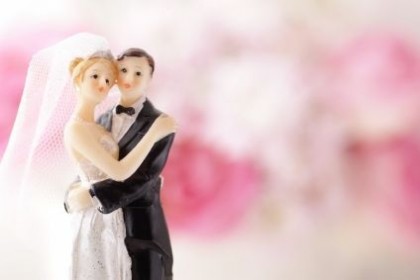 Politics Red
Her Husband Said He Was Leaving. She Didn't...
The French Revolution
TRENDING AT PATHEOS Politics Red