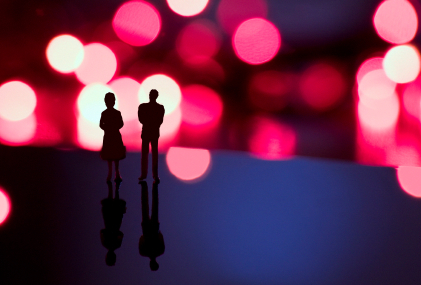 I met a man when I was twenty years old and fell in love immediately.  By the second date, I knew I’d marry him if he asked me.  And, within a few short weeks, he did just that… so spontaneously he didn’t even wait until he had a ring.  Three months later, we were in France, buying flowers off the street from a vendor and getting married in the upstairs room of a restaurant.  We barely knew each other, and some of the ceremony was in French.  We either got married or agreed to be Amway sales reps.

Our spontaneity, of course, was a recipe for disaster.  And, according to a new report from the U.S. Census Bureau, I fit the mold.  Southerners tend to get married – and divorced – more than their Northeastern counterparts.  I even dropped out of college after getting married, which pretty much makes me a walking stereotype (though I am currently wearing shoes and am not pregnant).

Why are Southerners getting divorced so frequently?  Some blame — wait for it — the Church.